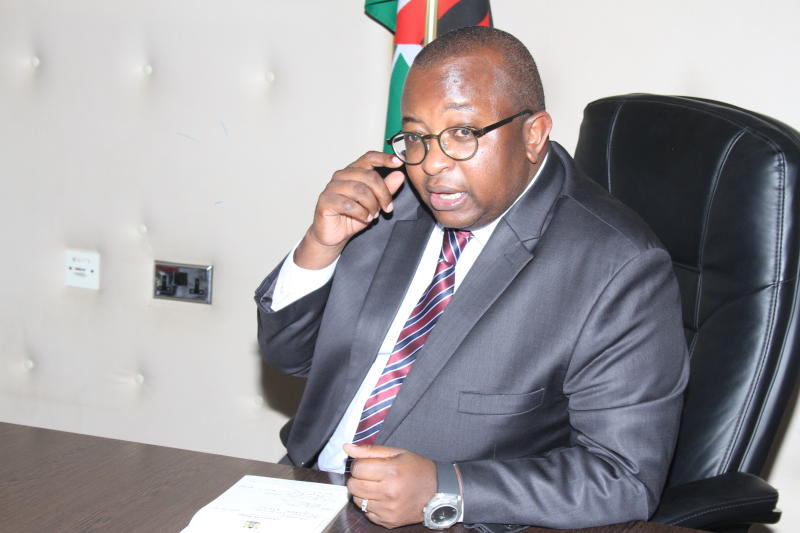 Over 270,000 youths are set to benefit from the second phase of National Hygiene Programme (NHP) better known as Kazi Mtaani that kicks off on Monday.
State Department of Housing and Urban Development Principal Secretary Charles Hinga (pictured) Friday said an inter-ministerial team has already developed grassroots programmes with a Sh10 billion budget outlay as recently announced by President Uhuru Kenyatta.
Hinga said the national government, through Kazi Mtaani, will underwrite labour costs while county governments will provide resources for projects, including materials and technical designs.

The PS said that in the first phase of Kazi Mtaani, 31,689 Kenyans in eight counties were involved in national initiative designed to cushion the most vulnerable, but able-bodied citizens living in informal settlements from the effects and response strategies of the Covid-19 pandemic.
“The Kazi Mtaani national technical committee has prepared robust works plans that will see more than 270,000 Kenyans earning a Sh455 daily wage and engaged in more community and infrastructure development projects,” Hinga said.
The first phase of Kazi Mtaani focused on informal settlements in the counties of Nairobi, Mombasa, Kiambu, Nakuru, Kisumu, Kilifi, Kwale, and Mandera.

How ASMR Is Helping People Improve Their Mental Health