How not to get fooled if your boss tries the same tactics on you.

Elizabeth Holmes fooled a lot of people. The Theranos founder promised to revolutionize health care with a pinprick of blood and ended up indicted on charges of defrauding investors and deceiving patients and doctors.

She was found guilty of fraud earlier this year and just sentenced to more than 11 years in prison.

In the HBO documentary “The Inventor: Out for Blood in Silicon Valley,” viewers can see how she was able to convince journalists, venture capitalists, White House officials and military generals about her supposedly revolutionary new blood testing invention ― a portable box she said could swiftly run hundreds of tests on just a few drops of blood ― before her lies started unraveling and her $9 billion company cratered.

It is easy to disbelieve Holmes’ grandiose promises as an outsider watching the documentary. What’s fascinating about the film is seeing Theranos employees who knew Holmes’ machine was not able to accurately perform blood tests as she claimed, but who in many cases continued to try to develop it and believe in Holmes’ vision.

But hers is not an unusual kind of psychological con being pulled on employees. Other corporate leaders also use manipulation tactics to retain workers and get them to toe the company line. And these tactics are things employees everywhere need to watch out for.

We want to believe we are making a difference in the world and that our work matters. In a survey of 2,285 American workers across 26 fields and a range of pay levels and company sizes, nine in 10 said they would take a cut in their lifetime earnings for more meaningful work. But seeing your job as a higher calling can make you susceptible to being played.

Tyler Shultz, one of Theranos’ early believers and ultimate whistleblowers, detailed how hard it was to reconcile the vision of Theranos he believed in with the sketchy reality: 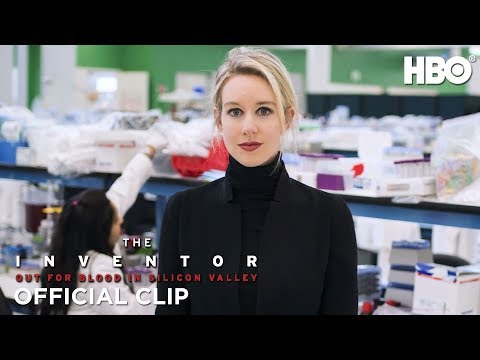 “I knew Elizabeth personally from all these interactions through my family, so I really trusted her. I believed in her. I would leave the [testing lab in the Theranos office], thinking, ‘Oh man, sinking ship.’ And I would go have one conversation with Elizabeth, and I would be so motivated to go back and work and I felt like I was changing the world again,” Shultz said in the documentary. “You want it to be true so badly, and even for me, I was working with these devices every single day, and she could still kind of convince me.”

Maria Konnikova, a psychologist and author of The Confidence Game: Why We Fall for It…Every Time, has studied con artists. She said the appeal to a higher calling is a common way they persuade victims to overlook red flags.

“You create this cycle of rationalization,” Konnikova said. “You want to make the victim to feel like they are the bad guy, like they’re the person who is doing something wrong: ‘Are you the kind of person that could doubt that me, angelic me, would do something like this?’”

Con artists at work can play on our desire for a better world.

“Every element of the con thrives on hope and on optimism and on this over-optimistic bias that we have that the world will be better tomorrow than it was yesterday, than it is today. And con artists really sell us that version of reality, and we want to believe it, and that’s why we do,” Konnikova said. “It seems like Elizabeth Holmes really drilled down on that specific thing.”

In a 2017 paper titled “The Mismanaged Soul: Existential Labor and the Erosion of Meaningful Work,” a team of organizational behavior researchers in the U.K. analyzed the dark side of meaningful work. They found that organizations can “use the rhetoric of service to a higher ideal to mislead members about the nature of their work, what the organization can offer employees, and about the societal value of the organization, in pursuit of the profit motive.”

Holmes was consistent in selling her employees on the dream of radically improving health care. “The miniLab is the most important thing humanity has ever built. If you don’t believe this is the case, you should leave now,” Holmes announced at a 2011 Theranos Christmas party, according to journalist John Carreyrou’s book Bad Blood: Secrets and Lies in a Silicon Valley Startup.

This is a familiar tactic that Holmes’ idol, the late Apple CEO Steve Jobs, was known for using. John Lilly, a former Apple employee, wrote that Jobs once told staff: “If you want to make Apple great again, let’s get going. If not, get the hell out.” Lilly added that it was “not an overstatement to say that just about everyone in the room loved him at that point, would have followed him off a cliff if that’s where he led.”

This can be an effective strategy for managers to rally the troops, but it can also be used to get people to stay at a job they should leave. Telling people they can walk away is a tactic that con artists use as well, Konnikova said.

“You turn the table and you say, ‘Okay, you can get out anytime you want, you want to walk away? Walk away, that’s fine, it’s on you, you’re the one who is basically walking away on our agreement,’” Konnikova said. “It works like a charm. Oftentimes, people who were going to walk away end up staying because that kind of reverse-psychology guilting is incredibly powerful.”

Companies use rituals, like parties and motivational pep talks, to bond employees to the cause. In one surreal sequence of “The Inventor,” we watch a company-wide celebration organized after Theranos received Food and Drug Administration clearance for a minor test in July 2015, a few months before a Wall Street Journal report would raise the alarm about Theranos’ questionable practices. MC Hammer’s “U Can’t Touch This” blasts on speakers as Holmes and her top executives dance and play in a bouncy house.

Fun events are not inherently a bad practice, but can be cynically deployed to keep workers going. In “The Mismanaged Soul,” researchers cite an example of “how workers in one organization were required to participate in ‘fun moments’ as part of a package of measures aimed at boosting commitment, with those failing to demonstrate sufficient ‘fun’ experiencing stigmatization.”

We have a desire to be accepted as a member of a group, and that can be used against us. The Confidence Game cites psychology and marketing professor Robert Cialdini’s principles of persuasion, which hold that one of the biggest motivators is consensus.

“Especially when they are uncertain, people will look to the actions and behaviors of others to determine their own,” Cialdini says on his website.

For Theranos’ top leaders, it was them against the world, and they sent that message to employees.

“We are going to send a message to [established blood testing company] Quest Diagnostics,” Sunny Balwani, Theranos’ president and chief operating officer, tells a room full of staff in the documentary, adding, apparently without evidence, “Remember, these are the guys who are after us, and they are attacking the work that you guys are doing. Are you ready? … One, two three, fuck you!” The camera pans to the Theranos workforce. They yell back the expletive. There are rows of suited people standing up from their chairs, swearing their allegiance to a company as they clap and raise their arms in aggressive enthusiasm.

Holmes also invoked this us-against-them message in a televised interview after The Wall Street Journal published its damning 2015 report. “This is what happens when you work to change things,” Holmes said on CNBC. “First they think you’re crazy, then they fight you, then you change the world.”

In the management book Scaling Up Excellence, Stanford professors Robert Sutton and Huggy Rao analyze this strategy. “The ‘name the enemy’ strategy can be extremely effective,” they write. “But it can also backfire. It loses its punch when you try it over and over and repeatedly fail to best your enemies. It can do more harm than good if your claims are seen as delusional or inauthentic.”

We cannot know if Holmes is a narcissist, but some of her behaviors reflect the tactics of leaders with narcissistic personality disorder, said Marie-Line Germain, an associate professor of human resources and leadership at Western Carolina University and author of Narcissism at Work: Personality Disorders of Corporate Leaders. Germain said narcissistic leaders can use dichotomous terms like “you’re with me or you’re against me.”

“Anything that may damage that image of perfection that they have of themselves is unwelcome and needs to be destroyed,” she said.

This us-versus-them message can also play on our need for belonging to a group. “There is strength in unity, and people who are isolated don’t survive. People know that. … It goes hand in hand with peer pressure, and the idea that we can only survive if we are a team, if we are a group,” Germain said. “It is a natural instinct that we have and the [narcissistic personality disorder] leader knows that.”

How to break free of workplace manipulations.

Part of not getting played by a manipulative boss’ mind games is to remember your core values and to build self-awareness of your weaknesses. In The Confidence Game, Konnikova details how self-knowledge can protect people from being pulled in by a con: “Know what people you’re likely to trust, what triggers are likely to catch you, whether positive or negative, and try to be aware of your own behavior that you won’t get swept up in it,” she wrote.

This is a difficult challenge. The many investors, employees, and others who were captivated by Holmes’ vision speak to that.

“It does take people a lot of courage to get out of that vicious cycle. They know they are fighting a battle that they are not going to be believed. The amount of convincing that they’ll have to make is discouraging,” Germain said.

But, as demonstrated by Tyler Shultz and Erika Cheung, two whistleblowers who helped expose the Theranos fraud, it is possible, despite the promises and threats Holmes and Theranos’ legal team used to try to keep them compliant and silent.