AC Milan say they “strongly disagree” with and were not consulted about the use of monkeys in artwork for a Serie A anti-racism campaign.

The ‘No To Racism’ posters show three monkeys with painted faces.

“Art can be powerful, but we strongly disagree with the use of monkeys as images in the fight against racism,” said an AC Milan statement.

The club added they were “surprised by the total lack of consultation” over the artwork, which will be displayed at Serie A headquarters in Milan.

AS Roma also expressed their “surprise”, adding: “We understand the league wants to tackle racism but we don’t believe this is the right way to do it.”

✔@acmilan
Art can be powerful, but we strongly disagree with the use of monkeys as images in the fight against racism and were surprised by the total lack of consultation. @SerieA_EN 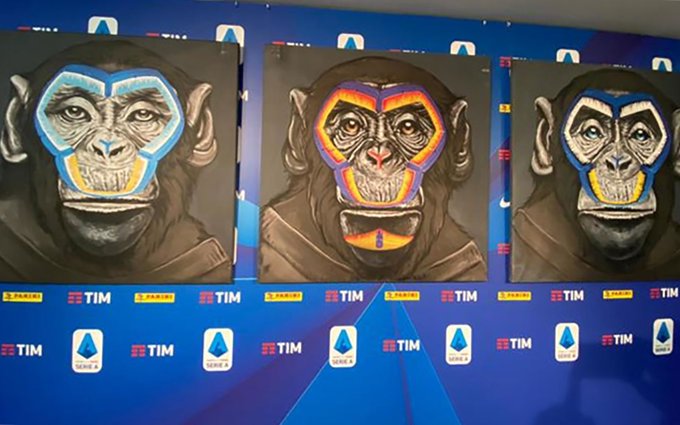 The former Arsenal chief executive told BBC Radio 5 Live: ” It is quite obvious that those subtleties would be lost in the communication and it is a very clumsy way of trying to launch what is actually what we hope will prove to be an affective campaign to drive racism out of Italian football.

“There is a real lack of process around these images. I find it difficult to explain. It does speak to a lack of self awareness and awareness of the sensitivities of the history.

“The Italian league needs to listen to the victims of this behaviour, needs to listen to experts in this field and needs to understand that these are not answers that can be imposed from some kind of theoretical leadership in the sky that has no experience of them.

“You have to listen and understand and engage with others that are on the same journey.”

Former Premier League defender Sylvain Distin says he does not understand “how you can fight racism with something that looks like racism”.

“It just doesn’t make any sense to me, to the point that I went and tried to read as many interviews with the artist as I could,” Distin told BBC Radio 5 Live.

“It’s true that he did a lot of portraits and painting and art around monkeys for five or six years and, from what the artist was saying, it was just his way to say that we are all monkeys – but it just doesn’t look right.

“I just really don’t get it. Are they trying to make things so big that all the little incidents that happen every weekend in Italy just look normal? I don’t understand what they expect, what kind of reaction do you expect with this kind of act? I just don’t get it, I don’t see the point.”

At a news conference on Monday, artist Simone Fugazzotto, who always uses monkeys in his work, said: “For an artist, there is nothing more important than trying to change the perception of things through his own work.

“I decided to portray monkeys to talk about racism because they are the metaphor for human beings. Last year, I was at the stadium to see Inter v Napoli [a match in which Napoli defender Kalidou Koulibaly was racially abused] and I felt humiliated. Everyone was shouting ‘monkey’ at Koulibaly, a player I respect.

“I’ve always been painting monkeys for five to six years, so I thought I’d make this work to teach that we’re all apes. I made the western monkey with blue and white eyes, the Asian monkey with almond-shaped eyes and the black monkey positioned in the centre, where everything comes from.

#ASRoma was very surprised to see what appears to be an anti-racist campaign from Serie A featuring painted monkeys on social media today. We understand the league wants to tackle racism but we don’t believe this is the right way to do it. 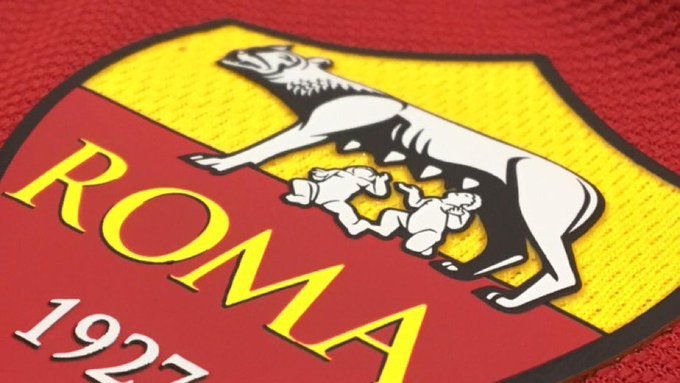 Anti-discriminatory body Fare said it was left “speechless” and the campaign looked like a “sick joke”, while Kick It Out added the use of monkeys was “completely inappropriate”.

Serie A chief executive Luigi de Siervo said the league’s commitment against all forms of prejudice was “strong and concrete”.

He added: “We know that racism is an endemic and very complex problem, which we will tackle on three different levels: the cultural one, through works like that of Simone; the sporting one, with a series of initiatives together with clubs and players; and the repressive one, thanks to collaboration with the police.”

In November, Brescia’s Mario Balotelli called fans who shouted racist abuse at him “small-minded” and “imbeciles”.

Inter Milan’s Romelu Lukaku said the abuse he suffered in September, when Cagliari fans made monkey noises after the Belgian scored a penalty against their team, showed the game was “going backwards”.

The Sardinian club were later cleared of racist chanting, leading the head of Fare to say that Italian football authorities and their disciplinary systems to combat racism were “not fit for purpose”.

This month Italian newspaper Corriere dello Sport was criticised for the headline ‘Black Friday’ alongside images of Roma defender Chris Smalling and Inter striker Lukaku prior to a match between the sides.

Why You Should Never, Ever Drain Your Pasta In The Sink

Why Reheated Coffee Tastes So Bad, And What To Do Instead