In 2020, in the midst of a global pandemic, our crushes got a little weird.

Proof of his heartthrob status? More than 28,000 people have signed a petition to make the good doctor People magazine’s “Sexiest Man Alive.” The nod went to the more conventionally attractive Michael B. Jordan. Better luck in 2021, Fauc!

Maybe it’s the 10 months of self-isolation. Maybe it’s the fact that we haven’t seen a hot person’s whole face in public since March, but something about this pandemic has made us increasingly thirsty for increasingly non-heartthrobby men.

Inexplicably, the universal love for health care providers extended to TV therapists, too. So many of you were feeling Dr. Phil, the poor guy had to put out a TikTok video begging people to stop replying “daddy” on all his posts.

Steve Kornacki And His Gap Khakis On MSNBC

Kornacki’s on-air dedication to his khakis led to a “dramatic increase in online traffic and within a day, we saw around 90% unit sale increase online,” according to a Gap spokesperson. If your boyfriend starts dressing in normie nerd wear, you have no one to blame but yourself.

John King And His Sizable Hands On CNN

“The real winner of the election is the news anchors who are now considered hot’ because we’ve watched them for three days straight,” writer Quinta Brunson said, summing up our weird newscaster lovefest. 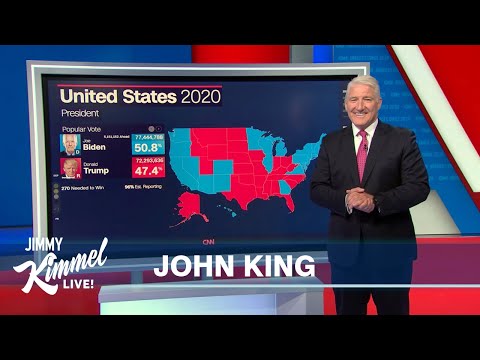 Some of us were so desperate for a hero ― ideally, a hot one ― who’d show us the pathway to 270, we started crushing on cartoon mammals. Fivey, the fox mascot of Nate Silver’s wonk blog, FiveThirtyEight, may be the weirdest addition to this lusty list.

Bong Joon-ho And His Infectious Zeal For Life

Before we got into the doldrums of the pandemic, there was a brief shining moment in February when “Parasite” director Bong Joon-ho took home the Academy Awards for Best Director, becoming the first Korean to do so.

“Once you overcome the one-inch barrier of subtitles, you will be introduced to so many amazing films,” the lovable director previously declared during his Golden Globes acceptance speech through a translator.

Consider him our wholesome crush of the year. The guy definitely knows how to live it up: After his Oscar wins, he and 50 cast members and crew reportedly crammed into Soban, a tiny 30-seat restaurant in LA’s Koreatown, and celebrated from 2:45 a.m. until 5 a.m. Galbi jjim (braised short ribs), eundaegu jorim (braised spicy black cod) and bibimbap were enjoyed by all! (We didn’t need to mention all that, we just wanted to reminisce about the days we could gorge ourselves in public with nary a mask in sight.)

There’s nothing surprising about this one: Everyone knows Stanley Tucci is a major league babe. But in quarantine, we had a specific longing for a specific version of Stanley: Tucci the masterful negroni maker!

Watch the video below. It’s in the way he shakes that “fair amount of ice” and gin ― those forearms! ― and the way he’s wearing actual clothes instead of the spaghetti-stained company teambuilding tee the rest of us are wearing. Please, Tucc, when this whole thing is over, make us a drink.

Look, as much as we love how Stanley got dressed up for us to make a cocktail, around here, we also worship lazy, relatable kings. In 2020, Adam Sandler took his legendary schlub style to the next level, serving us giant polo shirt, dad windbreaker realness and jorts with pockets that could fit at least five bottles of hand sanitizer.

Mufasa From ‘The Lion King’ In Street Style

The Faceless Main Character In ‘The Mandalorian’

Ah, the Mandalorian (aka Din Djarin). Maybe it’s his paternal instinct to protect baby Yoda (sorry, Grogu). Maybe it’s the muffled and modulated voice. Maybe it’s the fact he’s voiced by Pedro Pascal, a “Game of Thrones” vet we all know is categorically hot under that metal mask. Whatever it is, we’re big fans of this entirely covered-up man of mystery.

As comedian Matt Rogers tweeted early on in the show’s run, “Three seconds in I’m attracted to the Mandalorian who has no face or body only a cape and an energy.”

Look, it’s hard to admit now, but at least at the beginning of the pandemic, we were all simping over the Cuomo brothers. Sure, it verged on a bad “Sopranos” parody, but it was endearing to watch CNN host Chris Cuomo use an interview segment as an excuse to rib his brother, New York Gov. Andrew Cuomo, about how he hadn’t called their mom in days, who makes the better sauce and who’s “the meatball in the family.”

This video of brothers Andrew and Chris Cuomo fighting ON AIR about their mom’s favorite child, calling their parents, and breaking curfew growing up is better than anything Shakespeare ever wrote pic.twitter.com/h7KF6pOdun

As Pennyslvania became the epicenter of voter fraud allegations from the Trump camp, we got to see a lot of John Fetterman, the state’s Twitter-famous, pro-weed lieutenant governor.

He is tall ― 6-foot-8, to be exact ― tattooed, wears exactly one shirt (this one), has a Harvard degree, and by his own admission, he kind of looks like a “skinhead biker.” In those hazy weeks after the election, we kind of fell for Fetterman. Chalk it up to his highly reassuring straight talk and his fondness for calling people “jagoffs.”

Mario Lopez As A ‘Sexy’ Colonel Sanders In Lifetime/KFC Movie