Over the last one week, one meme has dominated the conversations across Twitter, Facebook, WhatsApp and tons of other social sites.

Arap Marindinch’s soiled face has become an international sensation with millions of social media users sharing his memes in tons of different circumstances to roaring laughters across the board.

Marindich, a Kenyan comedian from Bomet, was minding his business when, all of a sudden, thousands of memes bearing his comical face started doing rounds across the internet.

The meme-makers are juxtaposing a photo of an excited Marindich next to another photo of a disappointed Marindich to contrast the emotions that start with good news and then take an unexpected turn.

Born and raised in Bomet, Marindich says that lack of school fees saw him drop out of school and, unable to continue his high school education, had to join a driving school to carve a path for his future.

“I dropped out of school in Form Two. My Dad was unable to raise school fees. He actually wanted to sell our only cow to educate me. The cow would have fetched at least Ksh.18,000 which would still not be enough to keep me in school till university. That’s when I advised my Dad to enroll me in a driving school since I’ve always had a passion for cars. And that’s how I became a driver,” he says.

The comedian says that he plunged into the matatu world and became a tout before becoming a renown matatu driver, first in his village, Kaplong and then across the major Rift Valley towns.

Marindich would then move to Nairobi and settle in Ongata Rongai where, while in the line of duty, he met his mentor and comedic partner Kaptula, with whom he started a comedy group in 2016.

“Kaptula hired me as a driver for his taxi. I used to operate in Rongai Town. While in the line of work, Kaptula would notice that I was very talkative and funny with the customers and he suggested that I try comedy. That’s why I teamed up with him and we started doing videos before we blew up earlier this year with the Safari Rally clip,” he narrates.

The funnyman says that he did not anticipate the kind of sudden fame he has gotten online and that it all came as a huge surprise to him.

“We just decided to do a small skit to mimic the rally drivers and their antics. It was all for fun. On that day, Kaptula suggested to me that we drive into a dusty area in Rongai, dress up like rally drivers and pretend to address the media about the race and the tribulations we underwent. After shooting, we simply uploaded the video and never expected the kind of wild reaction it got from fans,” he says.

The skit, done purely in the Kalenjin dialect, sees the twosome narrate the ordeals they underwent in the bushes as they rallied to beat their competitors and emerge top at the ‘Safari Rally.’

The same skit has spawned the meme that has made Marindich’s face a household fixture across millions of homes in the world.

The comic says that his love for driving is huge and that he aspires to, one day, actually participate in a real Safari Rally and to race in an actual Safari Rally car.

And on the matter of having his memes patented, as suggested by the Kenya Copyright Board (KECOBO), Marindich’s comedy partner Kaptula says that plans are underway to ensure that big corporations pay for using his face in their online campaigns and activations.

“We will talk to our lawyers and consult widely to see what is the best action to take. We don’t have an issue with Kenyans of all kinds using our memes. We just hope that we can find a way to benefit whenever profitable companies use our memes and faces commercially,” he says.

Besides cracking jokes, taking longs drives and spending time with family, Marindich also likes to go swimming in ‘reserve places’ and hang out with friends.

Check out the full Citizen Digital interview below: 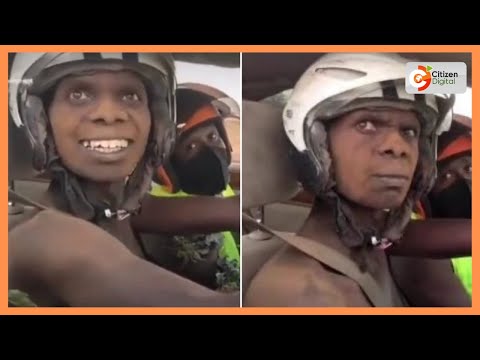 Love Decorating For Fall? You Might Be A Happier Person. Here’s Why.

South Asian Americans Are Coming Out Of The Weed Closet