Skip to content
Health
Dr Oscar Muwale Onyango, a vitreoretinal Surgeon at KNH and Nairobi Hospital, answers some of the common question on eye care, including if sight problems are hereditary.
I am planning on getting laser eye surgery for my near-sightedness. What should I know about the procedure?
A few things:1.  Recovery usually takes about 12 weeks. Its effects include mild pain, dryness, halos and star-bursts when around light. These resolve once the eye has healed and tend not to be long term.
2.  Once farsightedness that comes with age sets in, one may need to use a pair of reading glasses even if the surgery was done earlier in life.
3.   There are two types of laser eye surgery: Corneal laser surgery and lens surgery. Corneal laser surgery changes the shape the cornea and treats the refractive error.

What eyesight issues should I expect with age?

The commonest naturally occurring one is the lens hardening and becoming opaque. Opacification of the lens is called a cataract and may gradually cause a reduction in vision. If the visual impairment is severe, cataracts may need to be surgically removed so as to improve vision.

Also, the lens loses its ability to focus as we grow older. This is called presbyopia and it results in difficulty reading and carrying out near vision tasks.

Age-related degeneration of the retina (found at the back of the eye) may also contribute to poor vision.

Glaucoma, characterised by optic nerve loss of function due to raised eye pressure, is also common in the elderly and can contribute towards poor vision.

Systemic illnesses such as diabetes and hypertension which are more common in the elderly may also cause a reduction in vision.

My 6-year-old child has vision problems. Is she eligible for laser surgery? 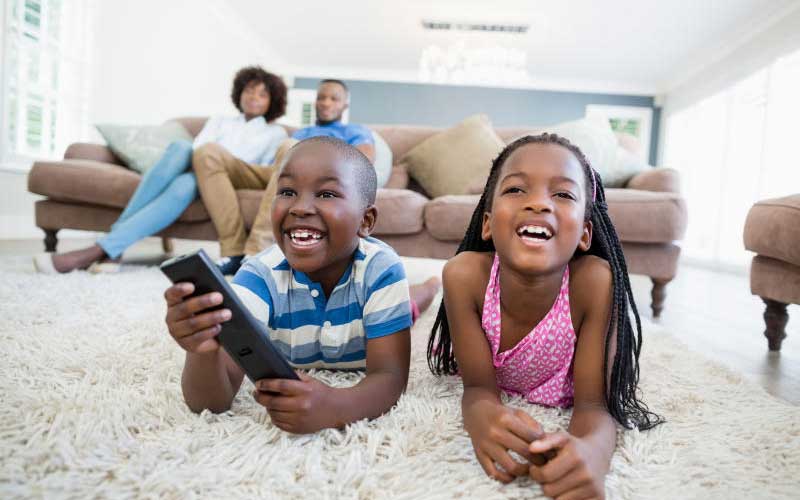 No. Laser refractive surgery is only done after the age of 21. At this age, the refraction is considered to have been stable for about a year. It is critical that she gets reviews from an ophthalmologist for the correct prescription which may change through the years.  Let her use plastic lenses with a fastener which are more difficult to break or misplace.

Yes, some eyesight problems are hereditary. Some of these problems include some refractive errors (conditions resulting from poor focusing of the eye that can be corrected using glasses), and several other ocular conditions.

Most of these hereditary conditions have similar patterns, and tend to manifest at around the same age and may occur in conjunction with other ocular or systemic conditions.

My children love to sit close to the TV. Is it harmful?

Yes, sitting close to the TV can lead to development of nearsightedness and dry eyes. While several studies have been done to evaluate the association between poor vision (particularly nearsightedness), and long-term near work activities, such as watching TV from close range, some have shown an association while others show no co-relation of these two factors.

That said, watching TV from close range may be an indicator of an underlying pre-existing nearsightedness and it is advisable to have the children reviewed by an ophthalmologist.

I have always suffered tired red eyes and I keep at hand eye drops. Are there any effects for long term usage of eye drops?

The condition you are describing sounds like dry eye syndrome. It is a common condition characterised by a deficiency in the tear film. Symptoms include redness, itchiness, sensitivity to light and a foreign body sensation in the eyes. It may result from ocular conditions such as allergic conjunctivitis; systemic conditions such as diabetes and Sjogren syndrome; or more commonly, environmental factors, such as spending long hours in front of a screen or a book, and in hot dry weather.

Like all other medications, eye drops may have adverse effects and should only be used as prescribed by your clinician. The persistent redness may be due to long standing dryness or allergy, but I suggest that you visit an ophthalmologist so that further assessment may be done.

Is there any truth to what we always hear that eyes tend to sink into their orbits after long term use of glasses?

However, the refractive effect of specific lenses may give the appearance of shrunken or enlarged eyes when these structures are viewed through the lenses. This appearance may be exaggerated particularly with stronger lenses. Eye appearing deeper in the orbit is also a natural aging process in some people, as the natural fat in the orbit reduces with age.

I keep getting eye styes. Every few months like clockwork. And it is a pain. Is there something I am doing that could be making me that susceptible to them?

It is possible that there is a recurrent infection of your eyelids. Kindly visit your nearest eye doctor for further assessment and treatment.

Styes result from an infection of an eyelash follicle or a sebaceous gland on the eyelid margin. Similar lesions, called chalazia, may also occur on the eyelid but are usually uninfected and painless.

Both these lesions occur as a result of blockage of skin ducts and subsequent retention of sebaceous secretions. Styes and chalazia usually result from chronic inflammation of the eyelids (blepharitis).

Blepharitis is characterised by redness, itchiness, crusting on the eyelashes, and sometimes recurrent styes. To avoid blepharitis, it is advisable to practice lid hygiene. Lid hygiene involves regular cleaning and massaging of the lid margins using warm water compresses. This can be done twice or thrice daily depending on the symptoms. In more serious cases, medication (antibiotics-eye drops and oral painkillers) may be needed.

Occasionally, recurrent styes may also be due to certain body ailments that affect one’s immunity. If the styes continue to recur, I would recommend visiting an ophthalmologist for further evaluation.

I have been reading up quite a bit on effect of UV rays on the eyes because my work as a surveyor has be out in the field a lot. One of the recommendations is to wear sunglasses when out there. Are just any dark coloured lenses enough or is there any specification I need to look out for?

Shorter wavelengths of ultraviolet light which occur naturally in sunlight may cause degenerative changes to some structures in the eye. This damage may lead to benign eye growths such as pinguecula and pterygia and very rarely, cancerous conditions of the surface of the eye.