OKLAHOMA CITY — With their starters heading to the bench with 40 seconds left, Game 4 in hand and a 3-1 series lead in their pocket on the way back home, the Portland Trail Blazers had an opportunity to bask in their 111-98 win over the Oklahoma City Thunder a little. But there was no celebrating, no trash talking, no taunting, no dunks at the buzzer. It was, as Damian Lillard said, all business from start to finish.

“After Game 3, we were in the locker room saying they lived at the free throw line and all this stuff, but Game 4, we’re not talking to nobody but ourselves,” Lillard said. “Referees can call it how they want to call, we’re just going to worry about ourselves.

“After last game, it was a big deal being made out of the back-and-forth and we weren’t emotional about it — we were just competing,” Lillard continued. “We were just passionate about the game as well. But like I said earlier, we didn’t really engage in it because our focus was our team. Like I told you guys, we’re not gonna come out here and go crazy on the referees, we’re not gonna go out here and get in any shouting matches and back-and-forths and all that stuff. We’re gonna focus on the stuff we need to focus on that’s gonna give us a chance to win the game. I was proud of how our team stuck to that.”

Lillard, who started 0-of-6 and didn’t make his first shot until 1:15 left in the first half, cooked once again in the third quarter, finishing with 24 points on 7-of-19 shooting plus 8 assists. Guard CJ McCollum was essential in putting the Thunder away, scoring 27 on 10-of-20 shooting. A number of times, both Lillard and McCollum were vocal with teammates, once pulling forward Zach Collins aside for an animated conversation after the second-year player was called for defensive three seconds.

“We’re a lot more mature than we were in past years,” McCollum said. “We can handle adversity. We understood what we wanted to accomplish tonight and we didn’t want anything to get in the way. Multiple times we had discussions about not saying anything to anyone. If they don’t have a black-and-gray jersey on, don’t talk to him. Talk to our team. Don’t talk to the refs, don’t talk to the other team. Execute our game plan and let’s get out of here with the win.”

Once again, Lillard and McCollum outplayed the Thunder’s two stars, with Paul George finishing with 32 points on 8-of-21 shooting, while Russell Westbrook had only 14 points on 5-of-21 shooting. Westbrook started hot, hitting a couple 3-pointers early, and a pull-up jumper over Lillard in the first quarter. After he hit it, Westbrook stuck out his tongue and shot a look at the Portland bench. He was more restrained as well, but that might have had more to do with the fact he didn’t have many more opportunities to talk.

Westbrook finished the game missing 10 straight shots and had only one point on 0-of-7 shooting in the second half. According to ESPN Stats & Information research, it was the worst shooting half of Westbrook’s career (previous was 0-of-4 against the Clippers in 2014). Westbrook missed at least 15 shots for the 29th time in playoff career, the most in the league since 2009-10 (his first playoff appearance) by eight games.

Westbrook relied heavily on his jump shot, taking only three shots in the paint in Game 4 (he missed all three). It’s only the second time in Westbrook’s playoff career he went scoreless in the paint.

“It wasn’t taken away,” Westbrook said of getting to the rim. “I get deep paint any time I want, but I always make the right play. So when I’m in deep paint I find guys on the perimeter. Hit [Steven Adams]. My job is to make sure guys get the basketball. I don’t need to shoot a layup every single time. But I’m in the paint all game, and that’s how it goes sometimes. Shot attempts is not the only thing that I can do to make sure I’m in it for the defense, and kick it out to make open shots.”

The Blazers, though, were clearly content with letting Westbrook shoot. As Al-Farouq Aminu checked back in midway through the fourth quarter, Blazers assistant David Vanterpool told him, “Don’t help on Russ; let him shoot.” Later in the quarter, with Westbrook isolated by the 3-point line with Enes Kanter guarding him, the entire Blazers bench was screaming, “Back up! Back up! Back up!” Westbrook pulled up for a 3-pointer, which rattled in and out.

“Midrange jumpers, that’s his shot. Sometimes he takes pull-up 3 pointers and just having a presence — and those are the shots we’re making available, I guess,” Lillard said. “And that’s what we’re living with.”

And despite Westbrook making his first couple — and letting the Blazers know about it — the Thunder died with them on Sunday.

Game 5 is Tuesday in Portland and the Blazers can eliminate the Thunder. As he left the floor, Kanter kept repeating to himself, “One more, one more, one more.” They expected an even more desperate Thunder team, especially after Westbrook’s flat performance.

The Blazers have resoundingly bounced back after an embarrassing sweep last postseason, which highlighted 10 straight playoff losses. After the injury to Jusuf Nurkic, the Thunder were the popular pick in the series, but the Blazers were undeterred.

“We don’t focus on doubters, we focus on ourselves,” Lillard said. “We accept the responsibility of our past two playoff performances and we moved on. I think that’s one of the biggest and one of the best things that we did for ourselves, was not hold onto it. We moved on and we’re having a better run now. We just got to finish it.” 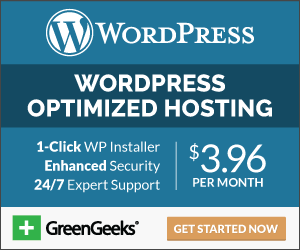 For LAFC’s Blackmon, Father’s Day is a time to celebrate an unlikely and meteoric rise

What is the ceiling for Naoya Inoue? Did Anderson Silva’s win land him a boxing megafight?