The announcement of a potential world heavyweight bout between Tyson Fury and Anthony Joshua has raised questions about the role of Irishman Daniel Kinahan in helping secure the boxing deal.

Last week Fury made a point of thanking Kinahan in an Instagram video for “getting this deal over the line” to potentially fight Joshua in 2021.
However, Ireland’s Taoiseach (prime minister), Leo Varadkar, told the Irish Parliament on Thursday he was “taken aback” to see Fury using Kinahan’s name in his video “as if this was somebody who did not have quite a chequered history in this State and elsewhere.”
Both Fury and Joshua’s promoters did not respond to CNN’s request for comment on Kinahan’s involvement in negotiating the two-deal fight that was recently announced.
In 2018 at the Irish High Court, a judgment was delivered against the Byrne Organized Crime Group, which it said is part of a wider international Kinahan Organized Crime Group. 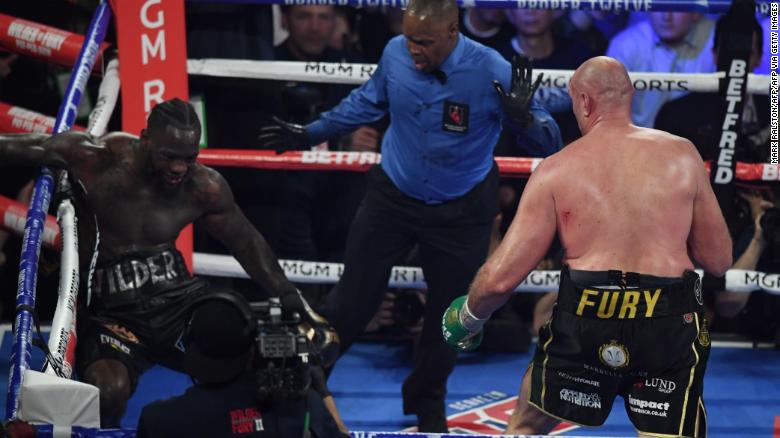 The court heard that the Kinahan Organized Crime Group was involved in the “importation and distribution of controlled drugs and firearms into Ireland, the UK and mainland Europe” and that operations of “drug trafficking are managed and controlled” by Daniel Kinahan.
The law firm representing Kinahan did not respond to CNN’s question as to where the Irishman was currently based, though it’s been widely reportedly he’s living in the United Arab Emirates.
On Thursday, Varadkar told the Irish Parliament” “While I can’t comment on any particular garda [Irish police] operation, I can certainly assure you that there has been contact between the Department of Foreign Affairs and the authorities in the United Arab Emirates about that matter.”
The National Media Council in Abu Dhabi and the Ministry of Foreign Affairs and International Cooperation was not immediately available for comment.
Varadker was responding to a question from Alan Kelly, leader of the Labour Party, who asked for the intervention of the Irish government because they “owe it to the victims of such a cartel.”
Kelly said in the Irish Parliament: “There is an individual from our country, who has according to the High Court, is a very senior figure in organized crime on a global scale and according to CAB [Criminal Assets Bureau] has controlled and managed operations of the Kinahan organized crime group for some time.
“He has now rebranded himself in the Middle East as a boxing promoter and one of the most famous individuals involved in that has described him as a smart, able and honest man.”
Irish politician Neale Richmond said he has written to potential broadcasters of the Joshua-Fury fight to “make sure they’re aware of who Daniel Kinahan is and to see if they’re comfortable working with him.”
“It’s huge, and as a sports fan, I’m absolutely enthused by it. However, I’m not enthused by the fact that Tyson Fury cited Daniel Kinahan three times in the announcement of this fight,” Richmond said in a video message posted on Twitter.
“Daniel Kinahan, as we’ve learned in a sworn affidavit to the High Court last month, is a criminal mastermind behind one of the biggest drug feuds and drug operations in the country. It’s extremely worrying that he’s involved in this bout. It’s extremely worrying that he’s acting in Dubai and the UAE to bring it about.” 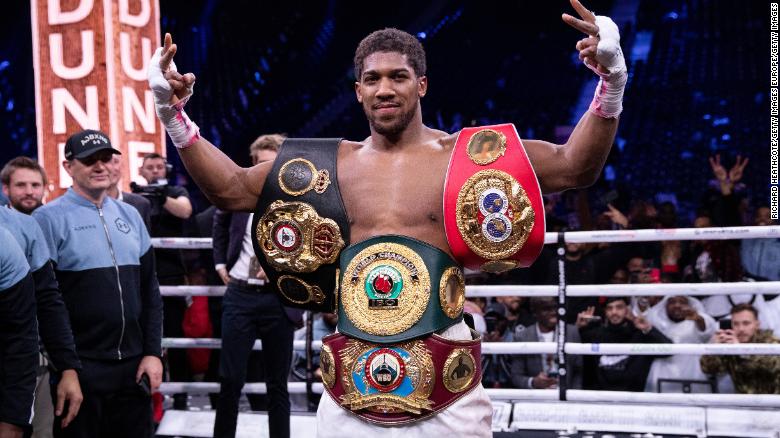 CNN contacted the Irish police for comment on Kinahan but the Garda said it “does not comment on public commentary on named individuals.
“As a matter of public record, a number of Senior Officers of An Garda Síochána have given sworn evidence before a variety of Courts in this jurisdiction in relation to the activities of known criminal organizations,” said the Irish police in its statement to CNN.
Last month court reports from the Ireland International News Agency reported that the Special Criminal Court in Ireland was told that large sums of money were made available to murder people and those involved in the
Kinahan cartel were paid €20,000 [$22,479.30 USD] for “setting people up for a hit.”
In a related sentence hearing, Justice Tony Hunt said the court accepted police evidence that the Kinahan organized crime gang is involved in “execution-type murders” to protect its core activities, which include organized drugs and firearms offences on “an international scale.”
Kinahan has never been convicted of an offense in Ireland. CNN was unable to independent confirm any of the allegations that have made against him.
The various boxing authorities also did not respond for CNN’s request for comment. Likewise Sky Sports and the Foreign and Commonwealth office did not respond for CNN’s request for comment.
A spokesperson for BT told CNN that BT Sport is “not currently involved in the Tyson Fury and Anthony Joshua negotiations.”
“Our broadcast agreement for the fights of Tyson Fury is exclusively with Frank Warren’s Queensberry Promotions.
“BT reviews all sports rights and broadcast deals with the appropriate levels of responsibility and scrutiny before deciding on a course of action. We cannot comment further on a potential fight which to the best of our knowledge is not confirmed, and which has not been offered to us.”
A spokesperson for Brandsmiths, the firm acting for Kinahan, told CNN Sport: “We have been instructed by Mr Kinahan to write to certain newspapers which have published gravely defamatory statements about him, and to bring proceedings against those newspapers if the relief requested is not forthcoming.
“The fact that defamatory allegations are consistently repeated does not afford the maker of those repeated statements a defense.”