The first batch of 24 million Covid-19 vaccines will benefit health workers, the police, teachers, persons aged above 50, and those with underlying medical conditions.

Health Cabinet Secretary Mutahi Kagwe (pictured) said the government has ordered for OxFord/Astra Zeneca vaccine, which is expected in the country in the first quarter of 2021.

“No vaccine will be sold to the 49 millions Kenyans. I urge you not to ignore safety protocols because the vaccine will be given in phases,” said Kagwe at Kenol market during the official opening of Santa More Specialised Surgical Hospital.

The CS said priority will be given to health workers from both public and private institutions and they will be the first to be vaccinated.

He said the government had chosen the firm behind the OxFord/Astra Zeneca vaccine because experts had shared information regarding the jab publicly and it has been prequalified by the World Health Organisation (WHO).

Kagwe said the government will impose tough measures to prevent a spike in the spread of the disease during the festive season.

“We cannot allow a few individuals to play with the lives of Kenyans, tough action must be taken against them,” he said.

He said government officials are aware that many of the PSVs have flouted the regulations with routine overloading of passengers.

“Interior and Transport CSs Fred Matiang’i and James Macharia are aware of the tricks being used by the PSVs,” Kagwe said.

He appealed to striking health workers to adhere to the court order and resume duty, and support the fight against Covid-19.

“I urge you to return to work as soon as possible as the courts ordered and as the government and unions engage in dialogue,” the CS said.

He warned that health workers who do not report back to work risk losing their jobs. 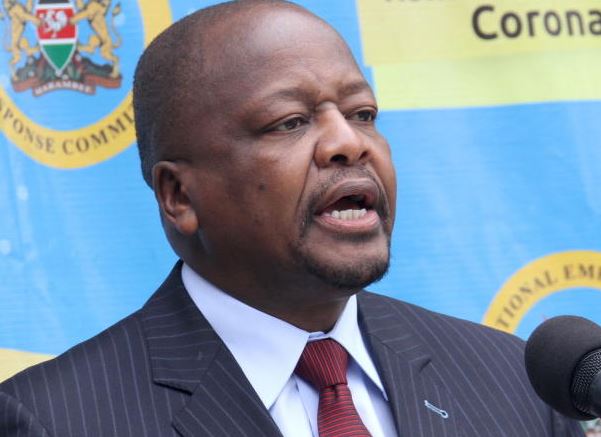 Thirty-seven patients are under supplementary oxygen in various hospitals.

NBC hopes the sun will come out as it mounts ‘Annie Live!’