We spoke with dermatologists about the impact milk and dairy can have on your complexion.

At first thought, dairy is associated with healthy, strong bones. For some people, though, the idea of dairy (particularly milk) is also closely associated with concerns about acne. But how much do our eating and drinking habits impact our skin?

Dr. Cheri Frey, an assistant professor of dermatology at Howard University, said that “we wouldn’t question whether or not what we eat has an impact on our liver or our kidneys,” so why do we question if it impacts our skin?

“The skin is an organ, it’s the largest organ, so certainly [what we consume] has an impact,” she said.

In other words, that glass of milk may actually impact your complexion. Here, experts share the impact milk and dairy may have on your breakouts.

So, does milk make you break out?

The short answer is yes, but the extent is not totally known for a multitude of reasons.

“One of the issues we have with foods, in general, is that type of research is really hard to conduct on a population-wide scale,” Frey said. This is because everyone processes food differently.

And while data is limited, there are studies that show a correlation between drinking milk and acne breakouts.

But, don’t fret if you like to have the occasional glass of milk, according to Dr. Susan Massick, an associate professor of dermatology at the Ohio State University College of Medicine. “Consistent daily consumption of milk products may be more of a driving force,” she said.

The hormones in milk could be to blame.

According to Massick, the exact link between acne and milk is not 100% known. But some people believe, and some studies show, that the hormones in cow’s milk cause breakouts.

“The cow’s milk you consume may contain both naturally occurring hormones, such as insulin-like growth factor (IGF-1), and synthetic growth hormones used by some dairy farmers to increase milk production,” Massick said.

Frey added that most acne is hormonally driven (which is why acne starts around puberty), which deepens the potential connection between the hormones in milk and breakouts.

Not all dairy products are associated with breakouts, though.

For fans of dairy, this may all feel like bad news. But according to both Frey and Massick, there is some good news, too: Not all dairy causes acne.

“Of note, acne breakouts from dairy tend to involve mainly cow’s milk, while other dairy products, such as yogurt or cheese, are not correlated with increased breakouts,” Massick said.

One study noted that in the case of yogurt, this could be because of yogurt’s fermentation process. The study found that fermented dairy products have lower levels of the naturally occurring hormone IGF-1.

So, you can grab that yogurt and granola for breakfast without worrying about a pimple popping up.

Dairy is healthy and full of nutrients.

It’s worth noting that you also should not completely cut out milk just for the sake of your complexion.

“Dairy is an important source of calcium and vitamin D, and is crucial for bone health at any age,” Massick stated.

She added that for women, in particular, prioritizing bone health is important for osteoporosis prevention.

Milk is also crucial for bone mass development in growing children and adolescents, according to WebMD.

But for those who don’t consume dairy, there are other ways to get as much, or almost as much, calcium.

Cutting out dairy won’t be an acne cure-all.

Frey noted that she has not seen acne totally go away in anyone who has cut dairy from their diet. ”[Dairy] may be an aggravating factor, but it’s not a sole cause of acne,” she said.

Additionally, Frey noted that if you cut out dairy, you won’t see instant results. Instead, “it’s going to take, 6, 8 or 10 weeks for you to really see the effects of it.”

If you want a clearer complexion, there are other ways to achieve it that don’t involve cutting out milk, too.

“There are a multitude of acne treatments available, both topical and oral, [over-the-counter] and prescription,” Massick stated. She added that you should see a dermatologist to discuss treatment options.

While milk may be linked with breakouts for some, but not all, people, it’s still an important way to keep your bones strong. So, finding dairy alternatives to have in addition to milk is a good idea — and so is talking to your dermatologist about any skin concerns you have.

Newszetu may receive a share from purchases made via links on this page. Every item is independently selected by the Newszetu Shopping team. Prices and availability are subject to change. 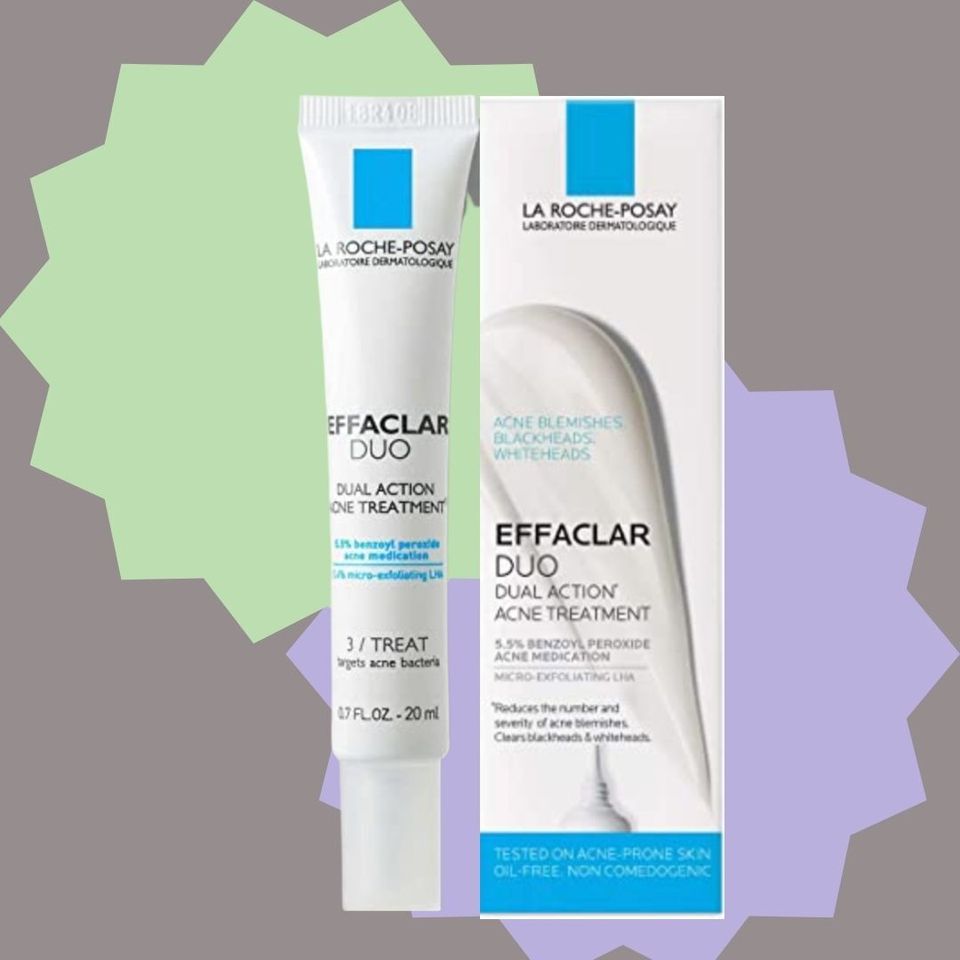 Both Camp and Amin recommend La Roche-Posay’s Effaclar Duo treatment, which has a 5.5% concentration of benzoyl peroxide in a cream formulation that’s suitable for dry and sensitive skin types. “The benzoyl peroxide in this treatment is micronized, [which] facilitates penetration,” Camp said, noting that benzoyl peroxide is anti-inflammatory, antibacterial and comedolytic, meaning it helps to treat

2. A cult-favorite drying lotion that draws out impurities from superficial pimples 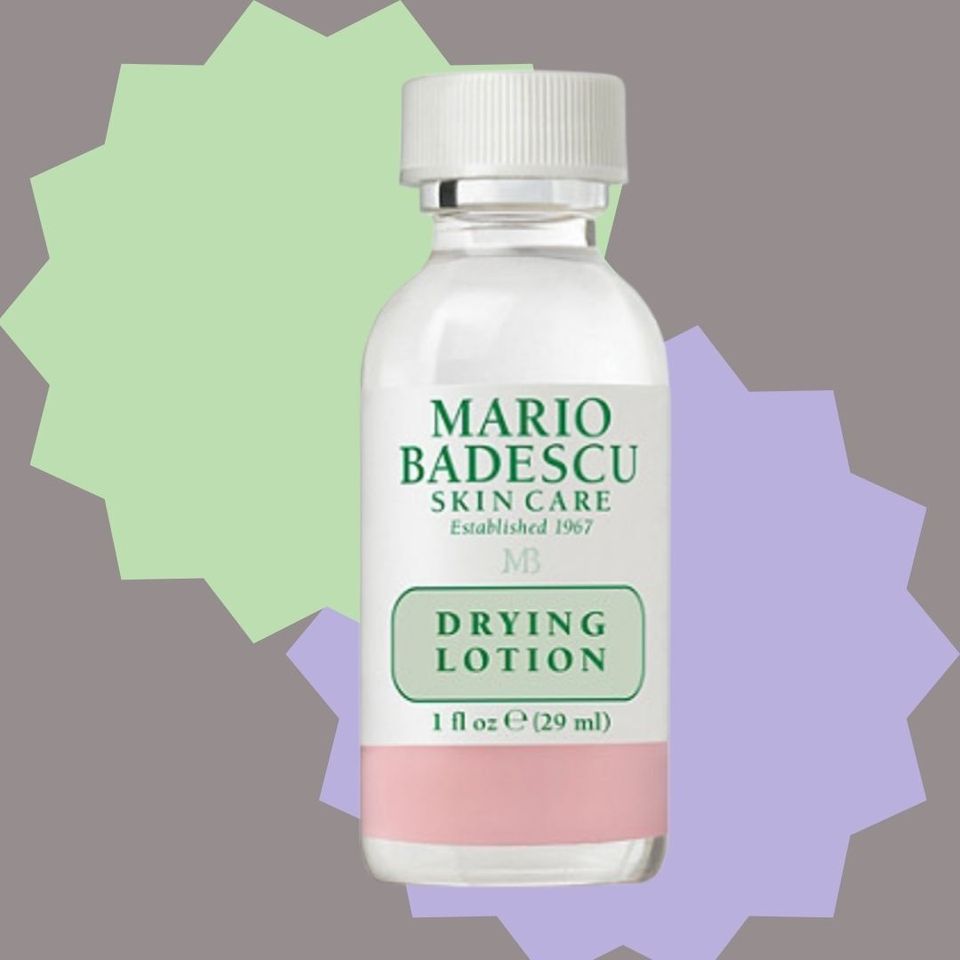 “This popular acne treatment contains both sulfur and salicylic acid to treat acne synergistically,” Camp said of the Mario Badescu drying lotion. The sulfur in this formula works by drawing impurities from the blemish, while the salicylic acid eliminates redness and zinc oxide absorbs excess oil to effectively dry out and reduce the appearance of the pimple overnight.

3. A topical retinoid gel that helps to control the formation of acne 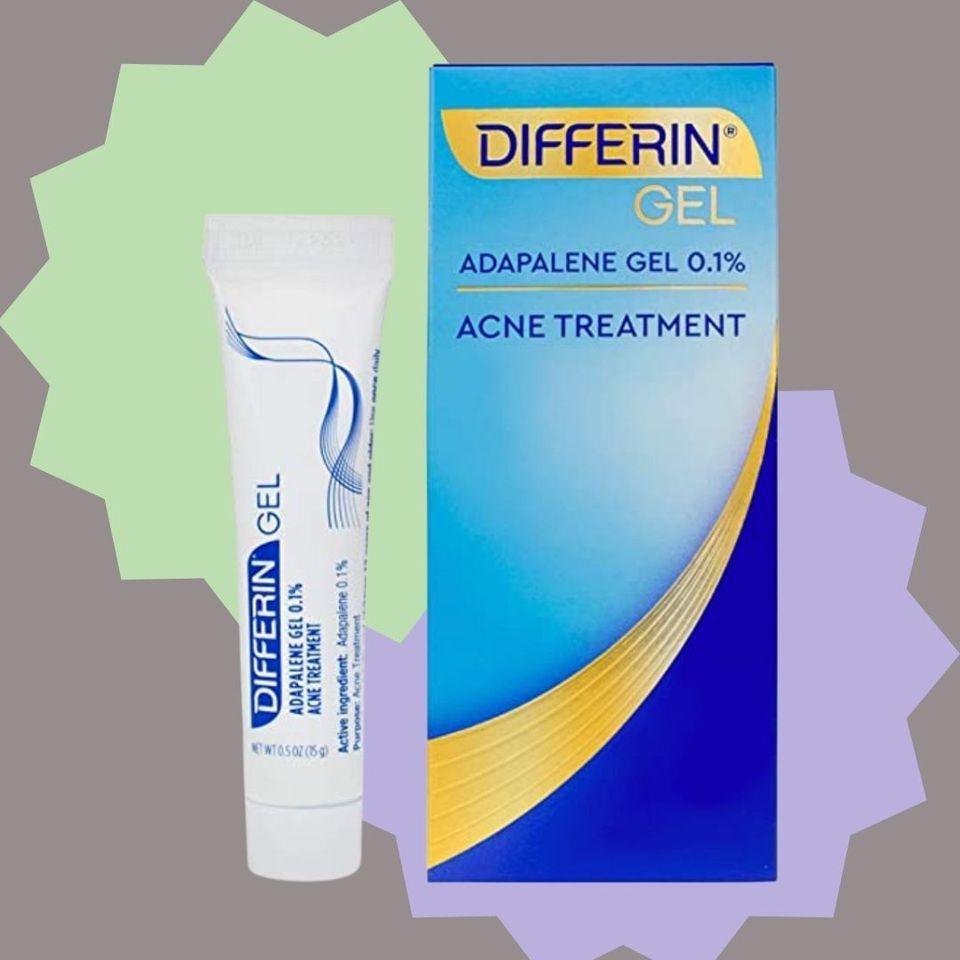 “Differin (adapalene) Gel is a great place to start when developing an acne regimen that prevents and treats breakouts. It is a mild, well-tolerated product, which is similar to retinol and can be used full-face, as well as for a spot treatment,” Amin told HuffPost.

Camp explained that adapalene, formerly available by prescription only, is a retinoid and works by helping to regulate the process of cellular turnover in the skin, which ultimately helps to control the formation of whiteheads and blackheads.

4. A ceramide-rich gel containing a blend of acids to clear congested pores 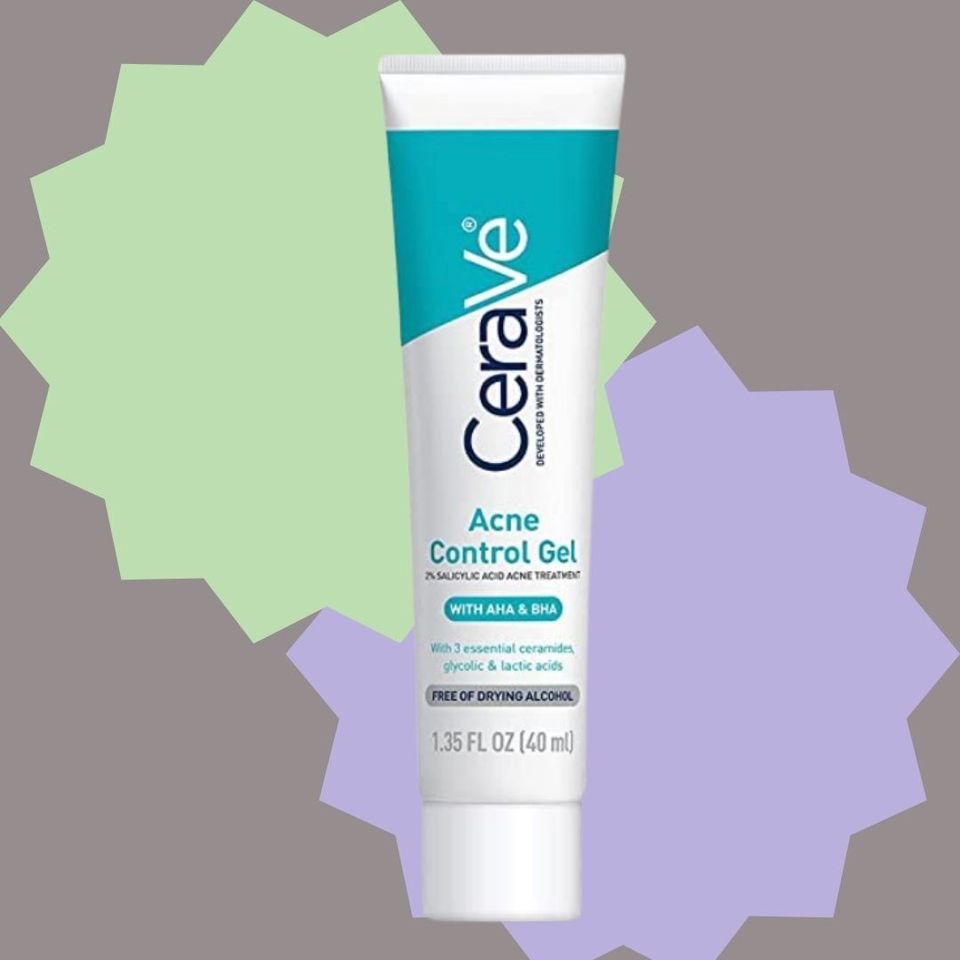 “Gel spot treatments are lightweight, oil free, absorb easily and invisibly,” Amin said. His top choice for a gel treatment is CeraVe’s 2% salicylic acid acne control gel, which is also formulated with essential ceramides that can help maintain and restore a compromised skin barrier. The blend of both alpha hydroxy acids and beta hydroxy acids work to smooth and soften skin while deep cleaning pores.

Salicylic acid works by co-mingling with the oils deep inside pores to flush them out, Camp said. It’s an ingredient that can work best for eliminating whiteheads and blackheads. 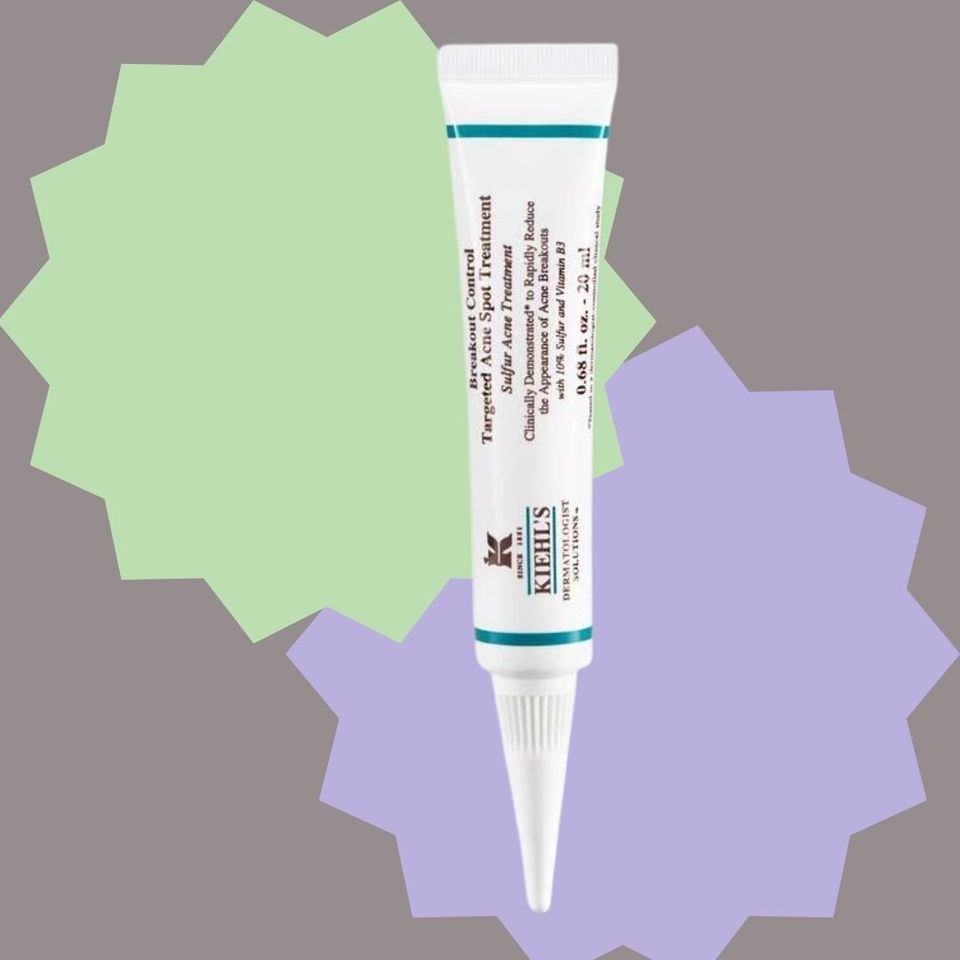 “Kiehl’s Breakout Control targeted acne treatment is another sulfur-containing product that can be good for pimples. It also contains niacinamide, or vitamin B3, which is calming and may help to reduce redness,” Camp said.

The 10% mineral sulfur in this gel formulation absorbs quickly without causing over-drying, while the niacinamide can also balance the skin’s surface oil and brighten the complexion.

6. A translucent protective acne patch that can be worn during the day 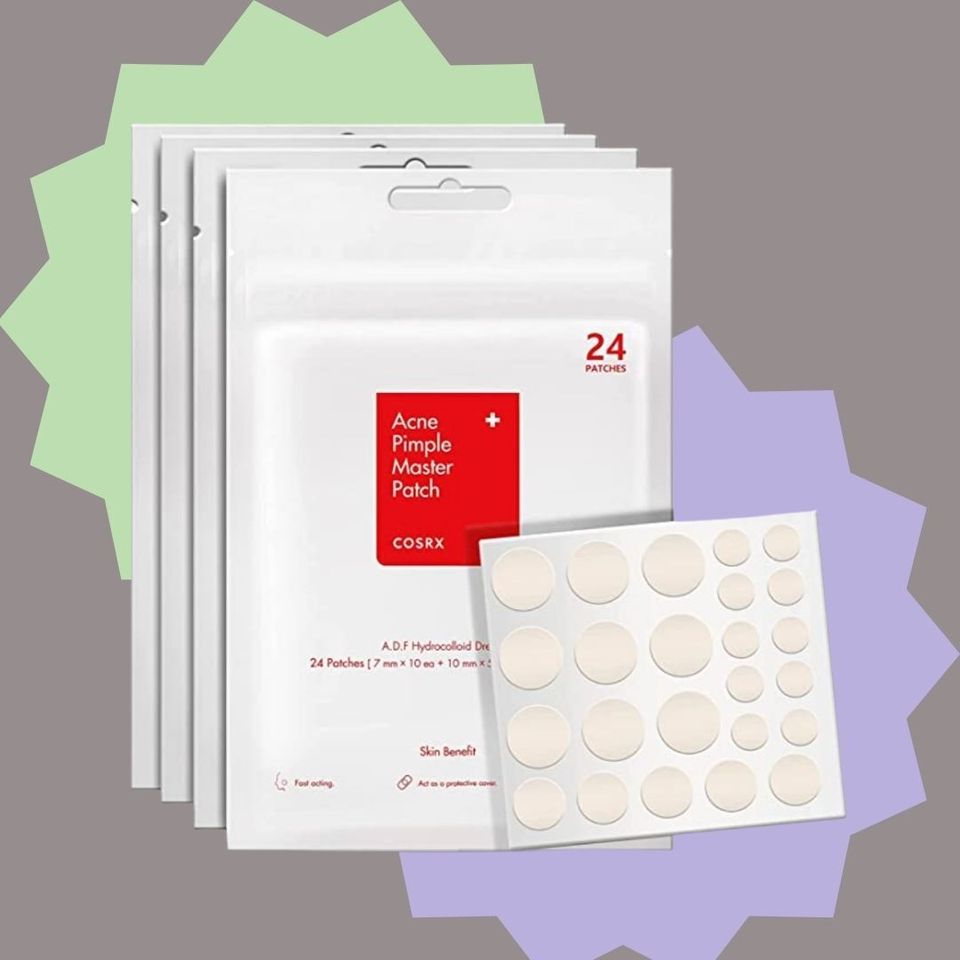 Unlike the micro dart-containing acne stickers mentioned earlier, these hydrocolloid patches lie flat on a blemish and, according to Camp, work by “employing hydrocolloid to draw moisture and oil from superficial acne bumps and shrink them.”

He added that these patches are a good choice to disguise a pimple because they are ultra-thin, translucent, come in varying sizes and can be worn under makeup, making them difficult to see. 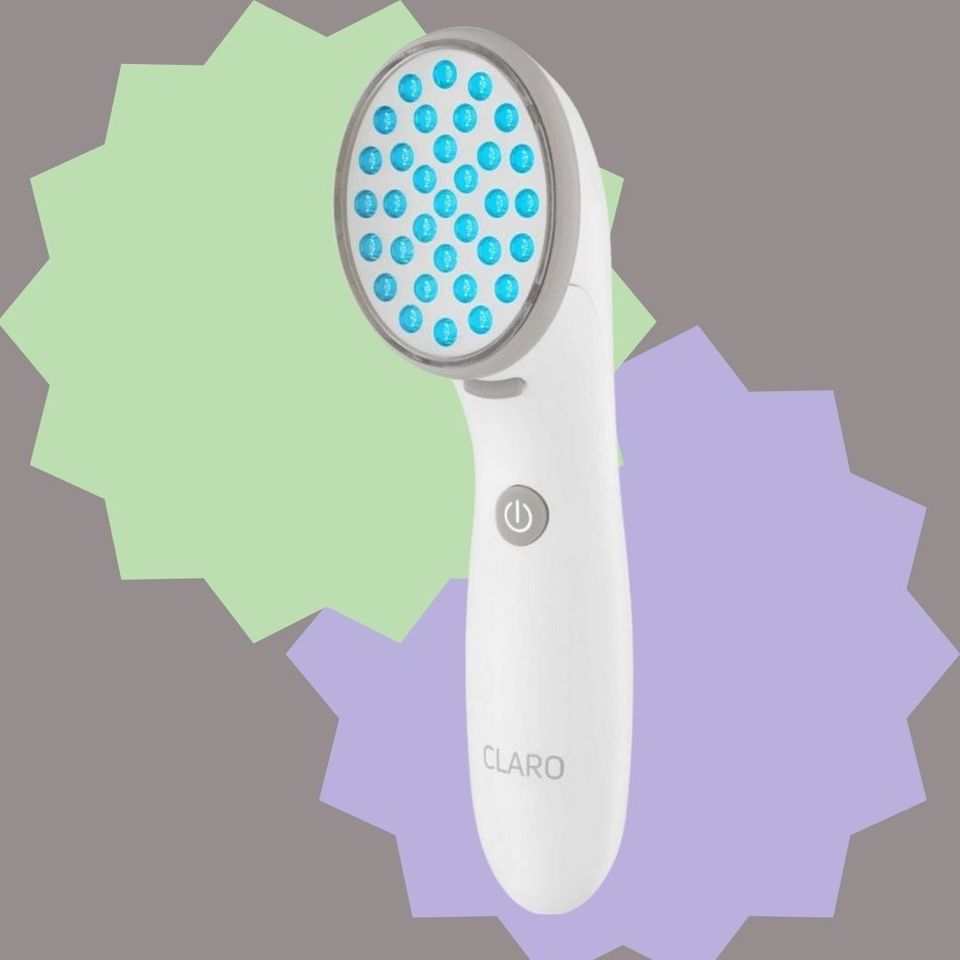 This isn’t necessarily a spot treatment, but it can really get the job done and we couldn’t leave it off the list.

This USB rechargeable light therapy system by Spa Sciences Claro comes with both a red and blue light treatment head and is one of the more affordable light therapy systems on the market. It’s suitable for sensitive skin, can possibly reduce the appearance of both acne and acne scars and improves skin clarity while also preventing the formation of new pimples. It also has a built-in timer so you know just how long to use it for.