Skip to content
Gossip
A former school driver who stole his former employer’s car shortly after he was fired is awaiting sentencing after he was found guilty of theft of a motor vehicle by a Makadara court.

He’s denied the charges throughout the trial.

Maina had leased the car to a school, but fell out with his business partner after only one month and he repossessed the car which he parked at a garage yard, where it was normally parked.

In the morning of the next day, he went and found it missing.

He reported to the police. The vehicle was never recovered.

The watchman at the garage told police that Siko had driven out the car at around 3am after lying to the watchman that Maina had told him to pick some passengers in town.

Siko, in his defense, claims Maina falsely accused him of stealing his car after he was employed at the school where that had fallen out with him.

He claimed that Maina had threatened to go to a witchdoctor in Kitui to find out who stole the vehicle.

But Nyaga said the prosecution had discharged its burden of proof beyond reasonable doubt “and I am satisfied by the evidence adduced that the accused person is guilty of stealing a motor vehicle,” Nyaga said.

Nyaga said the watchman knew Siko well and it was not a matter of identification but recognition. He will be sentenced on Tuesday. 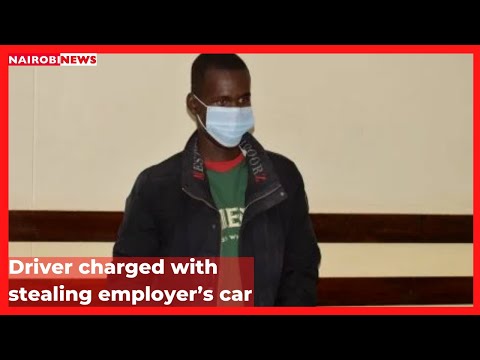