The fallout in the Jubilee Party is almost total, with allies of Deputy President William Ruto no longer concealing the target of a vicious tirade.

Former Senate Majority Leader and Elgeyo Marakwet Senator Kipchumba Murkomen is hitting out at President Uhuru Kenyatta, accusing him of orchestrating a plan to frustrate the DP’s State House journey.

But President Kenyatta’s lieutenants, led by Jubilee Vice Chairman David Murathe and a section of the Cabinet, claim Ruto was the architect of his own downfall due to what they term as “a premature succession campaign.”

The tell-tale signs of the grand fallout in the ruling party were all too clear from the onset, the initial shadow boxing has now mutated to an all-out combat.

“The problems that are bedeviling the deputy president have nothing to do with Raila Odinga, it has everything to do with Uhuru Kenyatta and planning by himself,” Murkomen recently told Citizen TV.

That the UhuRuto political marriage has hit the rocks is now an open secret, the divorce proceedings too loud and obvious, with the DP’s allies now saying the March 2018 handshake hastened what they term as President Kenyatta’s ‘kicking the ladder’ mentality.

“If I met President Kenyatta today I would look him eye-to-eye and ask him what is that one mistake that washes away what William Ruto did for him from 2002 to winning the first, second and rerun elections,” said Murkomen.

“People go to church and swear before man and God to get married till death do them part, but they still divorce. Politics is dynamic; if you started by behaving well and you change your character along the way, then everybody has a right to change their minds about the position,” opined Murathe.

That the deputy president is an isolated man in the government he helped craft in 2013 and 2017 is evident, the establishment of a Cabinet committee on implementation and coordination of development, established through Executive Order number one of 2019, further diluting Ruto’s influence in government, and seemingly elevating Interior CS Dr. Fred Matiang’i’s stature.

Claims of persecution and isolation by his boss in government notwithstanding, DP Ruto insists that his State House bid is on course.

Ruto has however strategically avoided a direct showdown with President Kenyatta, instead letting his brigade fire the shots, as the 2022 race draws closer. 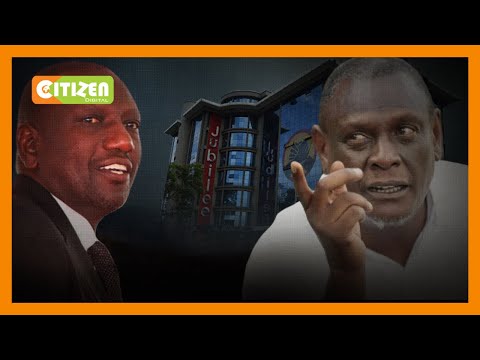