Health & Science
Thirteen people have died of Cholera as the country recorded yet another spike in the number of coronavirus cases. 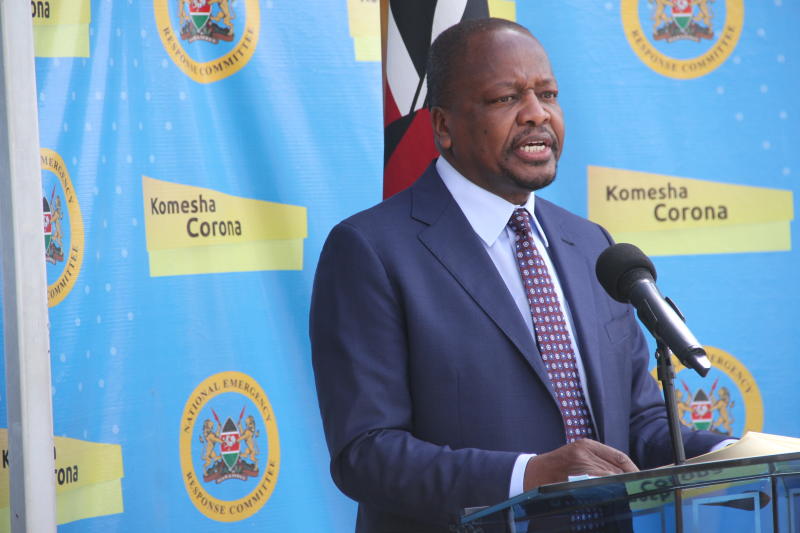 Thirteen people have died of Cholera as the country recorded yet another spike in the number of coronavirus cases.
In Thursday’s briefing that captured the medical landscape in Kenya, Health CS Mutahi Kagwe (pictured) announced that the ministry was also focusing on other disease outbreaks that had sickened hundreds, predominantly in the Northern part of Kenya
“Over the last few months we have focused our briefings on Covid-19 and understandably so, we will continue to do that however we find it prudent to use this platform to also present to you a picture of the medical landscape in Kenya as it relates to disease outbreaks,” he said.

Scores of those infected with Cholera are below the age of 10 and of those who have died are from Marsabit (12) and Turkana (1).
The CS noted that the Cholera outbreak has been reported in Garissa, Wajir, Turkana, Murang’a and Marsabit.
For coronavirus cases, the CS announced that Kenya had recorded the highest number of cases after the Ministry tested the highest sample size since the outbreak.
Out of the 3,102 who had been tested in the last 24 hours, 80 people turned positive bringing the total number of virus cases in the country to 1,109.
Of the new cases, 41 are from Nairobi, 20 from Mombasa, seven from Siaya while six are from Kwale.

The cases in Siaya County were traced back to a mourner who travelled from Kibera in Nairobi.
Kagwe revealed that a six-month-old baby was among those infected as he warned parents to adhere to social distancing and keep visitors at bay.
At the same time, nine patients had recovered and discharged from hospital as Kagwe warned of the possibility of the re-occurrence of the virus.
“Patients can indeed suffer infections more than once because the virus can reoccur between 30-50 days after the initial recovery,” he said.
Health Ministry Director-General Patrick Amoth, while urging Kenyans to adhere to government’s directives, warned that Kenya may have its coronavirus peak in the month of August and September.

SEE ALSO: ‘Football with fans will be back soon,’ says UEFA president

“If we continue with the measures that have been put in place as of today, the peak period will be in August and September where it’s likely for us to report 200 cases plus a day,” he said.