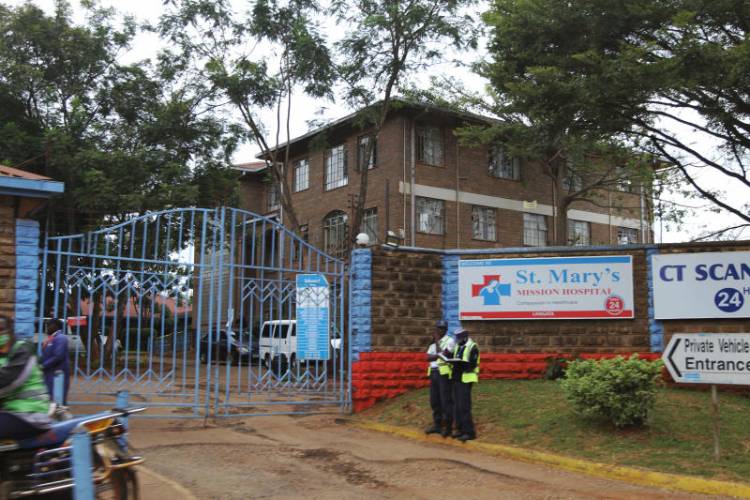 A ten-year battle over control of multi-billion shilling St Mary’s Mission Hospital between a US priest and nuns ended on Friday after the Court of Appeal ruled in the sisters’ favour.

The court ordered that the property in Nakuru and Nairobi be transferred to a limited liability company — St. Mary’s Mission Hospital Nairobi — that is directly linked to the Nuns.

The court directed that Dr William Charles Fryda and the sisters jointly oversee the handover of the hospitals from the sisters to the company and ensure that it is fully vested with the ownership and management of the same.

Surprisingly, the subscribers and directors of the company are members of the Assumption Sisters of Nairobi (ASN).

The judgment was made by Justices Asike Makhandia, Kathurima M’Inoti and Agnes Murgor.

The priest appealed against a decision by Justice Sila Munyao of Environment and Lands Court in Nakuru.

In the judgement, Justice Munyao said the properties were not held by the sisters in trust for Fryda and ordered that it be transferred to the company.

Fryda, a medical doctor and a citizen of the United States of America filed a suit against ASN and St Mary’s Mission Hospital Nairobi in 2010.

He claimed that in 1998 he sought for land in Nairobi specifically to put up a hospital to cater for the poor. He ended up buying St Mary’s Langata at Sh38 million.

To actualise his vision, he paid for the incorporation and registration of St Mary’s Mission Hospital Nairobi as a limited liability company.

However, since the company was yet to be registered when he bought it, he agreed with ASN, that the title deed be registered in their name with the understanding that the nuns would later transfer the property to a body he was to register.

The priest said he started development of the property with his money and that from friends and donors. He said he spent Sh553 million on the project. Later in Elementaita, he spent Sh365 million.

Back then, Dr Fryda worked at Nazareth Hospital in Limuru before stepping down in 1995 to put up a new mission hospital.

According to him, in 1997, some land became available and he was in talks with donors for two years about his hospital vision.

Then, he had not created a legal entity under which the land could be registered. Since he was not a Kenyan citizen, he did not wish to buy the land in his name.

He therefore, asked Sister Maria Felix Mwikali of ASN to register the land under ASN on the understanding they would hand over the property to the company he intended to form once registered.

From his mission, he said he wrote a cheque of Sh5 million in the name of ASN being a deposit for the land on December 11, 1997.

He later learnt that the land would be held in the name of the Catholic Church which he was not agreeable to. He thus asked ASN to refund the money which was done in October 1998.

In mid-1998 he bought 10-acre land in Langata at Sh1.8 million an acre. He later acquired another parcel of land at the same place.

ASN on their part said the hospitals were as a result of a collaborative meeting between them and Maryknoll Fathers and brothers which Dr Fryda was linked to. It was agreed that ASN would be legal owners of the hospitals. They denied that Fryda paid for the properties alone.

They further said ASN was solely responsible for the formation and incorporation of the company.

ASN through Sister Marie Gacambi denied claims that they held property in trust for Dr Fryda. Gacambi said they contributed to the projects by acquiring, constructing and maintaining them from their own resources.

She said ASN together with Fryda, developed the Hospital Management Procedures. With regard to the developments on the parcels of land she said Fryda played the role of Chief Executive Officer.

From the evidence, the Judges said it cannot be disputed that at the beginning of 1997 Fryda and ASN fully trusted each other.

The relationship they noted was founded on a common purpose to establish a hospital that would provide quality health care for the poor.

To date it was unclear what caused the misunderstandings.

“But to us it was all about egos, high handedness and not control by both parties. What is clear though is that the relationship between the appellant (Fryda) broke down irretrievably and led to this litigation,” stated the judges.

48 hours in the Vale of Llangollen Wales

African scientists baffled by monkeypox cases in Europe, US