Jimmy Kimmel tore into Sen. Ted Cruz (R-Texas) for taking a vacation in Cancun as his state struggled with freezing temperatures, massive power outages and even a lack of clean water.

“While his fellow Texans are freezing with the power out, Ted Cruz did what any great leader would do when a state needs leadership most,” Kimmel said during Thursday’s show. “He booked a flight to Mexico and said, ‘Adios, amigos.’”

The “Jimmy Kimmel Live” host spent the first nine minutes of his monologue on Cruz ― including a parody ad for a “Ted Cruise” vacation ― then returned to the topic for a mock interview with the senator in the form of a noodle-slurping blobfish: 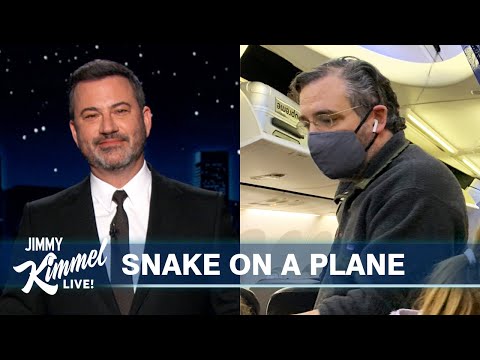 Kimmel and Cruz have a bit of a history. The late-night host has used the Texas senator as the frequent butt of his jokes, including plenty of blobfish gags. After Kimmel mocked Cruz’s appearance as he watched an NBA game, the Texas senator challenged him to a one-on-one hoops match for charity, which Kimmel not only accepted, but quickly dubbed “The Blobfish Basketball Classic.”