Before every game, Johnson draws himself a hot bath at the team hotel and sits there until he starts to wrinkle.

Many of the Rams know the drill — Johnson often adds his bath experience to his Instagram story — and expect it from their outgoing teammate, whose personality has been prevalent since he arrived in L.A. two seasons ago.

But this is no spa-like scenario. There are no candles, no slow jams, and bubble bath does not spill over the edge. Meek Mill, Future and Drake blast from his iPhone.

“That’s how I clear my mind,” Johnson said.

A few drops of the hotel-brand shampoo are poured into the tub, creating some suds. But not too many. “I don’t like too many bubbles,” Johnson said.

Then the 6-foot, 209-pound Johnson folds himself into a less-than-oversized tub, and he soaks. He’ll take between 15 and 30 minutes, depending how disciplined he was getting out of bed. “When I start shriveling up,” Johnson said. “I got to get up out of there.”

“It’s just, one, getting my legs warm, my body ready to play,” Johnson added. “And two, I just like sitting in there, listening to music, clear my mind, just relaxing.”

Weird or not, it has been working.

Johnson burst on the scene in 2017, when he supplanted safety Maurice Alexander as a starter five games into his rookie season, in a division matchup against the Seattle Seahawks, whom the Rams will play Thursday (8:20 p.m. ET, Fox/NFL) at CenturyLink Field.

In that first NFL start, Johnson intercepted a pass from quarterback Russell Wilson in the red zone and returned it 69 yards. It was his only interception as a rookie.

Last season, Johnson intercepted a team-best four passes. He added a fifth in the playoffs when he picked off Drew Brees in the NFC Championship Game against the New Orleans Saints — a heads-up play that helped send the Rams to Super Bowl LIII.

“He’s got a knack for making big plays,” said defensive coordinator Wade Phillips, who later was asked if he was aware of Johnson’s bath routine. “No, it doesn’t involve me I don’t think.”

This season, as a third-year pro who is scheduled to earn $677,000, Johnson is a key member of a secondary that includes Weddle and veteran cornerbacks Aqib Talib, Marcus Peters and Nickell Robey-Coleman.

The Rams’ passing defense ranks 16th in the NFL, down from fourth through three weeks after Tampa Bay Buccaneers quarterback Jameis Winston passed for 385 yards this past Sunday. The unit is allowing an average of 238.5 yards per game.

Johnson has a team-best two interceptions.

“He plays with a chip on his shoulder because he didn’t go as high as he should have,” Peters said of Johnson, who was selected in the third round with the 91st overall pick out of Boston College.

Johnson intercepted his first pass of the season in Week 2, an NFC title game rematch against the Saints. In Week 3, despite the defense holding the Cleveland Browns to 13 points, the Rams needed to make a final goal-line stand to secure a win. The Browns attempted four passing plays in the red zone, and quarterback Baker Mayfield’s fourth throw resulted in Johnson’s second interception.

“John Johnson came in — we knew he could play pretty quick, and [he] started pretty early in his career — and he’s just gotten better and better,” Phillips said. “But the great thing about him is that he’s an outstanding tackler.”

“Me and MP [Peters] talk about his tackling all the time,” Talib said. “He’s one of the best tackling guys that I’ve played with, period. Whether it’s close-quarter tackle, wrap tackles, whatever. He’s a great tackler, and that’s one of his best attributes.”

Johnson has a team-high 215 tackles since 2017. That’s the second most by a defensive back in the NFL over that span behind Washington Redskins three-time Pro Bowl safety Landon Collins, according to ESPN Stats & Information research.

Johnson has 14 hustle stops in his career (a tackle made after running more than 20 yards), which ranks second on the Rams behind linebacker Cory Littleton, according to NFL Next Gen Stats. Johnson has the third-highest tackle rate (12 percent) among defensive backs in the league since 2017. 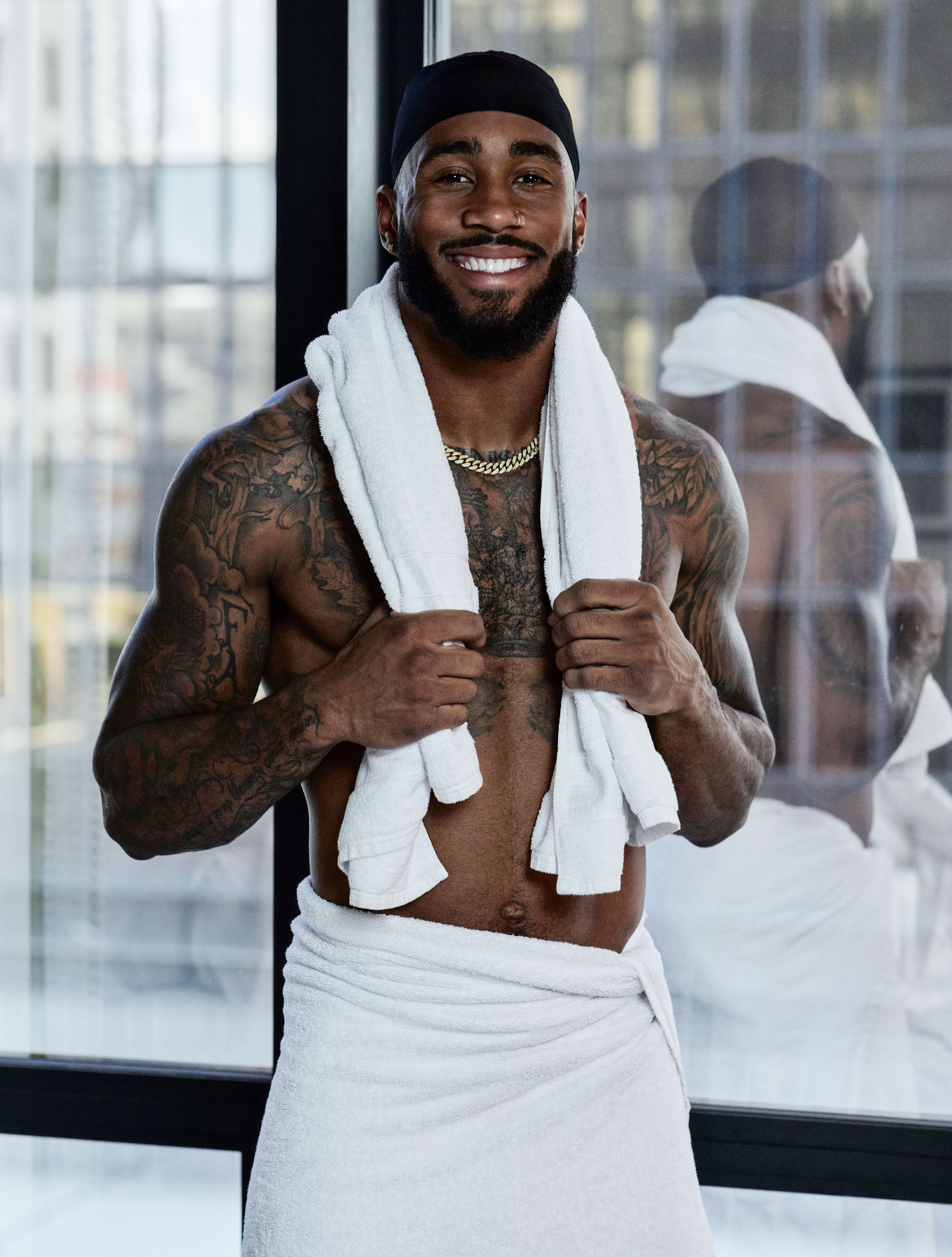 Tabasco shots, baths and gross gloves: The best rituals and superstitions on all 32 NFL teams. Story

Talib, now in his second season playing with Johnson, has noticed Johnson’s improved awareness on the field. Where Johnson once relied solely on the playbook, he now relies on his instincts and experience.

Weddle also has been impressed by his younger counterpart.

“He’s super smart,” Weddle said. “You tell him one thing, and he gets it pretty much in an instant. Very rarely makes the same mistake twice, which is the sign of a good player.”

After helping the Rams to the playoffs and a Super Bowl appearance in his first two seasons, while steadily increasing his own production, Johnson has no plans of changing his pregame routine.

Because, clearly, something about bath time is working.

“I’m not superstitious,” Johnson said, behind semi-bashful laughter. “But I do it just in case.”