“Daily Show” correspondent Jordan Klepper has spent much of the past year attending rallies for President Donald Trump for a series of humorous segments.

However, his experience at last week’s insurrection on the U.S. Capitol was no laughing matter.

As the video below shows, Klepper came into contact with many Trump supporters who claimed they were trying to save the country by being there.

After a man and a woman told Klepper they “did not consent” to be governed by “an illegal, fraudulent election,” he noted, “But you also elected a guy who doesn’t care about consent.”

To be fair, Klepper did notice the spirit of love in the air outside the Capitol building.

“You can tell these people really love America by the number of weapons they brought to hurt other Americans,” he said.

Ultimately, Klepper noted that the people participating in the insurrection didn’t succeed, leading him to say it was “the shit-stained rebellion that failed, just like my dry January.” 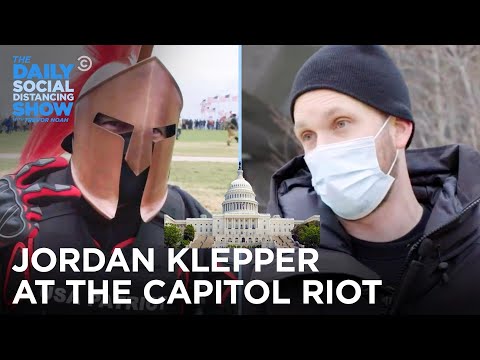