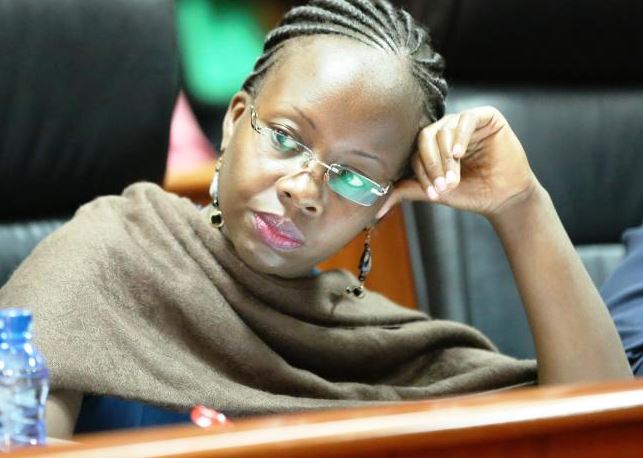 Was devolving health functions a good decision? That is the question stakeholders are grappling with amidst systemic challenges facing the sector.
While devolution in itself has seen some improvements, the progress has been a case of two steps forward one step backward with emerging issues from medical supplies, insurance to human resource.
Dr Daisy Korir (pictured), the treasurer of the Kenya Medical Practitioners and Dentists Union, notes that the situation is actually worse compared to how it was before devolution even though there are improvements in infrastructure and resources.

SEE ALSO: A to Z of Katiba

Korir says in terms of health services, it is worse off as there is no improvement in Level One and Two hospitals.
“I would have expected that the dispensaries and health centres be the places well-staffed,” she said. “It is like we created 47 other governments.”
The union official said unrest among health workers actually increased once the health functions were devolved with the main issue being emoluments.
“What happened was once devolution took off, we no longer had control of how health workers were treated despite there being schemes of services and other human resource guidelines,” Korir says.

Instead of counties adopting these guidelines, Korir says they developed their own.

“Some even asked for suitability interviews for lower level medics like medical officers which never used to happen when we were in the national government because there was one scheme of service,” she says.
As such, there is a disparity in how medics are treated and some would go for months without pay.
“This has also affected how we negotiate since now we have 48 governments and each one of them is unique and we can no longer control the health workers,” she says.

As much as health is devolved, the docket appears still firmly in the grip of the national government.
This is, however, what medics are pushing for, as Korir says, only a Health Service Commission can resolve the human resource challenge.
Allan Maleche, a human rights lawyer heading Kelin, an NGO that advocates for health rights, says the national government was at first unwilling to let go of the health function.

This is while counties failed to take proactive measures in readiness to take over the functions.
“And the haggling – the Ministry of Health treating counties like infants and the counties waiting to be guided by the ministry – caused a lot of turmoil among healthcare workers.
“This led to the first ever nationwide strike of health care workers that had devastating effects on the health sector,” Maleche says.
He adds that there is also lack of transparency and accountability both in the counties and national government where the roles and not clearly stated.
“Like the case of Cuban doctors, no one really knows the kind of agreement that was signed between the national and county governments, or between the national government and the Cuban doctors,” he says.
The wrangles over control have also been seen in procurement of medical commodities through the Sh63 billion Medical Equipment Services that has since become a black hole roping in the Kenya Medical Supplies Authority.
A recent push from the Executive also saw the Health Law Amendment Act contested in court by Council of Governors because of the provision that all counties should buy medical commodities from the Kenya Medical Supplies Authority and not from any other suppliers.
For health care to improve, more funding is required for the sector.
In the 2018/2019 budget, 5.1 per cent (Sh90 billion) was allocated to health while counties’ average their budgets at 30 per cent.
While this seems substantial, up to 80 per cent goes into recurrent expenditures, mainly salaries.
The top counties with the highest health allocation were Elgeyo Marakwet, Laikipia, Kiambu, Tharaka Nithi and Machakos.