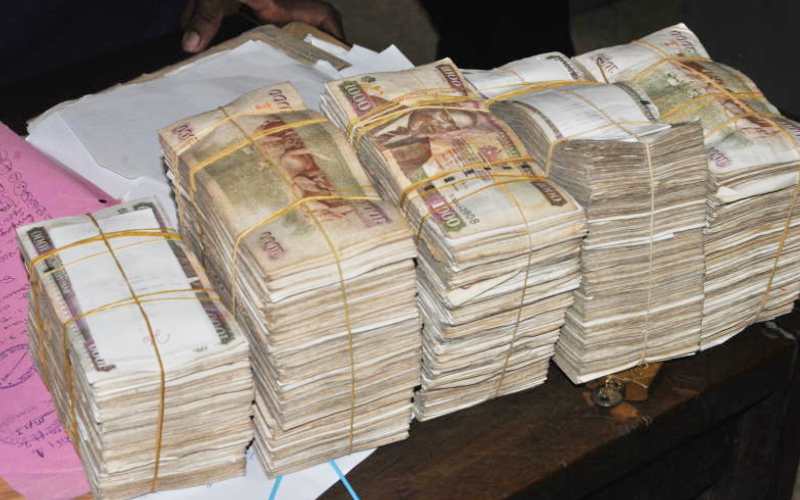 Kenya has been ranked among the leading African nations that record-high illicit financial flows, according to a new UN report. At position 24 globally, Kenya is ahead of Nigeria (34), Angola (35), Egypt (46), Mauritius (51), Cameroon (53) and South Africa (58).

The country has also recorded the second largest amount in returned stolen assets to African countries as at January 2020. At Sh17 billion, Kenya is third behind Libya (Sh14.2 billion) and Nigeria, which commands a strong lead at Sh1.4 trillion in recovered stolen cash as of early this year.

This value is larger than the Sh4.8 trillion the continent collects in overseas development aid and the Sh5.4 trillion in foreign direct investment each year.

The report, presented by UNCTAD Secretary General Mukhisa Kituyi in Nairobi last week, blames a gap between the desire of policymakers for capital openness and the level actually observed.

“Illicit financial flows strip government treasuries of needed resources for development expenditure. The report’s findings confirm that such financial flows are high in Africa and have been increasing over time,” said Dr Kituyi.

“African countries also need to engage much more in the international arena, including in the reforms of the international taxation system, to make it more relevant to the challenges Africa faces in the 21st Century.”

“At dinner parties in capital cities around the world, the world’s cosmopolitan elite compare notes on the best schools, the least-polluted cities, the alarming spread of insecurity, the threat of populism, and the latest on tax havens,” says the report.

“In a parallel reality, when educated men and women from the world’s disillusioned middle class meet, from the suburbs of industrialised countries to the compounds of African cities, they share common concerns about the future of their children, deep misgivings about inequality, injustice and a growing resentment towards the prosperous elite.”

Kenya is named adversely in the report and is highest among non-resource economies on the continent as a source and transit of illicit financial flows.

According to the Tax Justice Network Africa (TJNA) that measures the level of secrecy in economies and their facilitative role in enabling money laundering and tax evasion, Kenya is ranked top in African countries.

The report says corruption, embezzlement and misappropriation of property and funds by public officials, active and passive trading in influence are some of the channels through which illicit financial flows (IFFs) are amassed.

“Graft can be an enabler of IFFs by compromising the institutions tasked with anti-money-laundering obligations,” it explains in part.

“Entities with anti-money-laundering obligations may collude with clients not to fulfill their obligations or financial intelligence units may be prevented from performing their function by not being provided with sufficient independence, legal powers and resources.”

Kenya has also been flagged for having several tax treaties, including one with Mauritius that is being challenged by the Tax Justice Network Africa as facilitative in tax evasion and capital flight from the country.

This is worsened by a lack of a robust legal regime to effectively prosecute and deter the culprits. “In other two cases, respectively in Kenya and Zambia, the courts ruled that the Organisation for Economic Co-operation and Development guidelines can be used by taxpayers for transfer price calculation, although these rules are not part of the domestic legal system,” says the report.

“Interestingly the court in Kenya expressed its concern about the lack of relevant transfer pricing rules in the judgment and said that while ‘unfortunately our Act is silent on such methods to be employed or used, the court hoped that KRA would lead in the initiative to make rules in this regard.”

Kenya’s proposal to introduce a digital taxation system was, however, cited as one of the policy reforms African governments are using to address the problem.

Anti-money-laundering regulations were also cited as a step in the right direction. Kenya’s Proceeds of Crime and Anti-Money Laundering Act (2009) has helped regulators and prosecutors to track, trace and seize wealth made from the corruption.