Ben Affleck and Ana de Armas’ breakup is proving to be just as compelling as their whirlwind pandemic romance.

The same day news broke that the couple had called it quits after nearly a year of dating, pictures made the internet rounds showing a life-size cardboard cutout of the “Knives Out” star dumped in the trash outside Affleck’s home in LA’s Brentwood neighborhood.

In photos obtained by the Daily Mail, a person wearing a face mask and hat breaks the cutout of de Armas into pieces and deposits them into the trash bin. The job apparently was so taxing that it required two people.

The cutout shows the smiling star lying on her stomach while striking a pose.

BenAna die-hards might recognize the cutout as the same one Affleck’s children with ex-wife Jennifer Garner ― daughters Violet, 14, and Seraphina, 11; and son Samuel, 8 ― placed on his lawn as a prank back in July.

That very well may have been the height of the couple’s romance. Around that time, de Armas and Affleck were seen strolling the neighborhood almost daily, their movements breathlessly chronicled by paparazzi.

But things apparently soured in recent months, with multiple outlets reporting that de Armas was the one to call it quits.

“Ben is no longer dating Ana,” an unnamed source told People. “She broke it off. Their relationship was complicated. Ana doesn’t want to be Los Angeles based and Ben obviously has to since his kids live in Los Angeles.”

Another source added that the two are just at “different points in their lives.”

They were first romantically linked in March 2020, when they were spotted globe-trotting together in various sunny locales. A month later, they made their relationship Instagram-official with a lovey birthday post celebrating de Armas.

While neither has publicly confirmed the split, de Armas has taken perhaps the most obvious step in the post-breakup playbook: a fresh hairdo that screams “out with the old and in with the new.” 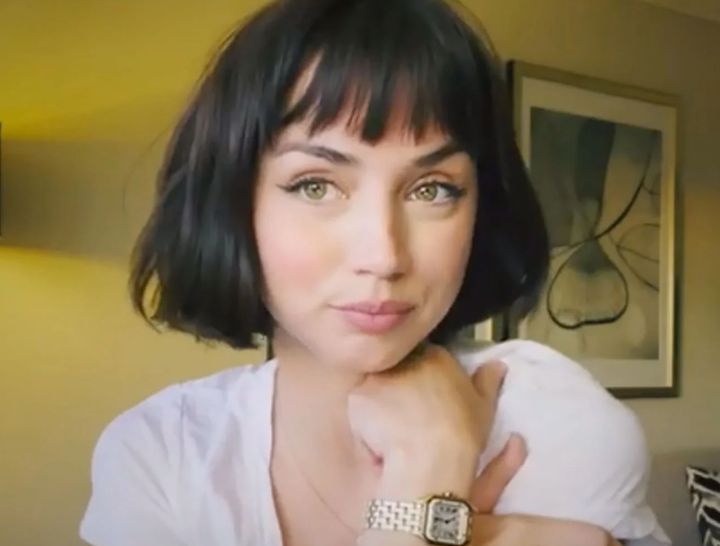