Sen. Lindsey Graham (R-S.C.) had an awkward moment on live TV earlier this week. Or as late-night host Jimmy Kimmel put it: He “seemed to get caught with his finger in the boogie jar.”

Kimmel played a viral clip of Graham on Fox News, staring at his finger after returning from a commercial break and quickly looking up at the camera with a forced smile.

The “Jimmy Kimmel Live” host then played the clip a second time, just to examine the moment more closely.

“He wasn’t picking his nose,” Kimmel concluded, mockingly defending Graham. “He was just in there searching for election fraud.”

But Graham wasn’t the only Republican on the receiving end of Kimmel’s pointed barbs. He also took on the members of the GOP who spent this week attempting to prove their fealty to ex-President Donald Trump as well as the “screwiest, q-iest member” of the party in Congress: 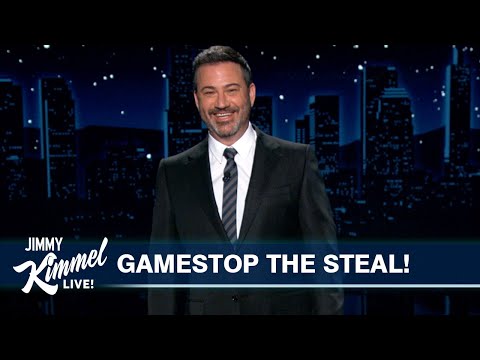