Lizzo is giving her self-love anthem a timely makeover for the final week of LGBTQ Pride Month.

The video arrives a year after Lizzo marked the 50th anniversary of the Stonewall uprising, historically cited as the start of the modern LGBTQ rights movement, with a benefit concert for the Stonewall Community Foundation.

The star has also been candid about how her early struggles with self-image inspired the empowering message she hoped to impart to fans through “Soulmate” and other tracks on her 2019 album, “Cuz I Love You.”

“My self-hatred got so bad that I was fantasizing about being other people,” she added. “But you can’t live your life trying to be somebody else. What’s the point?”

Meanwhile, the Fab Five of “Queer Eye” have proven themselves to be skilled co-stars when it comes to music video appearances.

Last year, the guys made cameos in the video for Taylor Swift’s “You Need to Calm Down,” which also featured appearances by Ellen DeGeneres, Billy Porter and Adam Rippon. 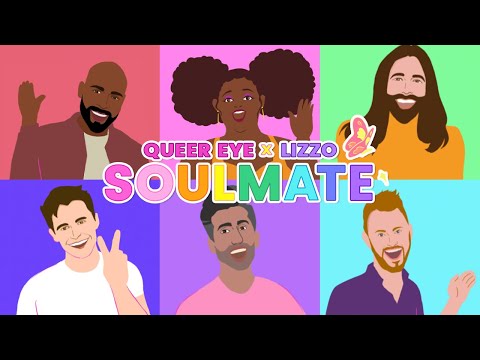