Miley Cyrus stopped by Barstool Sports’ “Call Her Daddy” podcast with host Alexandra Cooper to talk about, well, pretty much everything related to sex, romance and relationships.

The “Midnight Sky” singer revealed that two of the first people she ever hooked up with were girls, though she says she first went “all the way” at 16 with her ex-husband Liam Hemsworth. She also told him a bit of a complicated lie that came back around nearly 10 years later.

“I didn’t go all the way with a dude [until] I was 16,” she revealed, clarifying that it wasn’t with her ex-boyfriend Nick Jonas, but with Hemsworth. “But I ended up marrying the guy, so that’s pretty crazy.”

Cyrus and Hemsworth separated in August 2019 after less than a year of marriage, though the two had been on and off since 2010.

“Liam and Miley have agreed to separate at this time,” a rep for Cyrus told People at the time. “Ever-evolving, changing as partners and individuals, they have decided this is what’s best while they both focus on themselves and careers.”

The statement added that they “still remain dedicated parents to all of their animals they share while lovingly taking this time apart.” 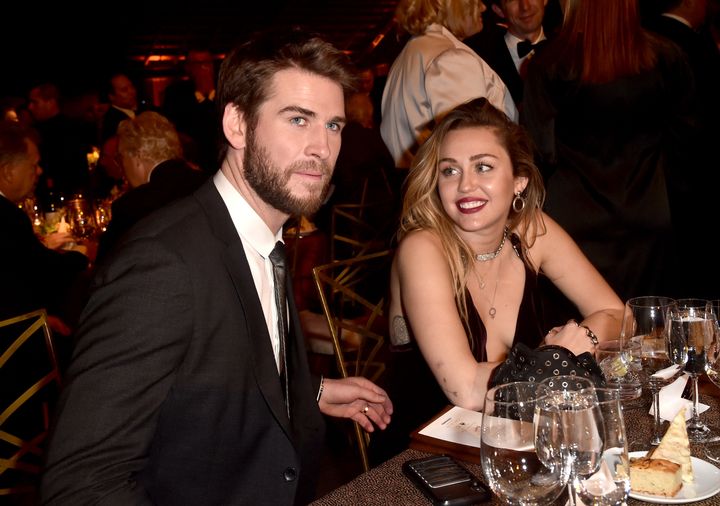 Cyrus moved on with reality star Kaitlynn Carter and then later began dating Australian singer Cody Simpson. Page Six reported Thursday that Simpson and the entertainer ended their relationship after 10 months together.