Few people know where the chickens are kept — their locations are undisclosed as a matter of national security.
Each day, hundreds of thousands of their eggs are trucked to facilities, where they are protected by guards and multimillion-dollar, government-funded security systems.But these eggs aren’t for breakfast; they’re the source of your common flu shot.
For the past 80 years, much of the world has relied on chicken eggs for the production of influenza vaccines.
About 174.5 million doses of the flu vaccine were distributed across the US this flu season through the end of February, of which an estimated 82% were egg-based, according to the Centers for Disease Control and Prevention (CDC).With each egg producing one vaccine, that means the US might have used 140 million eggs this flu season alone.
To prepare for annual flu seasons, as well as possible pandemics, the US government has invested tens or hundreds of millions of dollars over the past 15 years to ensure there are enough eggs for vaccines.
But now the world faces a new crisis: the novel coronavirus, which has infected more than 423,000 people globally and killed more than 19,000 since the virus emerged last December, according to Johns Hopkins University.There is no vaccine yet for the virus; and because it’s different than the influenza virus, traditional methods like using eggs won’t work. As scientists race to find a cure, the huge US stockpile of eggs won’t be of any help.

The rise of the egg-based vaccine

Scientists started exploring the use of eggs in vaccine production in the 1930s.Researchers in England conducted the first trials on their armed forces in 1937, and the year after the US found it could protect its military with the flu shot.A working egg-based vaccine was ready for the US public by the 1940s.
Here’s how it works today: The US CDC and other labs partner with the World Health Organization (WHO) to choose certain virus strains to send to private vaccine manufacturers. The flu can mutate and strains can change each year, meaning new vaccines are needed for every flu season.The selected virus is injected into a fertilized hen’s eggs, where it incubates and replicates for a few days — just as it would do inside a human host.
Scientists then harvest fluid containing the virus from the egg. They inactivate the virus so it can no longer cause disease, and purify it, leaving scientists with the virus antigen.The antigen is the crucial element — it’s a substance released by the virus that triggers your immune system to respond. That’s how the vaccine prepares your immune system for a real infection.The entire process, from the arrival of the egg to the publicly available vaccine, takes at least six months, according to the CDC.
The government gets its vaccines from a handful of manufacturing companies, which source their eggs from numerous farms in secret locations. The farms’ locations are “proprietary information,” said a spokesperson from Sanofi Pasteur, the biggest flu vaccine manufacturer in the US, citing “security sensitivities.”
The eggs don’t come cheap: the Department of Health and Human Services (HHS) spent $42 million on a three-year contract with one company to ensure a year-round supply of high-quality eggs, according to a 2017 report from the US Government Accountability Office (GOA).
That’s just one company from one time period; the HHS began contracting a handful of manufacturers and egg farms in 2005, meaning there are likely many more contracts worth tens of millions of dollars.
And these eggs are precious: if the supply chain is compromised, it could mean a nationwide shortage of crucial flu vaccines.
So, obviously, the eggs have bodyguards.
Part of that $42 million contract required that the vaccine manufacturer had “both a physical security program and a biosecurity program to provide protection against man-made and natural threats,” according to the GOA report.That might seem like a lot of money to spend on eggs, but each year the flu costs the US about $10.4 billion in hospitalizations and treatments, according to the CDC.
And the eggs aren’t only useful for flu vaccines — they could potentially be used to develop vaccines for other illnesses, said Leo Poon, head of public health laboratory sciences at Hong Kong University (HKU). It just depends on the illness, as some virus strains can’t incubate inside eggs.

Why the egg method won’t work for a coronavirus vaccine

As the coronavirus pandemic spreads, scientists and governments around the world are racing to develop a vaccine — but eggs won’t be the answer, said John Nicholls, a Hong Kong University clinical professor of pathology.Due to having different receptors and other characteristics, the novel coronavirus isn’t able to replicate inside eggs the way flu viruses can, Nicholls said.
Even beyond the immediate problem of the coronavirus, US officials have been pushing for non-egg alternatives in recent years.US President Donald Trump signed an executive order last September requiring health agencies to expand the use of alternative production methods.One reason officials are looking elsewhere is the six-month production time can be too slow. Not only could an illness spread globally during that time, but the virus injected into the egg could mutate and make the vaccine less effective, said Poon.
Another issue is that the supply is vulnerable to deadly avian flus. “If there’s a pandemic of H5N1 (avian influenza), it can kill chickens substantially and there will be a huge drop in egg supply, and you will have a problem getting enough eggs to make the vaccines,” Poon said.
The GOA report warned that it takes about 12 to 18 months to establish an egg supply large enough for either seasonal or pandemic influenza. But in the case of a fast-spreading pandemic like this, authorities simply can’t wait that long — and there aren’t that many chickens and eggs immediately available.More than 20 potential coronavirus vaccines using a range of non-egg technologies are now in development, according to the WHO.
Some of these are mRNA vaccines, which direct cells in the body to make proteins to prevent or fight disease using messenger ribonucleic acid, a molecule vital to the proper functioning of the body’s cells. Others use recombinant DNA technology, which produces an exact genetic match to proteins of the virus, and can then rapidly produce large amounts of antigen. 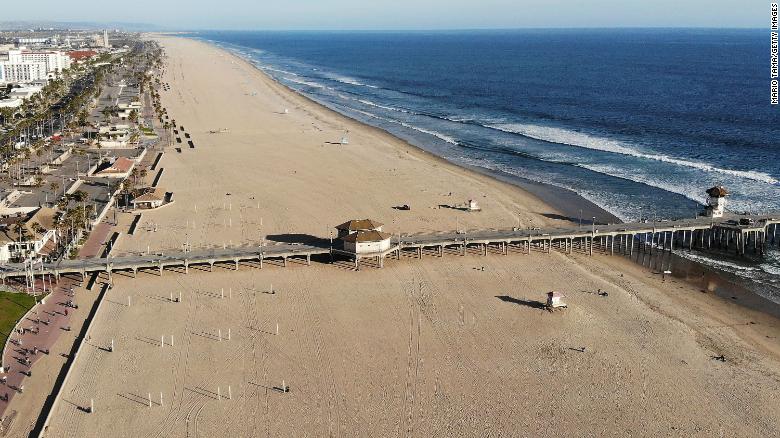 Even companies that traditionally make egg-based flu vaccines are jumping into the mix; Sanofi Pasteur said in February it was working on a non-egg coronavirus vaccine.Health officials warn it will take at least a year before any coronavirus vaccine is proven effective and gets necessary approvals for widespread distribution.Typically, clinical trials are broken into two phases. Phase 1, involving a few dozen people, would last about three months. Phase 2, involving hundreds of people, would last another six to eight months.
At least one Phase 1 coronavirus vaccine trial has now begun; the US study gave a dose to the first participant on March 17. Over six weeks, each participant will receive two injections about a month apart in varying doses, to try to establish that the vaccine is safe and induces a desired response from participants’ immune systems.
There is still a lot we don’t know about the coronavirus, said Poon — so the wide range of technologies being used to develop vaccines gives us a better shot at finding one that works.”That’s why I say I appreciate diversity,” he said. “You never know which one is going to work — it’s dangerous to put all the eggs in one basket.”