Good news for “Seinfeld” fans! Netflix is due to add at least 140 titles in October, including all nine seasons of the classic “show about nothing.”

Beyond old favorites like “Seinfeld,” the streaming platform will also be debuting a number of new original shows. “Maid,” for example, is a comedy-drama adaptation of Stephanie Land’s bestselling memoir of the same name. The show stars Margaret Qualley as a single mom, while her real-life mother, Andie MacDowell, plays her character’s mother.

Popular Netflix shows such as “You,” “Locke & Key” and “The Baby-Sitters Club” are set to release new seasons in October as well.

The streaming service also announced its new “Netflix & Chills” slate in honor of Halloween. Throughout the month, a number of spooky shows and movies (for grownups and for kids) will join the already existing Halloween collection. That includes “Nobody Sleeps In The Woods 2,” the sequel to the 2020 Polish slasher film, and “A Tale Dark & Grimm,” a family-friendly take on classic Grimm fairy tales.

As for non-Netflix movies, the first three films of the “Spy Kids” franchise will be available on Oct. 1, as will “Ghost,” “Gladiator,” “Malcolm X” and “Titanic,” among others. 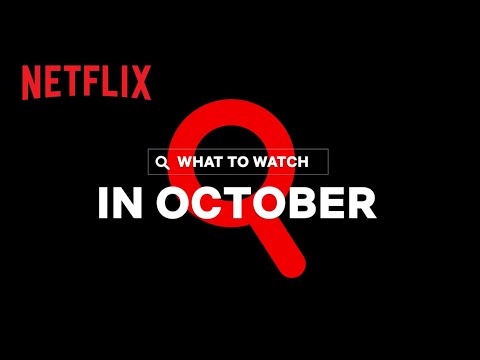 Check out the full list of incoming movies and shows below.

“As Good As It Gets”

“Once Upon a Time in Mexico”

“On My Block” (Season 4, Netflix Series)

“Ella Fitzgerald: Just One of Those Things”

“There’s Someone Inside Your House” (Netflix Film)

“My Brother, My Sister” (Netflix Film)

“Pokémon the Movie: Secrets of the Jungle” (Netflix Family)

“The Movies That Made Us” (Season 3, Netflix Documentary)

“Rita Moreno: Just a Girl Who Decided to Go For It”

“Reflection of You” (Netflix Series)

“One Night in Paris” (Netflix Film)

“The Four of Us” (Netflix Film)

“In for a Murder / W jak morderstwo” (Netflix Film)

“Maya and the Three” (Netflix Family)

“We Steal Secrets: The Story of WikiLeaks”

“King Arthur: Legend of the Sword”

“Nobody Sleeps in the Woods Tonight, Part 2” (Netflix Film)

“The Time It Takes” (Netflix Series)

“The Time It Takes” (Netflix Series)