Smarting out of a personal health challenge, ODM leader Raila Odinga (pictured) has been sucked into the centre of political quagmire as the storm over the county revenue allocation gets murkier ahead of a crucial vote tomorrow.

The three weeks stalemate has caused anguish at the counties and the sixth attempt at passing the Bill by Senate has adopted a poisoned chalice outlook for the Opposition leader whose handshake with President Uhuru Kenyatta committed his party to support government business.

By yesterday, no deal was in the offing and all eyes had turned on Raila, whose schedule at his Coastal hideaway entails daily physical exercises, sea breeze rest and choice diet to fully bring him back. According to family sources, Raila is supposed to be on a three weeks rest to fully recover before he can resume active public administrative duties.

But with the tomorrow’s vote putting his political reputation at risk, Raila last evening appeared poised for a meeting – virtual or physical – with President Kenyatta today, in one final attempt at brokering a truce. This, however, as ODM top honchos worked round the clock to insulate him from the unfolding mess at the Senate.

“We are in support and we have the numbers to pass the Bill on Tuesday so we do not need any whipping on the vote. ODM is in government and we must support the Government position, let them bring it on, we  cannot risk the BBI because of a small stalemate,” Kisumu Senator Fred Outa told The Standard.

Party chairman John Mbadi was firing on all cylinders against those dragging the name of Raila in the revenue sharing stalemate at the Senate. The National Assembly Minority leader claimed that it is the duty of the Senate leadership under Speaker Ken Lusaka to persuade its members to an agreeable formula.

“There is no reason to drag in Raila or President Uhuru Kenyatta’s name in this matter. The leadership has failed in their persuasion and consultation. Giving ultimatums and threats does not help,” said Mbadi in a veiled attack on Senate Majority Whip Irungu Kang’ata (Muranga).

He went on: “Senators are not children, they are adults and leaders. You don’t expect that they can be dictated upon to support the formula. The Senators can only be persuaded, but its within their right to support or reject.”

The delayed disbursement of the funds to the counties has crippled their operations, forcing some of them to delay paying salaries to staff and implementing crucial functions. They have also harped on the delays in their explanation on preparedness to handle the Covid-19 pandemic. 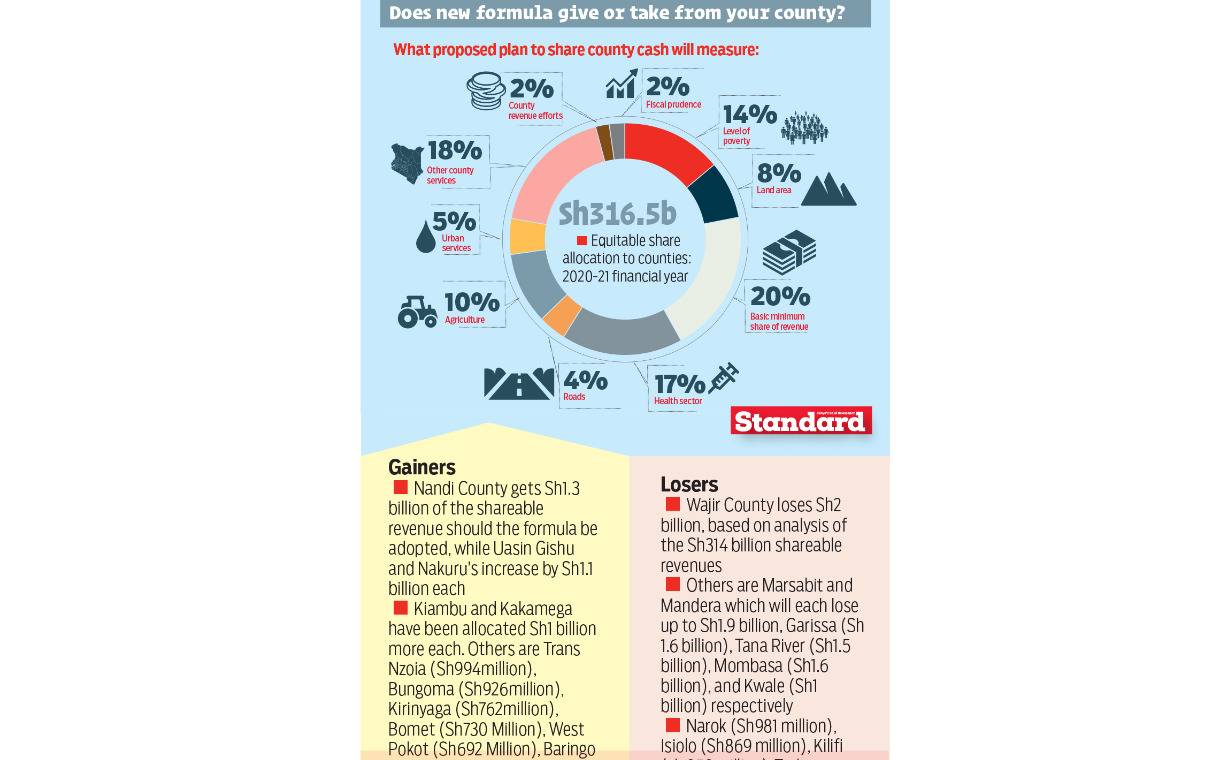 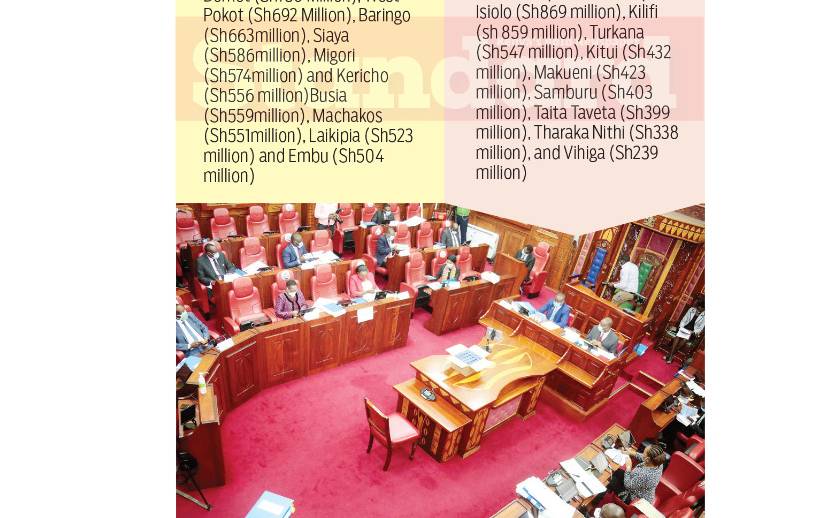 “We have not received any coin for the months of June and July. This has rendered us hopeless and ineffective in our duties in the wake of Covid-19 pandemic. We are unable to pay staff salaries and provide other crucial services to our people,” said chair of the Council of Governors Wycliffe Oparanya.

As the quagmire grows, Raila’s ex-allies are shifting blame on the Senate, which is now in firm grip of both the ODM leader and Kenyatta.

Amani National Congress (ANC) leader Musalia Mudavadi claimed that the impasse was hurting the country the most.

“Emotionalism in a matter like this one will not be very helpful. Leaders should focus on finding a formula. This is not the time for grandstanding. They should not look for arrangements not recognised in law,” said Musalia.

He said county governments are recognised under the Constitution and starving them of their rightful share of the national cake is uncalled for, adding that if the new formula is raising divisions then the Senate should quickly resolve and adopt the use of the current formula.

“In fact, if you see him now you will wonder whether he was sick or not. He looks young, fresh, strong and healthier than even before,” Mbadi claimed.

Raila has in the past assured Kenyans that he was feeling strong and fit after the surgery. He affirmed in a short interview that he was in good health two weeks ago before he returned to Kenya.