The House speaker’s husband was hospitalized but is expected to recover. The motive for the attack is under investigation.

An attacker broke into the San Francisco home of House Speaker Nancy Pelosi (D-Calif.) and assaulted her husband with a hammer, police said Friday.

San Francisco Police Chief Bill Scott said officers arrived at Pelosi’s house for a “well-being check” at around 2:27 a.m., where they saw Paul Pelosi and an adult male both holding a hammer.

“The suspect pulled the hammer away from Mr. Pelosi and violently assaulted him with it,” Scott said. “Our officers immediately tackled the suspect, disarmed him, took him into custody, requested emergency backup, and rendered medical aid.”

Scott identified the suspect as a 42-year-old named David DePape. The man will be charged with attempted homicide, assault with a deadly weapon, elder abuse and burglary.

Both Pelosi and DePape were taken to a hospital, Scott said.

“Mr. Pelosi was admitted to Zuckerberg San Francisco General Hospital where he underwent successful surgery to repair a skull fracture and serious injuries to his right arm and hands,” Pelosi’s office said later on Friday. “His doctors expect a full recovery.”

DePape entered the home looking for the speaker, a source briefed on the assault told HuffPost, but she wasn’t there. Before the attack, the intruder confronted Paul Pelosi, saying, “Where is Nancy, where is Nancy?”

It’s eerily similar to what a Donald Trump supporter chanted as a mob searched for Nancy Pelosi during the siege of the U.S. Capitol on Jan. 6, 2021. Rioters ransacked the speaker’s office that day. 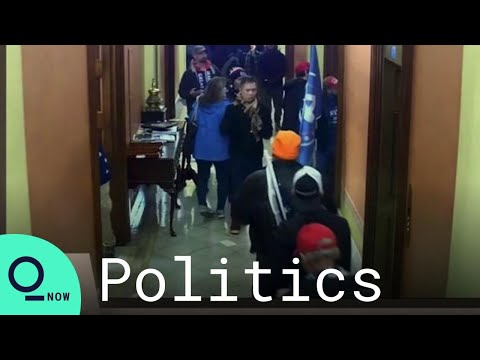 DePape’s internet presence suggests an obsession with far-right conspiracy theories, and some Democrats quickly condemned Republicans for the attack.

“Now is not a moment for timidity. Let’s be direct. Today’s violence seems to be the direct product of Big Lies from many Republicans and Republican propaganda organs about Democrats and American democracy,” Rep. Bill Pascrell (D-N.J.) said in a release.

“Turn on rightwing media on any given day or night. You will see frothing hosts shrieking unspeakable lies and unfounded conspiracy theories about women, religious and ethnic minorities, city residents, young people, and scores of others Americans,” Pascrell said.

The U.S. Capitol Police announced that they and the Federal Bureau of Investigation are helping San Francisco police investigate the attack.

The attack comes amid heightened concerns over both crime and political violence. Within minutes of Pelosi’s statement, a Fox News host described the attack as an example of how “crime hits everybody.”

Democratic Rep. Jackie Speier, whose district includes part of San Francisco, suggested early on Friday that the attack could be political.

“While the motive is still unknown we know where this kind of violence is sanctioned and modeled,” Speier wrote on Twitter.

Nancy Pelosi is one of the best-known politicians in the country. She is also one of the most vilified Democrats in Republican campaigns, which invoke her name as a symbol of Beltway liberalism.

In August, Paul Pelosi pleaded guilty to misdemeanor charges of driving under the influence. He also has faced scrutiny for his stock trades, and some lawmakers have pushed for a ban on members’ spouses trading stocks.

Years-old blogs that appear to belong to DePape show posts about LSD, Burning Man and quartz crystals. But more recent posts show disturbing signs of right-wing radicalization. Two posts from Aug. 26 of this year read “Pedophile normalization” and “black pilled,” the latter being internet slang for becoming hopelessly nihilistic regarding the government, society or one’s own life. Another post, from Aug. 26, reads, “Hitlery did nothing wrong.”

Others complain about “communist propaganda.” One post, simply labeled “Q” ― an apparent reference to the QAnon conspiracy theory universe ― references a meme about the conspiracy theory involving wealthy pedophiles trafficking children through the furniture website Wayfair.

Another website with posts authored by a David DePape shows him closely following various right-wing political obsessions, like false claims of widespread voter fraud, Justice Department special counsel John Durham’s investigation. Many others show his obsession with “the Jew media,” including a recent post about the war in Ukraine: “The more Ukrainians die NEEDLESSLY the cheaper the land will be for Jews to buy up.”

“This morning’s terrifying attack on Paul Pelosi by a man obsessed with election conspiracies is a dangerous reality encouraged by some members of my own party,” Rep. Adam Kinzinger (R-Ill.) wrote Friday.

In earlier years, DePape apparently had other fringe interests.

A 2008 article in The Oakland Tribune noted that DePape and Gypsy Taub, a well-known nudist activist in San Francisco, were hosting a community Thanksgiving meal for hundreds of people.

In 2013, Taub staged a naked wedding to Jaymz Smith on the steps of San Francisco’s city hall. Ahead of the occasion, SF Gate referenced a “David dePappe,” spelled with an extra “p,” who it reported was “a hemp jewelry maker and father figure who will double as best man.”