A rights body has taken on Education Cabinet Secretary George Magoha over his advice to schoolgirls on how to keep off preying teachers.

East African Centre for Human Rights (EACHR) claimed Prof Magoha’s July 17 statement purported to shift the blame of teen pregnancies to girls instead of addressing the root causes of the problem.

In his statement, Magoha, while addressing schoolgirls told them “your body is the temple of the Holy Spirit. You are the one with the power there…” as he warned the girls against agreeing to teachers’ advances.

EACHR chief executive Dr Judith Oloo said Magoha’s warning was ill-advised and could not have come at a worse time when the country is grappling with the highest rate of teenage pregnancies ever witnessed in Kenya. Schools have also been identified as the second highest hub of sexual violence against children, after the home environment.

“We would like to call out the CS for making such an irresponsible statement which only acted to take the blame away from where it should be on the perpetrators and taking it to the victims (girls). Indeed, such statements amount to victim shaming, making it difficult, if not impossible, for any child who has been abused to make a report,” Oloo said.

She said Article 53(1) of the Constitution protects children from abuse and State officers like Magoha should work to breathe life into the provision.

She also cited the Sexual Offences Act which criminalises all forms of sexual activity with anyone under the age of 18 and the Children’s Act in section 13 which obligates the State to protect children from physical and psychological abuse, neglect and any other form of exploitation, including sexual violence. 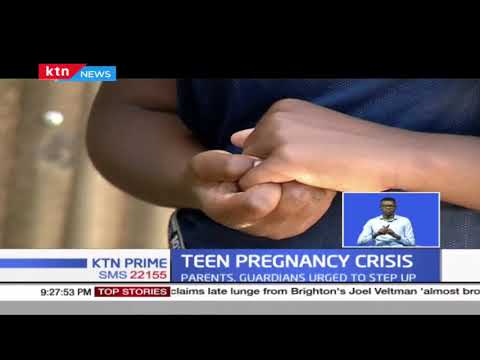