Sacha Baron Cohen shared some behind-the-scenes secrets to one of the most memorable scenes in the “Borat” sequel (that doesn’t involve a former New York mayor).

It’s the scene in which Cohen as Borat and costar Maria Bakalova as Borat’s daughter, Tutar, turn a cupcake mishap into a plot device that leads them into a “pregnancy crisis center.” These centers often look like places for pregnant women seeking abortions to get help. Instead, they are fronts for anti-abortion organizations where women are pressured into keeping the baby ― even in seemingly extreme situations.

In a video for Vanity Fair, Cohen explained how the scene unfolded, how it was shot and how the nature of his filming style and comedic methods left little room for error: 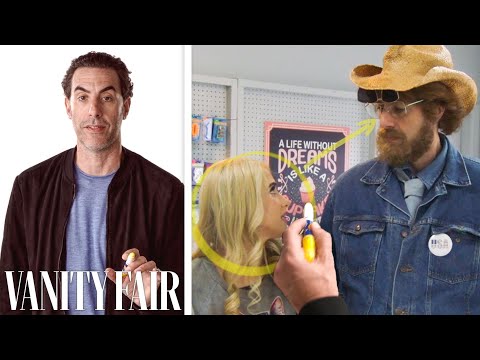