Las Vegas (CNN Business)Samsung unveiled on Monday its vision for the futuristic home, where robots follow you around, anticipate your needs and serve as “companions.”

At the CES consumer electronics show in Las Vegas, the company showed off a yellow tennis ball-like robot named Ballie — think BB-8, the lovable droid from “Star Wars” — that acts as your personal assistant. The small robot packs built-in artificial intelligence capabilities, a camera and a mobile interface that intend to help you around the house.
Samsung (SSNLF) thinks Ballie will especially resonate with pet owners, entertaining them during the day and allowing users to watch them remotely via the camera.
The product comes at a time when more companies — including Facebook (FB), Google (GOOG) and Amazon (AMZN) — aim to put more cameras into household items. Those efforts coincide with a series of data sharing scandals that have surfaced in the past year that have left businesses reeling to earn back user trust.
“We want Ballie to keep our secrets,” a Samsung executive told attendees. “We want an AI we can trust. We are working hard to bring all of this [to Ballie].”
The company emphasized it would not share data with third-party companies without prior and direct consent from its users.

Samsung US Newsroom
✔@SamsungNewsUS
Meet #Ballie, Samsung’s human-centric vision of robots that takes personalized care to the next level. The small rolling robot, “understands you, supports you, and reacts to your needs.” #CES2020 #SamsungCES2020 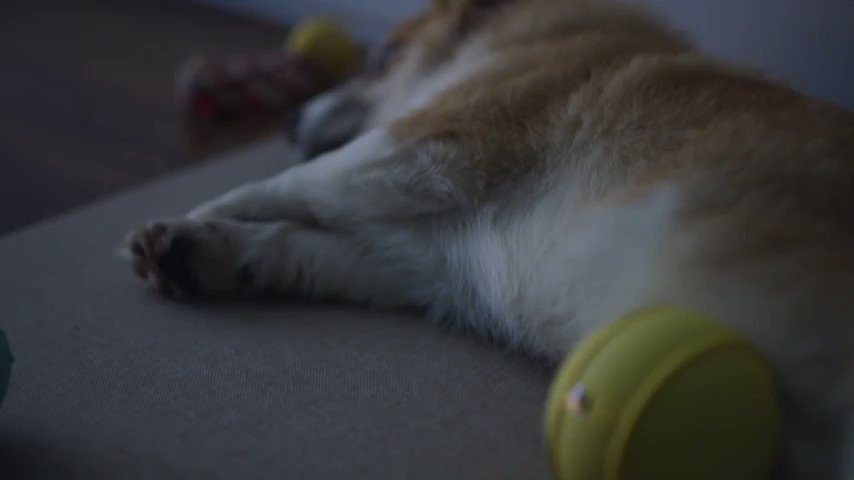 2,620 people are talking about this
It also teased another product called Bot Chef featuring robotic arms that help prepare meals. The company didn’t provide a timeline or price for either gadget.
Samsung is bringing its personalization to the living room, too, with a massive 292-inch microLED modular set — what it calls “the world’s largest TV.” By comparison, most large TVs are around 70-to-80 inches. Consumers are also able to personalize the size (up to 292 inches) and tweak certain features, including the aspect ratio, on the 292-inch TV.
Even though a 292-inch TV would be hard to fit in most houses, Samsung’s array of new TV sets are part of a larger effort to drum up consumer excitement and reposition itself in the tech industry as an innovation leader.
Also for the living room, Samsung showed a live demo of its new GEMS platform that, with the help of augmented reality glasses, provides artificial intelligence fitness programs from a virtual workout couch.
The company did not reveal any details about its much-anticipated project Neon, which Samsung has teased as a more visual digital assistant — or “artificial human.” The CGI-like system, which was expected to launch at CES 2020, is expected to be far more sophisticated than existing digital assistants.
On Sunday, Samsung showed off its new Sero TV, a unique concept with a display that rotates vertically from landscape mode. Samsung hopes it will appeal to “the mobile generation” looking to watch the videos they consume on social media or shoot on their smartphones on a much bigger screen. (“Sero” means vertical in Korean).
The 43-inch 4K TV looks like a standard horizontal model but when you press a button, the orientation of the display switches, similar to what happens on a mobile device.