Politics
The committee, chaired by Kakamega Senator Cleophas Malala, is set to table its report in the Senate next Friday. 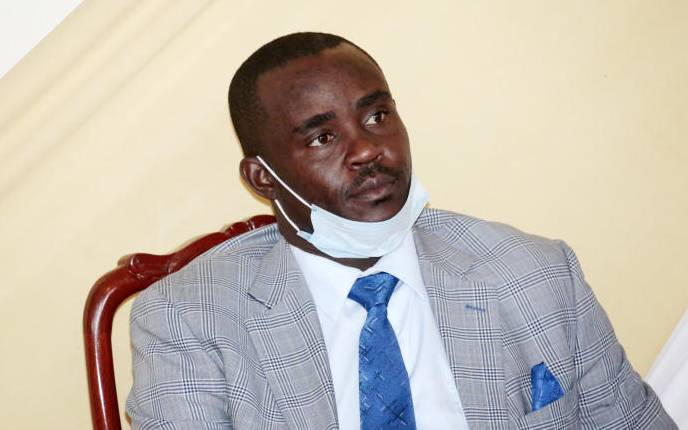 The 11-member Special Committee formed to investigate the impeachment of Governor Anne Waiguru has told Kirinyaga County voters that justice would be dispensed.
The committee, chaired by Kakamega Senator Cleophas Malala, is set to table its report in the Senate next Friday, amid apprehension that it would ‘sanitise’ the county boss.
Malala (above) dismissed claims by a number of senators from Jubilee Party’s Tangatanga faction, which is allied to Deputy President William Ruto, that ‘the die is cast’ and the county boss would be saved.

“The membership of this committee is competent and we assure the people of Kirinyaga and the general public that all parties will be treated equally,” Malala said moments after he was unanimously elected to chair the team.
“We know the stakes are high. We know the whole country is watching us, but the only assurance we can give is that the judgement will be fair and we turn to God to give us the wisdom to transact this business.”
Malala faulted some of his colleagues and members of the National Assembly who have cast aspersions on the committee’s capacity to be impartial and promised to conduct a fair process.
During the Tuesday debate in the Senate, some legislators, led by Elgeyo Marakwet Senator Kipchumba Murkomen, opposed the formation of the committee, saying the people of Kirinyaga wanted the plenary route following precedence set in former Kiambu Governor Ferdinand Waititu’s case.
“The senators who are here know very well that if a committee is chosen and for whatever reason, they go and clear a governor, that is the end of the matter. It will never come to this House,” said Murkomen.

SEE ALSO: Great escape: Except for Waititu, other governors had the last laugh

Senators Charles Kibiru (Kirinyaga), John Kinyua (Laikipia) and Njeru Ndwiga (Embu) also called on their colleagues to back the plenary route, saying the governor would be more confident when exonerated than the suspicion the committee would generate.
Murkomen and Ndwiga argued that the committee will only be tabling the report in the House for noting, with no further debate.
Only six members are required to save the governor after the hearing set for June 23 and 24, before the committee retreats to write the report and table it. The governor will appear before the House to defend herself if the charges are upheld before a vote is taken by senators.