Notably absent from Benjamin Scheuer’s music video for his tender debut single is the artist himself.

Unveiled Tuesday, March 31, to mark International Transgender Day of Visibility, “I Am Samantha” was inspired by Scheuer’s friendship with screenwriter Samantha Williams, who is trans. The video imagines a world entirely populated by trans-identifying people, who interpret the song’s lyrics as both a rallying cry and an affirmation of their respective identities. In addition to Williams, the 27-member cast includes Skyler Jay, who appeared on Netflix’s “Queer Eye,” and Monica Helm, the creator of the transgender pride flag.

Though Scheuer is cisgender and straight, he hoped the song would capture Williams’ experience before her gender confirmation and, as such, found it most effective to write directly from her perspective. Though he’s aware this choice may rankle some critics, he said he sees it as part of his artistic mission to “tell other people’s stories,” acting as a musical anthropologist of sorts.

Watch the “I Am Samantha” video below. 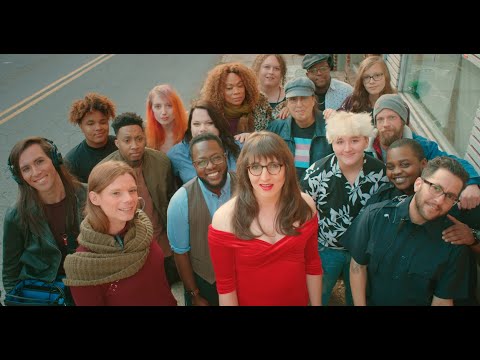 “Most of being a songwriter and performer is listening,” he told HuffPost. “I like telling stories about all different kinds of people that you may never have met. Maybe by hearing the song, you’ll get a bit of their humanity, and you’ll be more inclined to listen to their point of view and listen to where they’re coming from.”

By adapting Williams’ own words as lyrics, he found he was able to craft “a really specific story about a friend of mine, but also a more universal trope about acceptance, being OK with who you are and accepting other people for who they are.”

To direct the video, Scheuer tapped T Cooper after seeing his 2018 documentary “Man Made,” which traced the lives of transgender bodybuilders.

Joining the cast on set in Atlanta, Williams said, was “one of the most exciting moments of my life.”

“I’ve never seen anything that has exclusively trans performers, painting a world that is entirely populated by trans individuals,” she said. “It’s a big contribution to representation in recorded music and in film. My hope is that it will make a lot of people feel just a little bit less alone.”

She had similar praise for Scheuer, whom she met while working in a New York coffee shop in 2018.

“He’s just so eager to learn of other people’s experiences,” she said. “And I think that exuberance really comes through in his music.”

“I Am Samantha” kicks off a new chapter for Scheuer, who is best known for 2014’s “The Lion,” a one-man, semi-autobiographical musical recounting his early bout with cancer and fractured relationship with his father. The new single will be featured on his debut solo album for Atlantic Records, slated for release later this year but now likely delayed by the coronavirus pandemic.

With his recording sessions and touring prospects on hold, Scheuer is hunkered down with his family in England. He hopes to spend this time of isolation writing and refining his new music. 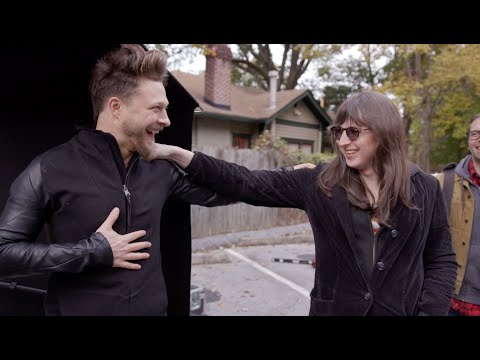 Watch a short behind-the-scenes documentary about the making of “I Am Samantha” above.