Senate speaker Kenneth Lusaka has clarified the validity of nominated senator Isaac Mwaura’s vote on The Constitution of Kenya (Amendment) Bill, 2020 unofficially known as the BBI Bill this morning.

Before the speaker pronounced himself on the matter, there was, in circulation, a Gazette notice that delisted Senator Isaac Mwaura Maigua as a nominated senator with effect from May 7, 2021.

“It is important to note that the publication of this Gazette came to my notice for the first time during the lunch break this afternoon,” Lusaka explained to the senators why the issue was not raised before the voting took place.

Siaya Senator James Orengo, however, blasted the House for its inconsistency.

Orengo said that the Senate had a history of disobeying court orders when they were not in favour of other senators.

“You are on record saying that court orders mean nothing, we are to blame for this,” he said.

The party, through its Secretary-General Rasphael Tuju, said that the Senators were expelled for contravening its constitution by announcing allegiance to UDA.

The senators then filed two separate petitions through lawyer Hillary Sirgei arguing that they were not served a fair hearing by the party’s disciplinary committee.

Mwaura had filed a separate petition while the other five filed a joint application.

In his application, Mwaura averred that his expulsion decision was not in line with the party’s constitution because the disciplinary process was not initiated by a written and signed petition. 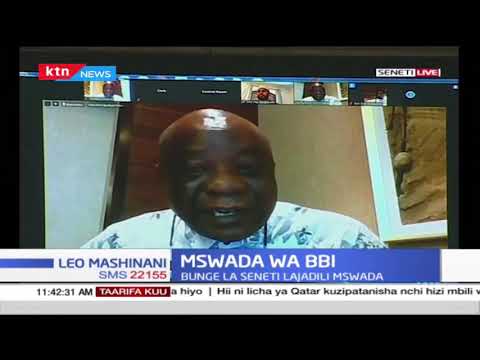