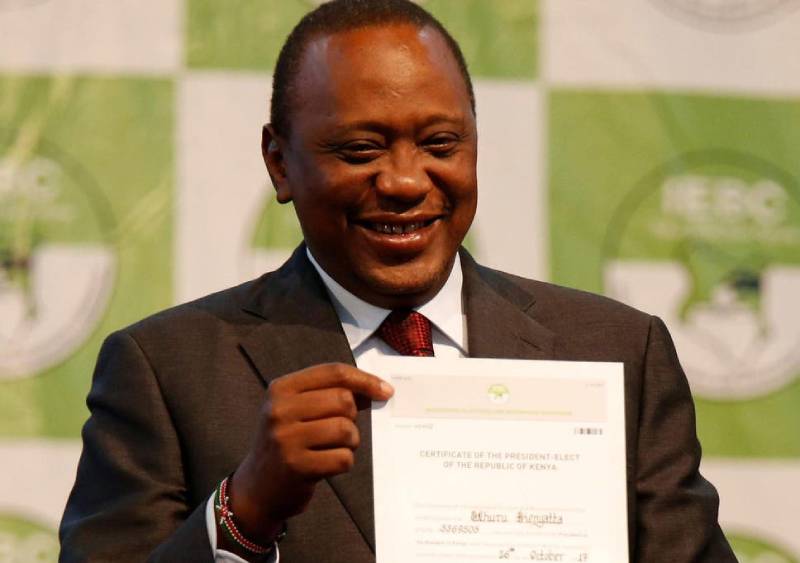 The Talai clan of Nandi has distanced itself from the recent “coronation” of Deputy President William Ruto.
Yesterday, elders from the clan said they installed President Uhuru Kenyatta (pictured) in the run-up to the 2013 General Election and that they would not coronate any other leader until the Head of State retires.
They said Ruto’s June 5 dawn “coronation” was rushed.

The event has sparked divisions among elders and created a political wave in the Rift Valley, prompting a series of meetings by Talai elders.
Led by Christopher Koiyogi, 80, the elders dismissed the event and said they bestowed blessings on President Kenyatta and were yet to identify another leader to instal.
The elders said giving the instruments of power and coronation to any other leader would appear like toppling the president.
According to Mr Koiyogi, a former civic leader, Uhuru was handed the leadership baton and it is only until his retirement that another leader will receive the blessings.
“We gave Uhuru our blessings, and we can’t give DP Ruto blessings when Uhuru is still in power,” Koiyogi said during a meeting at Kapsisiywa.

He added: “Installing Ruto as the next leader would wedge a war between the president and his deputy. What the president think of us if we instal someone else yet he is still in power?”
Cleansing ceremony
Stephen Tuwei, another elder, said a cleansing ceremony must be done to protect the Kalenjin community from curses following the coronation rituals.
“Talai clan hierarchy was not followed. We want our elders to do a cleansing ceremony because we want our ceremonies done under the correct cultural procedures. Our culture was politicised, and we don’t want a repeat of that,” he said.
Stephen Sugut, a Talai elder, said the installation rituals involve intricate plans that include consideration of the conduct of the man to be bestowed the honour upon to speak for the community.