Taylor Swift says that missing scarf  in ‘All Too Well’ Is ‘A metaphor’. The entire Gyllenhaal family is sleeping peacefully tonight.

You know the scarf. The scarf ― the red one Taylor Swift supposedly left behind at the house of a former flame’s sister. Well, Maggie Gyllenhaal can call off the search, because now Swift suggests the infamous accessory may never have even existed.

For years, fans have speculated about the whereabouts of the missing item, which features prominently in “All Too Well,” the singer’s beloved 2012 ballad allegedly inspired by her short-lived romance with Jake Gyllenhaal.

But in a twist, it now seems the legendary reference (“I left my scarf there at your sister’s house/ And you’ve still got it in your drawer even now”) might never have been to a real, physical scarf at all.

During an appearance at the Toronto International Film Festival on Friday night, Swift made a rare comment about the scarf.

“Basically, the scarf is a metaphor and we turned it red because red is a very important color in this album, which is called ‘Red,’” she told the crowd. “And I think when I say it’s a metaphor, I’m just going to stop, and I’m going to say ‘thanks for the incredible question’ to whoever asked it. You’ve really taken us for a ride with that one.”

🎥| @TaylorSwift13 about the red scarf

"is a metaphor… and… stop" pic.twitter.com/VbjiSVPT8Q

The hunt for the scarf attracted renewed interest in November with the release of “Red (Taylor’s Version).” The re-recorded album included a new 10-minute version of “All Too Well” and an accompanying short film about the doomed relationship at the center of the song.

Swift, who wrote and directed the film, was at the festival to promote the project starring Sadie Sink and Dylan O’Brien, which just might yield the singer’s first Academy Award nomination.

Since the pop star seldom reveals the inspirations for her songs, her fans have tried to put together the puzzle pieces for years to determine who in fact has the scarf in their possession.

Naturally, Maggie Gyllenhaal has fielded her share of inquiries.

“I never understood why everybody asked me about this scarf,” she said during an appearance on “Watch What Happens Live With Andy Cohen” in 2017. “I am in the dark about the scarf. It’s totally possible. I don’t know. I have been asked this before.” 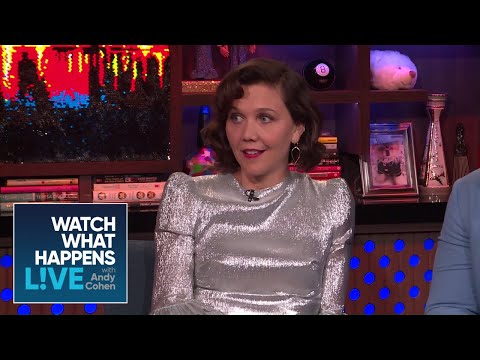 Jake Gyllenhaal, whose relationship with Swift spanned about three months in 2010, has recently been more forthcoming after years of silence, insisting in February that the song “has nothing to do with me.”

“It’s about her relationship with her fans,” he told Esquire. “It is her expression. Artists tap into personal experiences for inspiration, and I don’t begrudge anyone that.”

He did, however, express some frustration with the fervor surrounding the lyrics ― Swift’s fanbase has continued to harass the actor on social media ― and suggested that perhaps the singer should put a stop to it.

“At some point, I think it’s important when supporters get unruly that we feel a responsibility to have them be civil and not allow for cyberbullying in one’s name,” he said. “That begs for a deeper philosophical question — not about any individual, per se, but a conversation that allows us to examine how we can — or should, even — take responsibility for what we put into the world, our contributions into the world.”

Alas, the singer has never addressed Gyllenhaal’s comments publicly or shared any more details about their relationship. But in true Swift fashion, she’s still making money off her heartbreak and selling a red knit scarf as merchandise on her website.