NEW YORK (Reuters) – Whatever nickname ultimately gets attached to the now-ending Twenty-tens, on Wall Street and across Corporate America it arguably should be tagged as the “Decade of Debt.”

With interest rates locked in at rock-bottom levels courtesy of the Federal Reserve’s easy-money policy after the financial crisis, companies found it cheaper than ever to tap the corporate bond market to load up on cash.

Bond issuance by American companies topped $1 trillion in each year of the decade that began on Jan. 1, 2010, and ends on Tuesday at midnight, an unmatched run, according to SIFMA, the securities industry trade group.

In all, corporate bond debt outstanding rocketed more than 50% and will soon top $10 trillion, versus about $6 trillion at the end of the previous decade. The largest U.S. companies – those in the S&P 500 Index .SPX – account for roughly 70% of that, nearly $7 trillion. 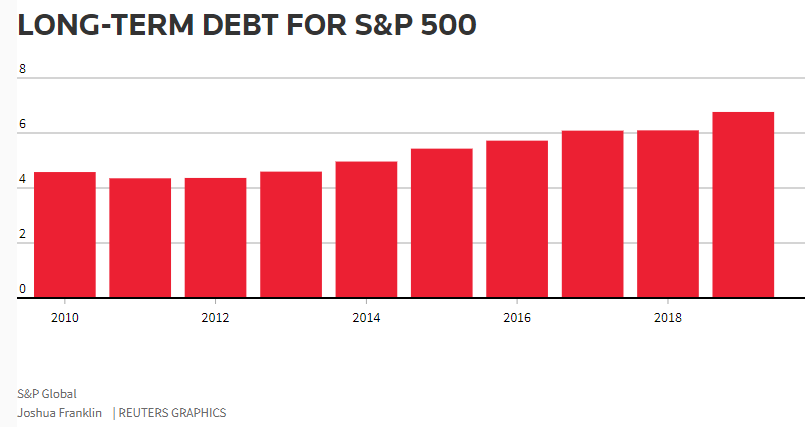 What did they do with all that money?

It’s a truism in corporate finance that cash needs to be either “earning or returning” – that is, being put to use growing the business or getting sent back to shareholders.

As it happens, American companies did a lot more returning than earning with their cash during the ‘Tens.

In the first year of the decade, companies spent roughly $60 billion more on dividends and buying back their own shares than on new facilities, equipment and technology. By last year that gap had mushroomed to more than $600 billion, and the gap in 2019 could be just as large, especially given the constraint on capital spending from the trade war.

The buy-back boom is credited with helping to fuel a decade-long bull market in U.S. equities. 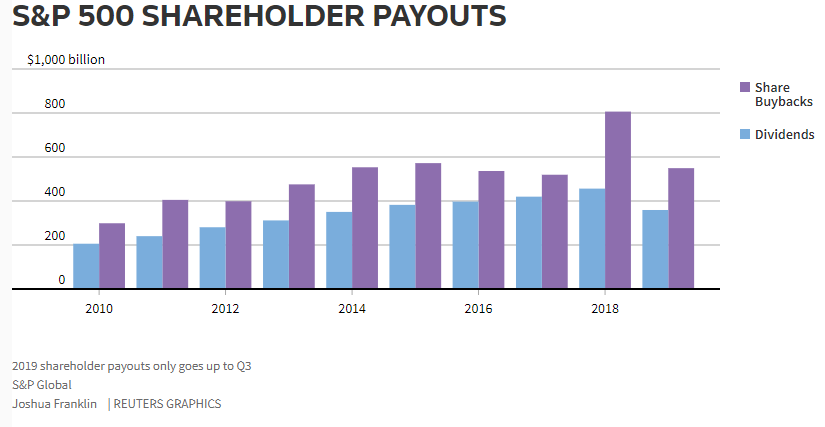 Meanwhile, capital expenditure growth has been choppy at best over 10 years. This is despite a massive fiscal stimulus package by the Trump administration, marked by the reduction in the corporate tax rate to 21% from 35%, that it had predicted would boost business spending. 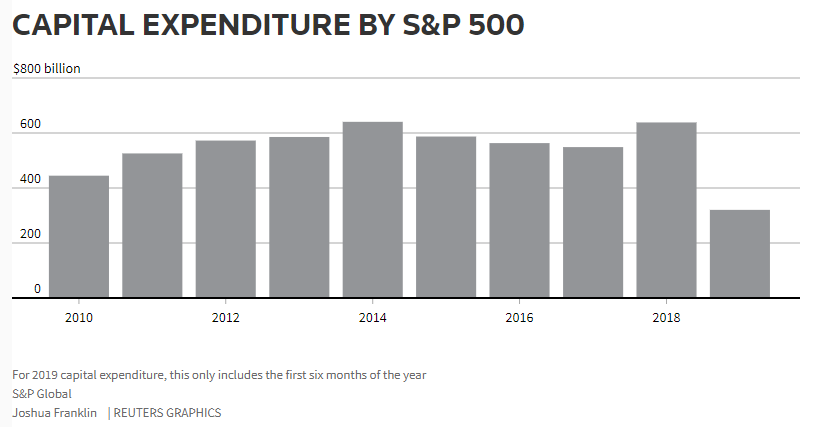 One byproduct of stock buy-backs is they make companies look more profitable by Wall Street’s favorite performance metric – earnings per share – than they would otherwise appear to be.

With companies purchasing more and more of their own stock, S&P 500 EPS has roughly doubled in 10 years. Meanwhile net profit has risen by half that, and far more erratically. 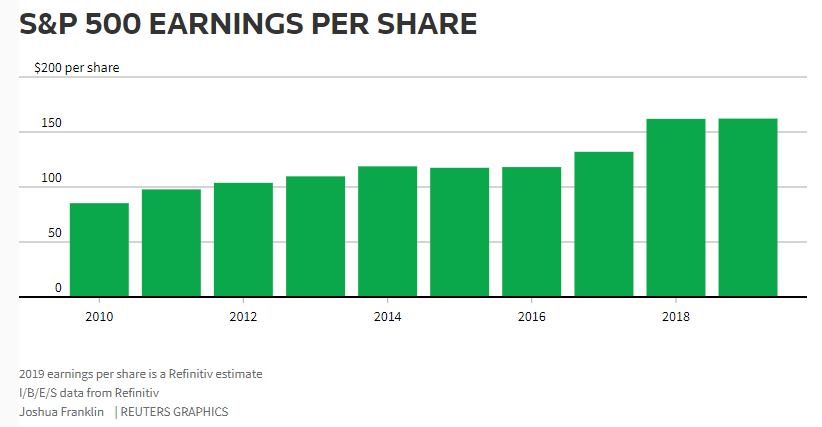 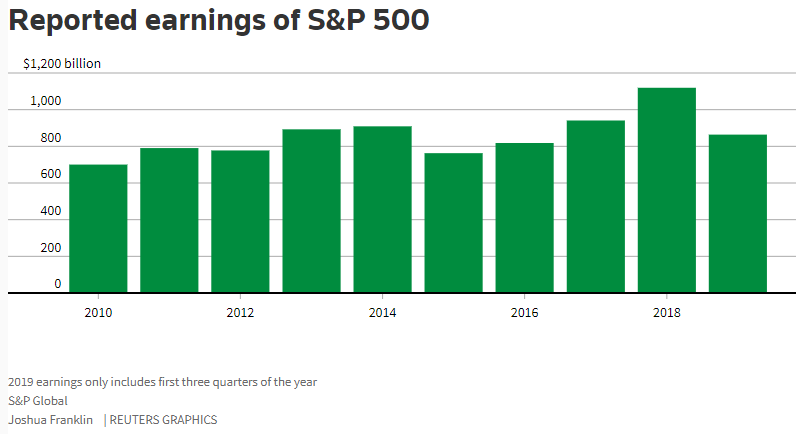 The corporate bond market has not only gotten bigger, it has gotten riskier.

With investors clamoring for yield in a low-rate world, debt rated only a notch or two above high-yield – or junk – bond levels now accounts for more than half of the investment-grade market, versus around a third at the dawn of the decade.

Mutunga On Bringing Miguna Back Even If It Means Colliding With Gov’t: I’m Doing It For The Country