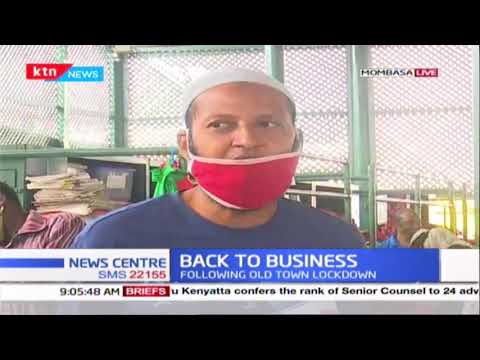 It is 5am and as the corporate half of Nairobi shakes off the last vestiges of sleep, Wakulima Market is already minting its first million of the day.

Tens of trucks squeeze into the dimly lit streets next to the market where hundreds of traders, handcart pullers and all sorts of middlemen await in anticipation.

It is a higgledy-piggledy state of affairs, the embodiment of the hustle and bustle of open-air markets as the region’s biggest fresh produce market comes to life.

Though initially meant for 300 traders, the market now serves over 20,000 people.

It is time for the lorry drivers to catch a nap and grab a bite from food vendors who, like owls, are nocturnal.

Subscribe to our newsletter and stay updated on the latest developments and special offers!

Most of them have been driving overnight to get their all-important cargo to the market in time, but could be back on the road again in a matter of hours.

More space is taken up by handcarts, popularly known as mkokoteni. Also milling around the trucks like a cackle of hyenas around a prey are porters described here as human carriers.

Here, time counts for everything and the earlier you are, the more likely you are to get the best produce arriving from upcountry, which translates into better returns for the day.

Marikiti, which is joined at the hip with Muthurwa Market, is a bee-hive of commercial activities.

There are trucks full of assorted farm produce — lemons from Uganda, bananas from Kisii County and cabbages from Naivasha.

The vast majority of vulnerable workers in the informal economy are women, who also form a big chunk of the traders at the market.

More and more people have been losing their jobs since 2008 as a result of the financial and economic slowdown.

Many of them have to look for work in the informal economy, in which earnings are generally low, accident rates high and social security seldom offered.

For starters, traders in the chaotic market have a collective business turnover of between Sh100 million and Sh500 million in a day.

This is before deduction of operating costs, according to Cyrus Githaiga, the chair of Marikiti Market, in a past interview.

Catherine Wangui is among these traders shoving their way through the alleys to get their cargo offloaded in time before the city’s hungry masses awaken.

She sells avocado, which she sources from Meru, Murang’a, Kisii, Bomet and as far as neighbouring Tanzania. What she has on offer today is from Meru.

She won’t talk to me until she has set up her wares at her stand; every second counts.

“I have been here for almost 20 years now,” she says with a dainty smile.

I ask if business has been profitable and after she has quickly exchanged six succulent avocados with a few notes, she says: “If it wasn’t profitable, I would not be here.”

Twice a week (Mondays and Thursdays), she receives seven sacks of avocados.

The price of the popular fruit, Wangui says, has been as erratic as she can remember, but the profit margin has always been good.

For instance, compared to a few months ago, the price of a single fruit has doubled from Sh10 to Sh20.

Not far away from Wangui’s stand, Julius Kimani is surrounded by a heap of tomatoes.

By around 8am, activity has gone a notch lower, but you cannot idle on the alleys; the sweaty potters carrying elongated sacks of various farm produce could easily knock you down. 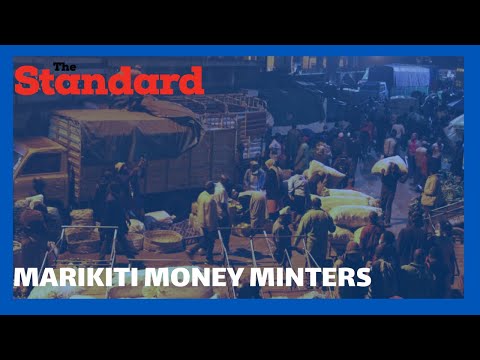 Kimani sources his tomatoes from Naivasha at Sh3,000 per crate. He then ferries them to Nairobi and sells the same at Sh8,000. Those that buy from him for resale will sell each box at Sh12,000.

Kimani brings in 45 crates of tomatoes three times a week. In essence, with each box attracting a profit of Sh5,000, he makes a gross profit of Sh675,000 weekly.

This explains why he guards his spot at the market jealously.

Stanley Mwangi, who sells leeks at Marikiti, received the news of the phased reopening of schools with great delight.

This is because leeks are used to make samosas alongside other delicacies popular with students.

There is also a high demand for the vegetable from hotels, selling a kilo at Sh80, making a Sh30 profit from the farmgate purchase price.

“The highest it gets to is Sh150 and the lowest it has ever been is Sh20,” says Mwangi.

“I, however, have to pay Sh50 (to the county council) for every bag per day. The potato sellers pay Sh90 per day,” he says.

And there is a common denominator among the three traders: they have all been at the market for decades, making it difficult for new entrants to find space.

Another trader who spoke in confidence said unless you are an insider here, you cannot trade.

They also intimated that the fees levied on traders are not challengeable and are default licences to operate here.

“There is a cabal of traders who ‘own’ the place and a syndicate that controls operations,” said the trader.

Beatrice Ochieng’ has been selling onions at the market since 1992.

From a pile of the vegetable strewn at her feet, she explains that some are from Tanzania and others from Oloitoktok.

“The Tanzanian onion has harder scaly leaves and takes longer to go bad,” she explains.

“Prices fluctuate; now we are selling it at Sh60 per kilo. Two months ago, it was trading at Sh150 a kilo.”

A farmer in Endarasha’s Gitegi village spends an agonising five months to get the crop ready, only to sell a kilo of it at Sh15 currently. When it gets to the market in Nairobi, a kilo sells at four times that.

Akinyi tells me that when the onion fetched Sh150 a kilo at Wakulima Market, farmers got a paltry Sh48 for it.

The Sh102 lost in between went to a host of middlemen, demonstrating how farmers get the shorter end of the stick in the food value chain.

The trick, therefore, is cutting out these middlemen, with some traders preferring to directly source their produce at the farmgate.

Others use brokers, while some try to get the best bargain once the produce reaches the market.

The latter group is usually the first to arrive when the market’s gates swing open at 5am.

This is where Miriam belongs. She buys carrots off the trucks and has to be here early enough from Kamiti on the outskirts of Nairobi, otherwise she will be left scrounging for scraps after all the best produce has been carted away by the early risers.

She buys four 90kg sacks every day, which she sells at Sh60 per kilo. Her profit margin after overheads, she says, is “comfortable.”

And as trading at the market closes shortly after midday, the traders leave with their pockets full and satisfied that their early morning forays have helped feed Nairobi for the day.