Goal takes a look at the biggest transfer news and rumours from the Premier League, La Liga, Serie A and around the world

Sebastian Kehl has extended his contract as the Head of the BVB Players Department until 2022! ✍️ pic.twitter.com/aHo24aAGxh

Real Madrid retain their interest in Paul Pogba, but Marca claims a move will only be made if Zinedine Zidane remains at Santiago Bernabeu.

The Blancos boss is a big fan of a fellow Frenchman and is prepared to offer him a way out of Old Trafford in a transfer window of 2021.

Kubo could return to Madrid in January

Japanese winger Takefusa Kubo could return to Real Madrid in January – according to Don Balon.

The 19-year-old joined Villarreal on a season-long loan in August, but has only seen 55 minutes of action at the start of the new La Liga season.

Madrid are unhappy with Kubo’s treatment at El Madrigal, and are already considering terminating the loan deal six months early.

Liverpool are not interested in signing Stoke City goalkeeper Jack Butland – according to The Mirror.

It has been suggested that the Reds are eager to bring the 27-year-old in as a back-up shot-stopper, with Alisson currently sidelined with a shoulder injury.

Adrian struggled to fill the Brazilian’s boots in a shocking 7-2 defeat to Aston Villa last seek, but Liverpool will stick with the Spaniard instead of trying to bring in Butland.

Milan are keeping tabs on Mykolenko with a view to launching a bid for his services next year, but Kiev will demand at least €12 million (£11m/$14m) for a prized asset.

Juve not planning to offer Cuadrado an extension

Juventus are not planning to offer Juan Cuadrado a contract extension – according to Calcio Mercato.

The Colombian full-back’s current deal expires in 2022, at which point he will be 34-years-old.

Juve see no reason to tie Cuadrado down to fresh terms, especially after an increase in competition for places following Federico Chiesa’s arrival from Fiorentina.

Barcelona are confident that Marc-Andre ter Stegen will sign a new contract – according to Marca.

The German’s €18 million (£16m/$21m)-per-year wage demands have held up negotiations, but the Blaugrana are hopeful a compromise can be reached.

Barca want Ter Stegen to remain at Camp Nou well beyond the expiration of his current contract in 2022.

Jerome Boateng is open to extending his stay at Bayern Munich, but won’t rule out a future move to MLS as he harbours ambitions to experience “another culture”.

Boateng has enjoyed success on both domestic and European fronts since moving to Allianz Arena from Manchester City in 2011.

The 32-year-old has picked up 20 major honours during his time at Bayern, including eight Bundesliga titles and two Champions League crowns, making 328 appearances for the club along the way.

Modric sets Real Madrid future target
Luka Modric accepts that he has reached a “certain age”, but the 35-year-old believes he still has plenty to offer at Real Madrid and would welcome the opportunity to extend his association with the club.

He has said: “Of course I’d like to stay at Real Madrid. However, I am aware that I am at a certain age and the club must do the best for everyone.”

Chelsea to loan out Gilmour

Chelsea will let Billy Gilmour leave on loan in the January transfer window, claims The Athletic.

The talented teenager needs regular game time in order to unlock his full potential, with the Blues prepared to let him go in search of those minutes elsewhere. 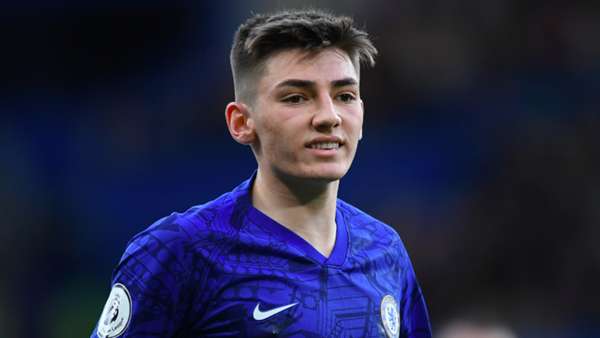 Utd & City to battle for Pochettino

City have seen Pep Guardiola enter the final year of his contract, while United are seeing further questions asked of Ole Gunnar Solskjaer’s ability to fill a demanding coaching post.

Inter are hoping to arrange a swap deal involving Matias Vecino and Torino centre-back Armando Izzo in January – according to Calcio Mercato.

The Nerazzurri are proposing that both players switch clubs on loan initially, before permanent transfer fees are discussed next summer.

Vecino only has two years left to run on his current contract at Inter, while Izzo is due to remain on Torino’s books until 2024.

Manchester United have identified Burnley centre-back James Tarkowski as a transfer target – according to The Athletic.

The Red Devils have come up with a three-man shortlist of defensive targets, which includes RB Leipzig’s Dayot Upamecano and Napoli star Kalidou Koulibaly.

Tarkowski is seen as a cheaper alternative option for United, but Burnley are likely to hold out for at least £50 million ($65m) for a prized asset.

Madrid open to Hazard sale in 2021

Real Madrid are open to selling Eden Hazard in 2021 – according to Don Balon.

Madrid will consider cutting their losses on Hazard if his struggles continue this season, with Paris Saint-Germain’s Kylian Mbappe already being lined up as a replacement.

Leicester have joined the race to sign Swansea defender Joe Rodon – as The Sun reports.

The Swans are willing to sanction the 22-year-old’s departure if their £20 million ($26m) asking price is met before the domestic transfer window closes on Friday.

Tottenham are also trying Rodon, but the Swans are set reject an opening bid of £7 million from the north Londoners.

Ronald Koeman has not given up hope of bringing Memphis Depay to Barcelona and has confirmed he also wanted to sign Georginio Wijnaldum in the summer transfer window.

Barca tried to lure Lyon star Depay to Camp Nou, but were unable to get a deal over the line before the transfer period came to an end on Monday.

Lyon sporting director Juninho confirmed last week that the Netherlands international had reached an agreement to join the Catalan outfit, but the two sides could not reach an agreement over a fee.

According to local reports, the 53-year-old mentor has resigned as head coach of Abafana Bes’thende.

The 26-year-old isn’t wanted in Naples with a move to the Premier League a likely option when the transfer window re-opens.

Brisbane Roar and Newcastle Jets are in a fight over the future of Australian attacker Joey Champness.

Jets initially released Champness last year to pursue a music career and believed he would play for them should he return to football.

But the Roar have tried to sign him this month and the attacker told the Sydney Morning Herald on Monday that the Jets failed to offer him a contract.

Cruzeiro have confirmed the departure of coach Ney Franco.

The Brazilian club are 19th in Serie B and had won just one of their last six matches.

Bournemouth are hoping Everton will make a late bid for Josh King after rejecting an offer from West Ham, reports The Sun.

The Cherries are willing to sell the striker, who is in the final year of his contract, but are unhappy with the Hammers after the club held talks with King without agreeing a fee.

West Ham’s bid was reportedly worth £13 million ($17m), with Bournemouth holding out for around £17 million ($22m) for the Norway international.

Newcastle are prepared to pay a portion of Christian Atsu’s wages in order to secure the player’s departure before Friday’s EFL transfer deadline, according to the Northern Echo.

Watford and Nottingham Forest are both interested in the 28-year-old but are unwilling to cover his entire salary.

Achraf Lazaar, Henri Saivet and Rolando Aarons have also been told they have no future at St James’ Park, with the Magpies actively looking to move them on before Friday’s deadline.

David Alaba has agreed a deal to join Juventus when his Bayern Munich contract expires next summer, according to Todofichajes.com.

The 28-year-old defender is keen to try another league having spent his entire career with the Bundesliga giants.

A host of clubs, including Manchester United, Manchester City and Paris Saint-Germain, have been linked with a move for the Austria defender, but it appears Juve have won the race for his signature.

Sporting CP want to raise about £23 million ($30m) by selling eight players, despite the transfer window being closed for most major leagues.

O Jogo reports that the Portuguese giants want to offload those players deemed surplus to requirements by new boss Ruben Amorim, who took over the club in March.

Juventus were in talks with Chelsea over a double deal for Emerson and Marcos Alonso but could not reach an agreement before last week’s transfer deadline, according to Calciomercato.

The Serie A champions have held a long-standing interest in Emerson but also made a late loan bid for Alonso as they sought back-up for Alex Sandro.

However, the Bianconeri could not reach an agreement with the Premier League club and the duo remained in west London.

The male infertility crisis. ‘When I see children playing, my heart breaks into tiny pieces’