Newszetu takes a look at the biggest transfer news and rumours from the Premier League, La Liga, Serie A and around the world

Getting word City Football Group has taken interest in D.C. United winger Kevin Paredes, 18, while clubs in France and Belgium are eyeing DCU central MF Moses Nyeman, who turns 18 in November. Both were in USMNT camp last week as unrostered players.

There’s nothing going on between Manchester United or Liverpool with Inter to sign Nicoló Barella. He’s not for sale this summer – Inter consider Barella ‘untouchable’ despite rumours. ??? #LFC #MUFC

The club have the same position also on Romelu Lukaku as of today. ?? #CFC

Calciomercato reports Napoli have rejected Everton’s bid for Kalidou Koulibaly, telling the Premier League club they must double their offer.

Arsenal midfielder Joe Willock is set for a season-long loan move to Newcastle, reports The Telegraph.

Chelsea are keeping track of Sevilla defender Jules Kounde, writes SPORT, after the player nixed any potential deal with Tottenham.

Kounde rejected the chance to join Spurs as he felt that without Champions League football, the club would be a lateral move at best.

He views the Blues differently and is said to be open to a move to Stamford Bridge.

Vines closing in on Antwerp move

The Colorado Rapids are nearing a deal to sell left-back Sam Vines to Royal Antwerp for up to $2 million with add-on incentives and a sell-on clause, reports The Athletic.

The 22-year-old has emerged with the U.S. men’s national team over the past couple of years and scored in the Gold Cup this past weekend.

West Brom have turned away a bid from West Ham for goalkeeper Sam Johnstone, reports The Athletic.

The offer is said to have been far lower than the club’s asking price of more than £10 million ($14m).

Chelsea have offered out-of-favour forward Tammy Abraham as a sweetener in a possible deal for Borussia Dortmund star Erling Haaland – but the German club have little interest, claims the Mirror.

Abraham, 23, barely featured under Thomas Tuchel last season. However, the Blues still value him at £50 million ($69m/€58m) and think he should be viewed as a serious asset by other clubs.

AC Milan technical director Paulo Maldini has confirmed Olivier Giroud will complete a move to the club on Thursday.

The Serie A side reached an agreement with Chelsea over a €2 million deal for the French striker last week.

The 34-year-old will travel to Milan to undergo a medical and will be confirmed as the San Siro side’s latest signing.

What has been said?

“Olivier is a champion and a fresh winner of the Champions League.

“He is a very reliable player, what we were looking for since we need experienced players like him. We are the youngest team in Serie A.”

The club’s summer investment in attack might not end with Giroud’s arrival.

Milan are looking to add a young striker to the squad before the transfer window ends, Rossoneri legend Maldini said.

“A young striker could also arrive,” he added.

“The idea is to lay the foundations for the team and then perhaps wait for the final phase of the transfer market.”

Franck Kessie’s future at Milan has been the subject of speculation, too.

The midfielder has been linked to city rivals Inter as well as Premier League sides Arsenal and Tottenham.

Kessie has entered the last year of his contract, but Maldini says the Rossoneri hope to keep him for years to come.

“He will be part of the future of Milan, we are working on his renewal,” he said.

The right-back has been targetted by Manchester United

Manchester United have already had a bid rejected, and at least two other rival clubs are said to be in the hunt.

Trippier provided an assist in the Euro 2020 final against Italy and was a standout performer for Atletico Madrid in a title-winning domestic campaign.

? Our young-full back has signed a new contract extension at Norwich City!

Manchester City are monitoring the status of Bayern Munich striker Robert Lewandowski amid concerns they may not be able to pry Harry Kane away from Tottenham, writes the Daily Mail.

Lewandowski, 32, is five years older than Kane and would be seen as more of a short-term solution for Pep Guardiola’s attack than the Spurs man.

Given his age and a contract with just two years remaining on it, the Poland star would also likely be significantly less expensive. 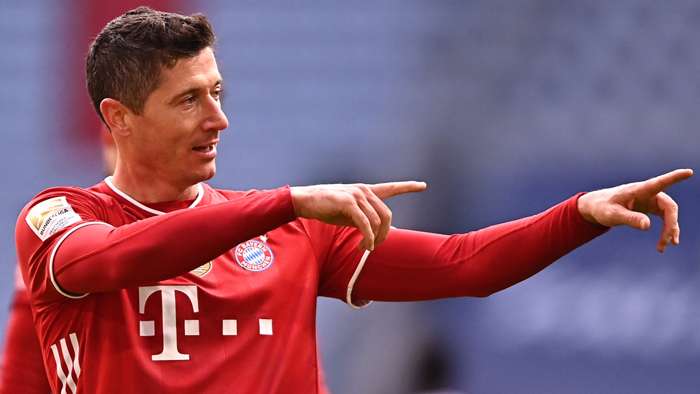 Bayern Munich coach Julian Nagelsmann says it is no surprise to see teams interested in Robert Lewandowski because of his excellent form in recent seasons.

Lewandowski, 32, finished last season with 48 goals in all competitions as Bayern secured another Bundesliga title.

The Poland star’s form has prompted rumours that he could be set for a move this summer and Nagelsmann says he has already discussed the issue with the striker.

What has been said?

“The rumours about Robert Lewandowski have been around for ages, I think since he joined Bayern Munich,” he said to Sky Germany.

“I think it’s normal for someone who scores so many goals that almost every club puts out a feeler.

“I think on one hand Robert knows what he has in Munich, what he has in this team. I’ve spoken to him and texted him. I’m not very fond of the first official act with a player being to immediately discuss his contractual situation.”

What has Lewandowski said?

Lewandowski said in May that he is “open-minded” about a summer move.

The former Borussia Dortmund star added: “I am always curious to learn a new language, a new culture. But whether it will be in football or after my career, even I don’t know.”

Real Madrid are the team most frequently linked to the attacker.

Reports this week stated that he is eager to make the switch to the Spanish giants this summer.

But teams in England and Italy are also said to be interested in signing Lewandowski.