Prof Magoha, who was in the county to follow up on the government’s initiative to achieve 100 per cent transition to secondary education, was angered by Mr Lekakeny’s failure to tour the region that is lagging behind at 80 per cent.

The Education CS also visited two houses in Kaprogonya and Kapkut village in Kabarnet where he picked some four students and supervised their enrollment into Kituro High School.

He was joined by his Labour counterpart Simon Chelugui.

They then proceeded to Baringo South for ground breaking of Salabani Primary School where learning was disrupted after classrooms were destroyed by floods in the area.

On July 22, 2021, during a public event, Magoha castigated Ministry of Education officials after they failed to show a documentary detailing the success of Elimu Scholarship which targets Kenya Certificate for Primary Education (KCPE) candidates from Arid and Semi-Arid Land (ASAL) and marginalised areas. 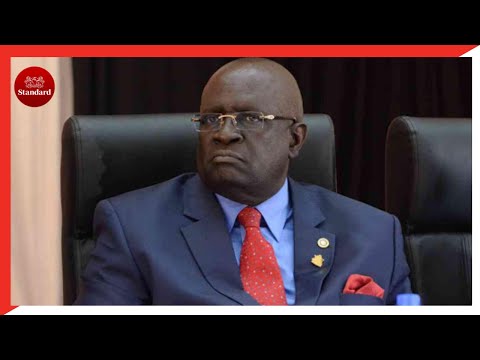 ‘Where is the money coming from?’ – More questions than answers surround the Africa Super League