Dealing with a mental health issue is hard as hell, but you don’t have to do it alone and you can manage it. Just ask Ray Romano.

In a poignant video, the actor offered sage wisdom on living with depression based on his own experience. The guidance was meant for his younger self, but the message is certainly applicable for everyone.

Romano’s video is part of the Child Mind Institute’s #MyYoungerSelf campaign, which was created to celebrate Mental Health Awareness Month in May. The project, which began in 2016, features celebrities’ mental health advice to their younger selves. In addition to Romano, this year’s campaign will also feature “Queer Eye” star Antoni Porowski, actress Gillian Anderson, NBA player Kevin Love and more throughout the month. 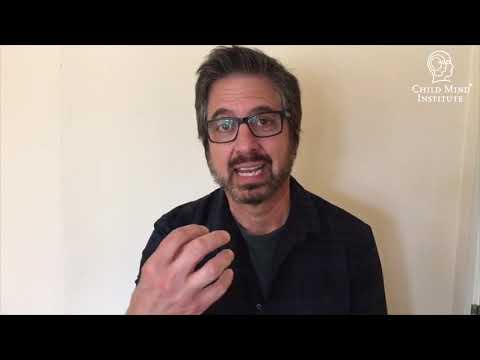 In another video for the campaign, actress Busy Philipps talked about what it was like growing up with an anxiety disorder.

“I used to lie awake in bed at night and I would have spinning thoughts and it would be really hard for me to get to sleep,” she said. “I would be so scared that I wouldn’t even go to my parents’ room. I didn’t want to tell them what was happening because I thought that there was something wrong with me.”

Philipps said opening up about what she was experiencing made a world of difference in her life.

“Once I was able to start talking about it, it relieved a lot of the anxiety. I was able to get help ― therapy and sometimes medication, which there’s nothing wrong with that either,” she said. “So I would like to tell my younger self not to be embarrassed or ashamed … Once you have the realization that what you’re going through is something a lot of people struggle with, it feels kind of incredible to know that you’re not alone.” 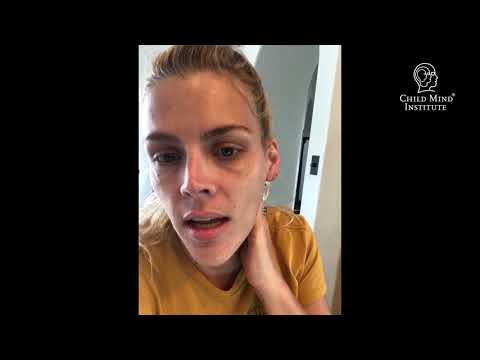 The annual initiative also previously featured videos from other prominent Hollywood stars like Mark Ruffalo, Kristen Bell and Emma Stone. Each of them discussed their personal experience with mental health and offered wisdom in hopes that it helps other young people dealing with the same issues.

In one encouraging confessional recorded last year, actress Gabrielle Union talked about her experience with post-traumatic stress disorder and how reaching out for support is necessary.

“Asking for help or needing help doesn’t make you weak or less worthy of love or support or success … There are so many of us out there who are dealing with exactly what you’re dealing with,” she said.

An estimated 1 in 5 people experience a mental health issue in a given year. Reports also show that the percentage of young adults experiencing certain types of mental health conditions has increased significantly over the past decade.

That’s why raw conversations about mental health ― which include shattering stigma around having a disorder and information on where to find resources ― are so important. Experts say public figures like Romano, Bell and others are vital in that effort. They give a large platform to mental health issues and show fans that it’s OK to go through the same thing.

“These celebrities are influencers in the best sense of the word. By sharing their personal struggles and demonstrating that young people can overcome challenges that sometime seem overwhelming, they are sending a powerful message of hope and resilience,” Harold S. Koplewicz, founding president and medical director of the Child Mind Institute, said in a statement.

Head over to the Child Mind Institute to see more celebrities’ videos where they discuss their mental health. They’re the perfect reminder that mental illness can affect anyone ― and it’s possible to live well in spite of it.

If you or someone you know needs help, call 1-800-273-8255 for the National Suicide Prevention Lifeline. You can also text HOME to 741-741 for free, 24-hour support from the Crisis Text Line. Outside of the U.S., please visit the International Association for Suicide Prevention for a database of resources.