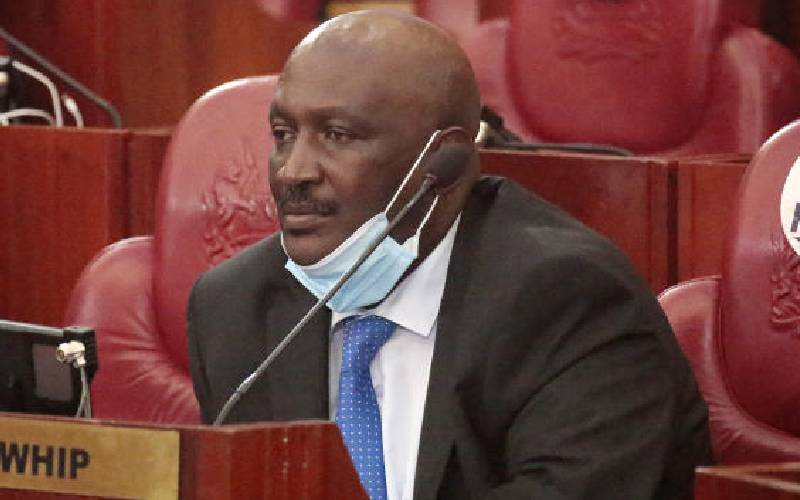 Inspector General of Police Hilary Mutyambai (pictured) has denied claims they are biased in allowing public gatherings following a directive by the Cabinet and the National Security Advisory Committee (NSAC).

Mutyambai said police authorize gatherings after ascertaining the risk of violence or attack on a particular group.

“Should we establish any possible risk, then authorization is declined for the safety of the public and the properties around the said area. There are groups that have not attracted any form of violence while others have attracted violence, hence varied authorizations,” he said.

He was responding on Monday to questions on Twitter during his engagement with the IG session.

The concerns came from Kenyans on Twitter who wanted to know why police had canceled some of the meetings planned by supporters of Deputy President William Ruto.

This prompted the IG to state he had taken note of complaints of claims of selective application of enforcement of the law on public gatherings.

He said police will continue to act fairly and without favour to ensure Kenyans and their property are safe.

Police were directed to enforce the law to ensure political chaos are contained in the country.

Part of the directives requires that a convenor or anyone intending to hold a public meeting or public procession must notify the Officer Commanding Station (OCS) of such intent at least three days but not more than 14 days before the proposed date of the public meeting or procession.

NSAC had announced the directives before the Cabinet ratified them. This was, according to the officials, aimed at mobilizing the preservation of public order and security in the conduct of public gatherings and processions, media reporting and responsible conduct of persons using social media.

The government argued some politicians are increasingly poisoning and polarizing some Kenyans as they campaign. The Cabinet unanimously endorsed and ratified the prescriptions and directives issued by the NSAC as National Security Advisory whose effect commenced immediately.

Since then, a number of meetings that were planned by Ruto’s allies have been cancelled by authorities because they apparently did not meet the required rules. They include one in Nyamira, Mumias and Msambweni.

There have been condemnations against the implementation of the rules.

“Cabinet also noted that at a pivotal moment in Kenya’s recent history, and as our Nation is charting the course into its post-Covid future, no person would be allowed to hamper Kenya’s progress, unity and the equal enjoyment of fundamental rights and freedoms by all persons,” read part of a dispatch from State House on Thursday.
The Cabinet approved the establishment and immediate operationalization of a Multi –Agency Team on Public Order consisting of representatives from the ministry of interior and national government, Attorney General, Ministry of ICT, National Intelligence Services, National Police Service, National Cohesion and Integration Commission, ICT Authority and Communication Authority.
The ministry of interior will be the convenor while the secretariat will be the NSAC, the Cabinet directed.

The team’s terms of reference will be to monitor, document and enforce compliance with the prescriptions and directives with respect to the conduct of all public meetings and processions, the permitted processes for media broadcasting, publishing and reporting and the responsible conduct of persons using social media.

LeBron: In ‘one of the best zones offensively’

Tom Brady says his thoughts are on Tampa Bay Buccaneers’ playoff exit, not own future