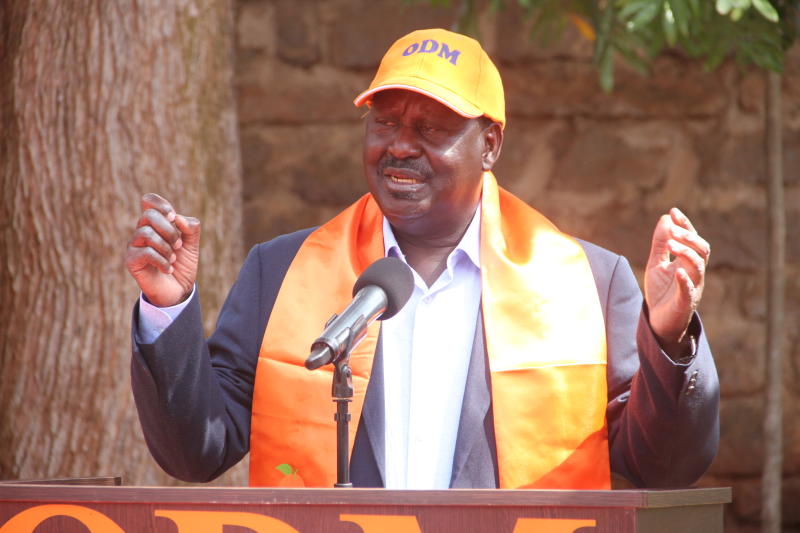 Orange Democratic Movement leader Raila Odinga (pictured) has criticised the ‘hustler movement’ and the donations of wheelbarrows to the youth by Deputy President William Ruto.

“You give out wheelbarrows to the youth yet you have not shown them where to go and build… What will he do with the wheelbarrows? And you call yourself a hustler, we know hustlers, we know the country’s liberators,” he said, adding that they participated in the second liberation.

He claimed despite the ups and down, the journey to liberate Kenya was still on and that youth should not be swayed by pretenders masquerading as the true liberators.

The DP who has faced continued attacks against him and his style of politics, has occasionally said his hustler movement was unstoppable and that he would continue to engage the ordinary folk.

“Yes. It is time for change, time to talk and walk the hustler narrative. Not about sharing power but empowerment. Not about positions but jobs for our people, not about leaders but ordinary citizens. This wheelbarrow conversation will continue,” Ruto said.

Raila spoke during his visit to Kitengela in Kajiado County, where he addressed ODM women delegates on equality.

The former PM criticised the discrimination against women as a result of the society being rooted in some traditions that need to be changed. He called for respect of all women in the country.

While drumming up support for the Building Bridges Initiative (BBI), Raila said it was a solution to equality, corruption, poverty and fair elections ahead of the 2022 elections.

“Corruption must end, those who continue to misuse public funds we know them,” he said, cautioning places of worship against money laundering.

On donations, Ruto has maintained he will not stop supporting religious organisations and youth empowerment activities, despite criticism on his philanthropies.

Ruto says those opposed to what he was doing in churches, with Muslims, youth and women empowerment programmes ‘to simply look for something else to do for themselves’.