Here’s the first national TV appearance by “Weird Al” Yankovic. And yeah, it was weird.

“Weird Al” Yankovic posted a throwback video on Twitter this week to mark 40 years since his first appearance on national TV.

Yankovic performed “Another One Rides The Bus,” a parody of Queen’s “Another One Bites The Dust,” on Tom Snyder’s “The Tomorrow Show” in 1981. He was joined for the performance by Jon “Bermuda” Schwartz, who’s been his drummer ever since (even though he didn’t exactly have drums with him at the time):

Tonight marks the 40th anniversary of my first-ever national TV appearance. Thanks to the late great Tom Snyder, and to @TheGreatBermuda, who is still banging on my accordion case to this day. https://t.co/MZlEGhuFax

Yankovic, of course, would become the world’s best-known song parodist, with a career that’s outlasted many of the performers he parodied. He’s won five Grammy Awards in the process and recorded enough original material to do a 2018 tour showcasing his own music.

But in many ways, this was the moment that introduced Yankovic to a national audience: 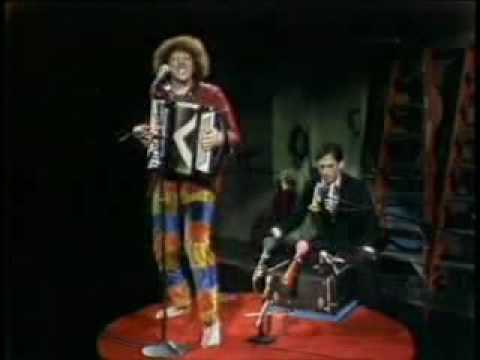