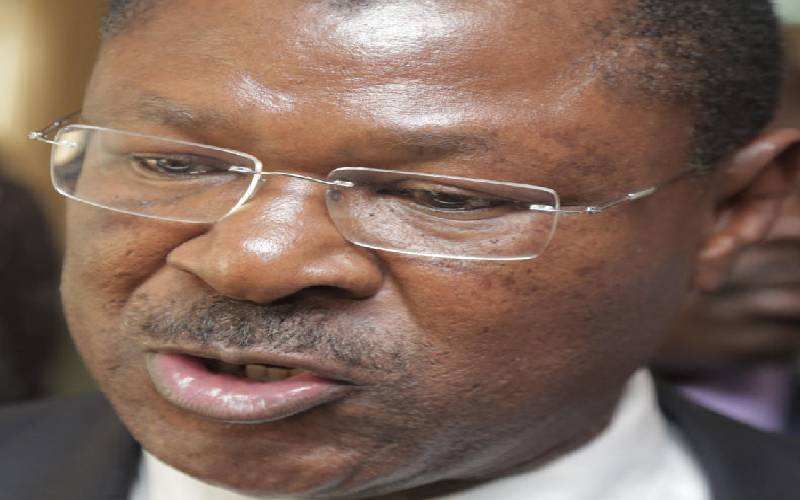 Ford Kenya leader and Bungoma Senator Moses Wetangula has been kicked out as the party’s leader.
The decision was arrived at after the party’s special National Executivetive Council (NEC) meeting on Sunday, May 31.

The party’s NEC has accused Wetangula of gross misconduct and failing to champion unity in the party.

Wetangula has been replaced by Kanduyi MP Wafula Wamunyinyi as interim party leader.

Also thrown out during the changes is party Organising Secretary Chris Mandu saw allies of Wetangula storm the venue.

Earlier, Kwanza MP Ferdinand Wanyonyi, Wetangula’s ally, was thrown out of the meeting after he arrived at the venue with a group of youths and accused Wangamati of plotting to remove Wetangula as the party leader.

Not long after he arrived, he was accompanied out of the venue by several men but continued his protest from outside the building.

The youth also accused Wangamati of engaging in corruption as police tried to calm them down when they started banging on the hotel gates.