Two politicians who were allegedly involved the disappearance and murder of Dutch tycoon Tob Cohen could feature in an inquest into the death of the businessman, it has emerged.

Correspondence between Mr Cohen’s widow Sarah Wairimu and Director of Public Prosecution Noordin Haji details allegations of an elaborate police cover-up to protect the alleged killers, who are said to have been powerful and influential figures in the Jubilee administration.

Though she has not named the politicians, Ms Wairimu describes them as “well-known and closely associated with the former government”. She alleges that they wanted to take over her husband’s property and disinherit her.

In the fresh turn of events that has deepened the mystery around the businessman’s death and discovery of the body in his home compound, Ms Wairimu also accuses former director of the Directorate of Criminal Investigations (DCI) George Kinoti of possible cover-up of the killers and fabrication of evidence against her.

In one of her multiple letters to Mr Haji prior to the chief prosecutor’s decision to drop murder charges against her, the widow says her arraignment on August 28, 2019, and anticipated trial, which never took off, was based on falsehoods. She says she was fixed and wants fresh probes into her husband’s disappearance and murder, and that among those who should be grilled are the politicians and Mr Kinoti.

“We have requested that the said politicians also be subjected to investigations on their roles in the disappearance and death of Tob Cohen and their persistent role in attempting to disinherit our client,” her lawyer, Phillip Murgor, says in a letter dated October 13, 2022.

Mr Murgor, himself a former chief public prosecutor, states that Mr Kinoti “not only fabricated evidence against Ms Wairimu and others but also went as far as demanding the arrest and charge of the undersigned on the trumped up charges, to cripple her defence”. 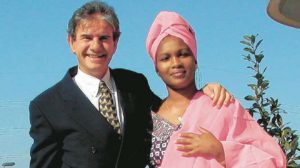 In asking for fresh investigations, the lawyer places his request in the recent changes in the leadership of the National Police Service. “We note that there have since been significant changes in the National Police Service, specifically the retirement of the then-Inspector-General of Police Hillary Mutyambai and ‘resignation’ of Mr Kinoti as DCI,” he says.

“This represents a belated but welcome opportunity for justice to be done at last to matters relating to the tragic murder of Cohen. Indeed, any fresh investigations conducted will not be hampered by the biased and conflicted positions taken by Mr Kinoti and the vested interests of third parties,” says Mr Murgor.

He also wants investigations to include the role played by Mr Kinoti during the investigations of the alleged murder, “including possible cover-up of the real perpetrators”.

“This way, the real perpetrators of the heinous crime shall be brought to book,” says Mr Murgor, asking for withdrawal of the charges and setting up of a judicial inquest.

The DPP last week asked the court to allow his decision to withdraw the charges and register the case as an inquest. Ms Wairimu had been charged alongside businessman Peter Karanja. It was alleged that on the night of July 19-20, 2019, within Nairobi, they, jointly with others not before court, murdered Tob Chichou Cohen. His remains were found inside an underground water tank at his home in Lower Kabete.

“The DPP has directed that this matter be handled via inquest to be filed in the Chief Magistrate’s Court, Milimani, Nairobi. This will enable the contradictions that have affected the proceedings of this matter to be heard in detail by all parties,” said Prosecutor Wangui Gichuhi, stating that the judicial inquest will “provide an opportunity for parties to present any information that had not been explored substantially before the court”.

However, Cohen’s family is opposed to the intended withdrawal on the grounds that the DPP failed to involve them in making the decision. The family says the withdrawal is based on bad faith and ill intention as it denies DPP’s argument that there is insufficient evidence to sustain or secure a conviction. “The victims have not been heard and the DPP denied them an opportunity to put their response to the intention to withdraw the charges. The DPP did not involve or inform the victim’s family of his decision,” says the family’s lawyer Danstan Omari.

In ordering a public inquest, the DPP says there are inconsistencies by the investigators and that an inquest will allow members of the public to provide any useful information on the murder to the authorities, as is required by law. Mr Haji says the alleged forgery of the transfer of shares belonging to Cohen relating to Tobs Limited has not been exhausted by investigators.

Another reason the DPP wants Ms Wairimu and Mr Karanja set free and the matter referred to inquest is the failure by the investigating team to cover 35 areas he had directed them to address.

Statements recorded by the police indicated that several plainclothes police officers visited the late tycoon’s compound, but their identities and purpose have never been disclosed.

The DPP adds that document examiners, who authored reports on the final will of Cohen and the forgery allegations of the transfer of shares, gave conflicting reports and findings. He says they need to record statements and unveil their respective reports explaining the disparities.

Another basis for the decision is the withdrawal of an affidavit by John Gachomo of DCI headquarters recanting his evidence against a judge who had been implicated in the case. The move raised questions on the integrity of the investigations.

“Telephone data of all the Police officers and any other persons of interest who may have come into contact with the alleged suspect at the time remains incomplete, yet such evidence may shed light on the planning and execution of the murder,” states the DPP, through his assistant, Jacinta Nyamosi.

How To Understand What Prenatal Genetic Test Results Actually Mean

How To Take The Ultimate iPhone Night Photos, According To Photographers

Kindiki: Show us evidence we wanted to arrest Matiang’i