If you drain your pasta water through a colander and down the sink, you’re throwing away an invaluable asset that cooks call “liquid gold.”

(The term “liquid gold” has also been used to refer to wood cleaner, hair products and of course, urine. For the love of God, please don’t confuse pasta water with any of these.)

Because pasta is made of flour, it releases starch into the cooking water as it boils, creating a white, cloudy liquid that we often deem “dirty” and then dump down the sink.

Why would you want to keep that cloudy liquid, you may ask? Because it’ll help emulsify and thicken your sauce. Now you’re probably wondering, “But why would I want to emulsify my sauce? Who even cares?”

Emulsification makes a difference you can taste.

All too often, a plate of spaghetti is encircled by a watery, red puddle. You know what we’re talking about. It pools around the edge of your plate and ruins a gorgeous plate of pasta. That puddle results when the water and oil in your pasta and sauce separate from each other.

Here’s where emulsification comes in.

Emulsification is the process of blending two liquids that would otherwise repel each other ― in the case of pasta, it’s oil and water ― into a smooth, inseparable mixture. The starch in your pasta water, as luck would have it, is an emulsifying agent and also a thickener. So if you save some of your pasta water and then slowly mix a ladlefull of it into sauce, you’re binding together the liquids and oils, creating something creamy and thick that won’t ever separate into a puddly mess.

There’s another benefit of using pasta water: By not rinsing your pasta, you’re keeping a nice coating of starch that’ll bind the pasta itself to the sauce, creating yet even more harmony on your plate. (Some people also claim pasta water makes your dish more flavorful, but that’s for super refined palates.)

If you cook alternative pastas made with lentils, black beans, brown rice or just about anything else, those are all wonderfully starchy as well, and that water also can be used as liquid gold.

Serious Eats was skeptical about whether laypeople could tell the difference between a regular sauce and a sauce that’s been emulsified with pasta water, so the website conducted a taste test that compared three different preparations of pasta. The one that used pasta water in its sauce won by a landslide.

Pasta water works its magic in just about every kind of sauce, not just tomato. It can make an Alfredo sauce less greasy, and it can give a silky texture to a pesto.

Here’s how to save your pasta water.

Choose one of the following methods:

Now watch the masters use pasta water in their sauces.

Mixing pasta water into your sauce takes a little bit of finesse. But this is certainly nothing new, as pasta makers have been doing it for ages. So let’s watch a few of the best make some incredible sauces.

First is Frankie Celenza, one of our favorite modern-day pasta makers and YouTubers. He’s been preaching the benefits of saucing with pasta water since he first showed his enthusiastic face on our screens. Watch him work his magic with pasta water in three specific applications below, and then fall down the rabbit hole of his YouTube feed, because his videos are enchanting.

Here, Celenza saves a sweet onion and tomato sauce with the help of some pasta water: 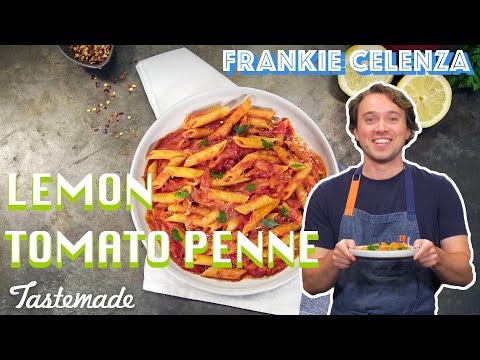 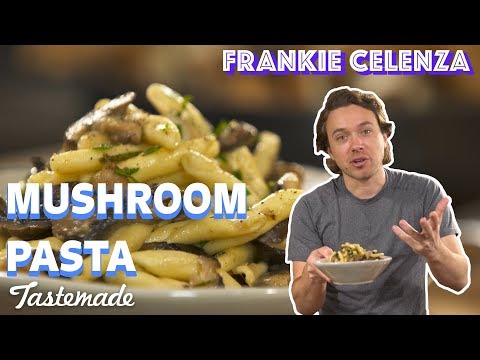 And here, he uses reserved pasta water to bring life back to some pesto pasta: 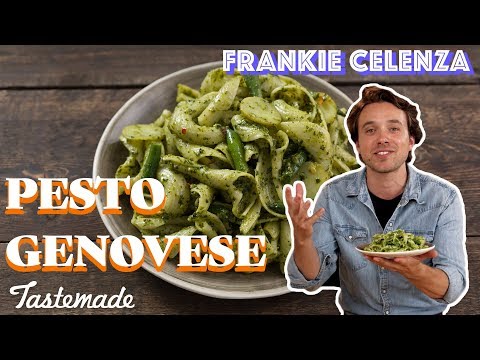 Chowhound also has a good video that explains the right way to sauce your pasta with pasta water: 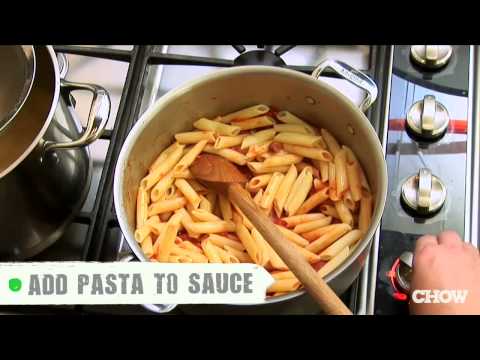 And if you needed more mainstream reassurance for why you should use pasta water, listen to Jamie Oliver (try to ignore his problematic hair): 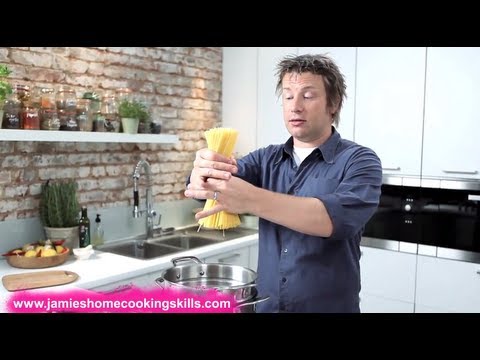 Now, prepare to fight the reflex to dump out your pasta water next time you cook. You’ll kick yourself as you watch that precious liquid gold circle the drain.