President-elect William Ruto is already acting presidential. The spate of meetings he has hosted since he was declared winner of the presidential election on Monday are designed to project the picture of a man in control, confident in himself and not bothered at all by his main rival Raila Odinga disputing the results pronounced by electoral commission chairman Wafula Chebukati.

When he hosted Kenya Kwanza elected leaders yesterday at his official residence in Karen, he did not once in his address refer to the impending Supreme Court petition that Mr Odinga is expected to file challenging the presidential election results. His brief to the media also steered clear of the matter.

Instead, Dr Ruto dwelt on some of the immediate matters on his in-tray once he shifts his residential address from Karen Road to State House Road.

The key highlights were a proposal to have Cabinet Secretaries available to make statements and answer questions in Parliament.

He suggested that will be done through amendments to the House Standing Orders, but that is a proposal that could raise some legal headwinds as Cabinet Secretaries under the 2010 Constitution are no longer members of the Legislative arm of government and would be deemed ‘strangers’ in both the National Assembly and the Senate. 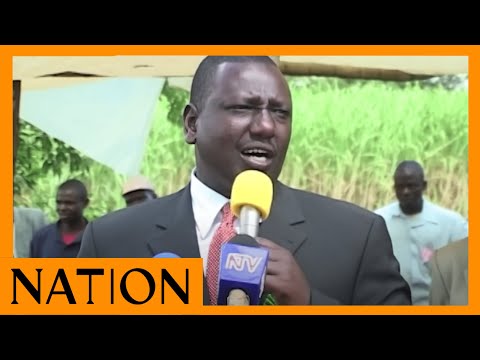 Ironically, the ill-fated Building Bridges Initiative constitutional proposals pushed by President Kenyatta and Mr Odinga that Dr Ruto so vehemently opposed had made specific provisions by which Cabinet Secretaries could be drawn from Parliament as under old Constitution, and when from outside be given status of ex-officio members.

Another area stressed by Dr Ruto yesterday was that public servants under his regime would be strictly barred from political participation.

He impressed on his troops that even activities and functions of the ‘ruling’ Kenya Kwanza Alliance would be handled and managed by party officials and structures with no expectation of assistance from government administration.

In what could be a hangover from the pre-2010 dispensation, Dr Ruto referred to the ‘provincial administration’ as one organ that will be kept out of politics, a term that went into disuse on adoption of the current Constitution which did away with the old eight provinces as administrative regions and devolved power to the 47 counties.

However the old regions are still widely referred to, and indeed the government retained a semblance of the old provincial administration with retention of regional and county commissioners to perform the functions of the previous provincial and district commissioners, and district officers.

It is more likely that Dr Ruto was making indirect reference to accusations he levelled throughout the campaigns to the effect that President Uhuru Kenyatta was using government administrative officers from regional commissioners down to chiefs at the grassroots level to campaign for Mr Odinga.

His pledge that government officers under his presidency will not be used for political missions restates the constitutional and legal provisions, including the Public Officer Code of Ethics. But it could also be a warning shot that time was up for a vast array of serving officers across the administrative, security, criminal justice and even taxation regimes he routinely accused of targeting him. Although he is promising not to seek vengeance and assuring public officers that their jobs are safe, there can be no doubt that there will be individuals he will want out of the way, and also strategic offices he will want under control of his own trusted people. 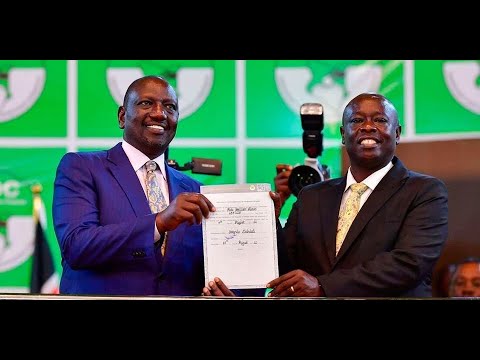 As Dr Ruto moves to craft government in his own way, as any new president does, there will be many public officers who will be nervously looking over their shoulders, or wising up the situation and planning their exits.

The president-elect has often recounted how he grew into politics under the guidance of President Moi. That was under the authoritarian one-party regime, but there has been a sea-change since.

However, there may well have been lessons learnt that could still apply today. When he was re-elected at the first multi-party elections in 1992, one of President Moi’s first actions was to secure control of Parliament by poaching opposition members.

An element of such tactics may have been witnessed at the Karen Road gathering yesterday when Dr Ruto paraded eight of the 10 members elected to the National Assembly as independents, and one or two others on unaffiliated parties, he proudly announced had joined the Kenya Kwanza brigade.

Majority in Parliament is key to ensuring election of loyal Speakers, leadership of key committees and ultimately control of House business, without which a president would be severely handicapped in pushing through his agenda.

Like President Moi before him, and also President Kibaki and President Kenyatta, there can be no doubt that President-elect Ruto, if confirmed, will move aggressively and spare no effort or resources in wooing parliamentarians from opposition ranks, even beyond the independents.

For the time being, his main aim is to demonstrate that there is a new sheriff in town all set to assume office, who will not be distracted by threats of a Supreme Court petition or any other sideshows.

He is helped in this in the fact that despite his own constant accusations on the campaign hustings that President Kenyatta wants to hold on to power, transitional arrangements under Secretary to the Cabinet Joseph Kinyua seems to be proceedings apace towards his assumption of office with a swearing-in on August 30. That date could, however, be cancelled if Mr Odinga or any other persons aggrieved by the presidential election moves to the apex court.