Hong Kong (CNN)Chinese President Xi Jinping warned adversaries on Sunday that any attempt to split China will “end in crushed bodies and shattered bones” according to state-media, as anti-government protesters in Hong Kong returned to the streets for a 19th consecutive weekend.

Though Xi didn’t explicitly name Hong Kong in his comments, his references to “separatists” and “external forces” echoed previous language used by Beijing when talking about protests in the semi-autonomous Chinese city.
“Anyone attempting separatist activities in any part of China will be crushed and any external force backing such attempts will be deemed by the Chinese people as pipe-dreaming,” said Xi during a state visit to Nepal, according to state news agency Xinhua.
The comments differed slightly to those aired by CCTV, with no mention of crushed bodies or shattered bones.
Demonstrations in Hong Kong continued Sunday, but were smaller than in previous weeks and appeared to portend a shift to more guerrilla-style tactics.
Groups of protesters engaged in flash-mob style demonstrations across the city, embracing the phrase “blossom everywhere” on social media.
Though the majority of protests are still peaceful, the number of violent incidents has risen as the unrest has dragged on.
During a press conference Monday, a police spokesperson said that officers had uncovered an improvised explosive device on Sunday night on Nathan Road, one of the city’s busiest thoroughfares.
“The tactic used in such kind of bomb and the explosives involved in it are almost identical to those used in different terrorist attacks around the world,” said Suryanto Chin Chiu, the superintendent of the Hong Kong Police Explosive Ordnance Disposal Bureau.
Suryanto said the device, which was hidden meters from a police car in a planter and controlled by a mobile phone, appeared to be homemade but required a significant amount of time and expertise to put together. No one was reported injured.
Violence in Hong Kong has become more acute since the city’s leader, Carrie Lam, used colonial-era emergency powers to ban citizens from wearing masks at public gatherings earlier this month. On Sunday, protesters dressed in black vandalized and set fire to government facilities, subway stations and shops deemed to be pro-China.
Several incidents were caught on video, including one showing what appears to be a protester stabbing an officer in the neck with what police called a “sharp-edged object.” A group of protesters was also filmed attacking a lone officer in riot gear, with one delivering a jump kick to the neck.

’50 years ago it was Berlin, today it’s Hong Kong’

Beijing has been particularly critical of Washington’s support for the Hong Kong protesters in recent months, with authorities accusing the US of helping to organize demonstrations, claims the US State Department has called “ridiculous.”
Beijing has also used its economic power to punish businesses and entities that don’t toe the line. Recently the NBA’s 30-plus year, multibillion-dollar relationship with Beijing was jeopardized by a single tweet from an NBA executive in support of the Hong Kong protesters.
The US House of Representatives is considering legislation that could tie the city’s response to the protests to its special trading status with the US.
Two prominent US lawmakers — Senators Ted Cruz and Josh Hawley — were in Hong Kong as protests continued throughout the weekend to voice their support for the movement.
Hawley likened the incident to the fight against Communism in East Germany during the Cold War.
“Sometimes, the fate of one city defines the challenge of a whole generation. Fifty years ago it was Berlin, today it’s Hong Kong,” he said in a video filmed in front of Hong Kong’s Legislative Council. “The eyes of the world are on Hong Kong, and free people everywhere are standing with you.” 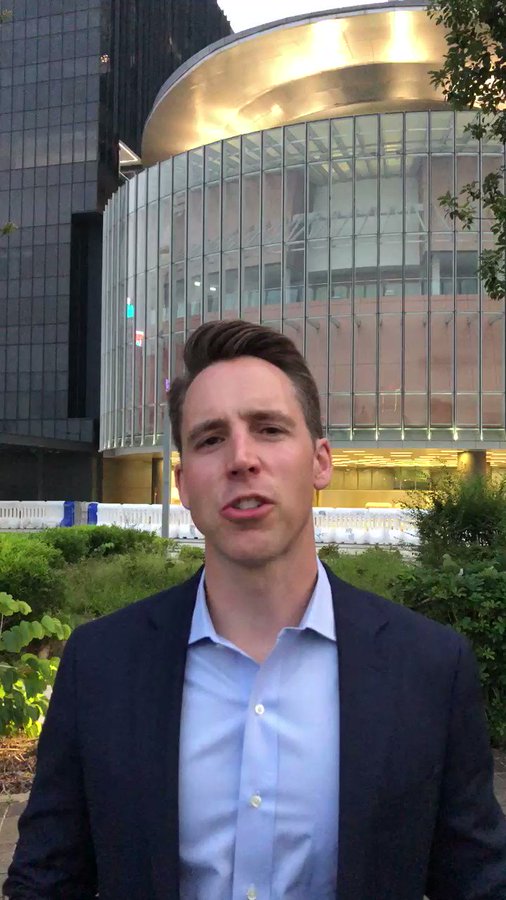 10.3K people are talking about this
Speaking to a small group of journalists Sunday, Cruz said he believes Xi is “terrified” of the pro-democracy protests in Hong Kong because they pose an existential threat to the Communist Party.
Beijing accused him of “maliciously” defaming Hong Kong and Chinese authorities.
“The Chinese people, including Hong Kong compatriots, resolutely oppose liars like Cruz who came to Hong Kong to stir the pot,” China’s Ministry of Foreign Affairs said in a statement.
Hong Kong’s protest movement began due to widespread concern over a proposed bill that would have legalized the extradition of suspects from Hong Kong who were accused of crimes in mainland China.
Nepal and China appear to be working on a similar agreement, which activists say could affect thousands of Tibetan refugees who are believed to have fled China’s Communist rule and are now living in Nepal.
A joint statement from Nepal and China, published Sunday by Nepal’s Ministry of Foreign Affairs, said the two countries signed an agreement on mutual legal assistance and criminal matters and “expressed hope for an early conclusion of the Treaty on Extradition.”
Tibetan independence advocates fear the treaty could expose refugees to potential arrest and extradition to China.
“The Chinese government systematically violates basic human rights, including the right to a fair trial, so any extradition treaty with China is highly problematic,” said Matteo Mecacci, the president of the International Campaign for Tibet.