Explore Samurai culture, learn about Sake and the magnificent shrines

The often-overlooked Fukushima and Yamagata prefectures are located in the Tōhoku region of Japan and are both rich in culture and landscape.

The joys of Fukushima are still obscured behind a cloud of a nuclear accident following the 2011 great east Japan earthquake. That’s a shame because Japan’s third-largest prefecture offers incredible natural beauty, warm hospitality, and fascinating historical sights a decade later.

Yamagata is more pleasantly famed as being Japan’s largest producer of cherries and pears. It is also known for its gorgeous spring cherry blossoms, the Kajo Park containing the remains of Yamagata Castle and its natural beauty.

Getting there from Tokyo is easy as it is just an 80-minute train ride on the Tohoku Shinkansen to Southern Fukushima. From there, you can pick up a rental car and meander through the mountains of the Aizu region, making your way through Fukushima and Yamagata stopping off at these historical destinations.

Check them out here. 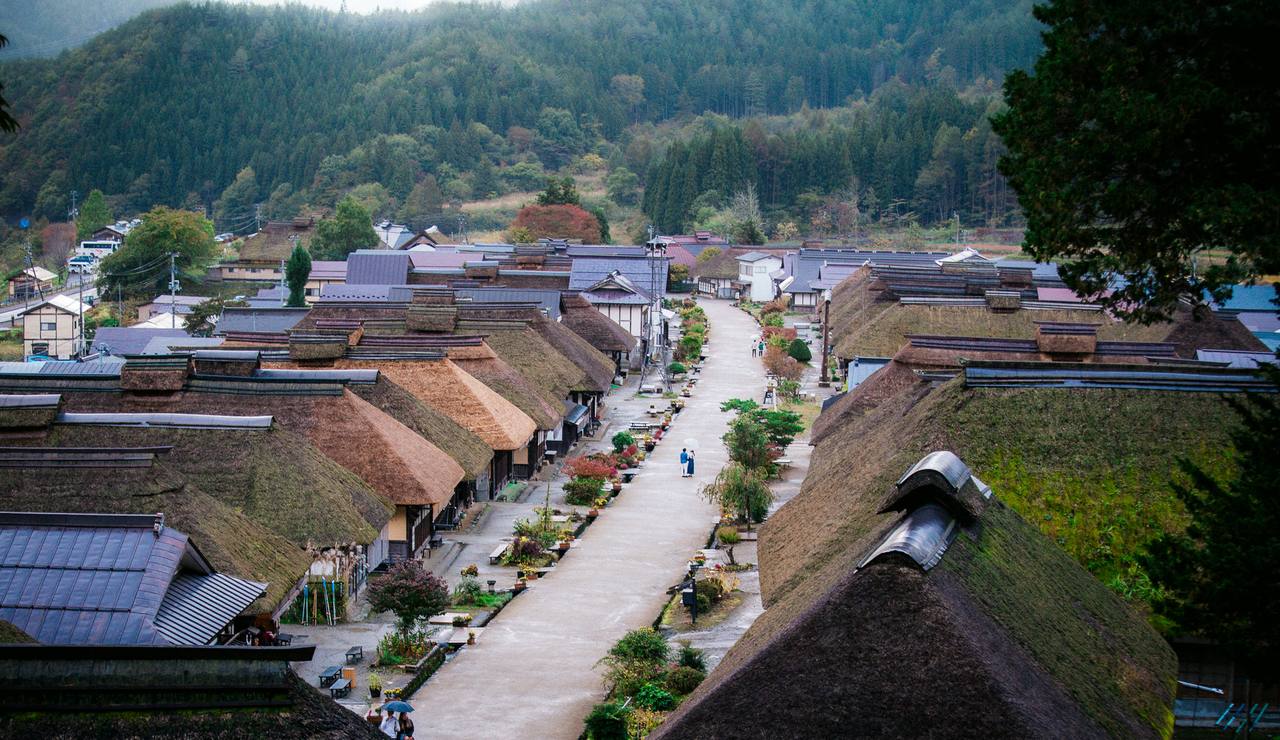 Okawaso is a luxurious onsen resort hotel nestled in the lush hot spring valley of Aizu along the beautiful valley of Okawa River. The majestic lobby has wooden tables, lattices, balconies, stairs and running water-centred around an intimate square stage. Service by the kimono-clad female attendants, called nakai-san, is attentive.

One of the highlights is a daily live performance on the shamisen (a Japanese three-stringed instrument).

If you join the special tour, you will have a chance to watch a live samurai sword performance of “Kengishu Kamui” set in front of a landscaped private garden. The spectacular show is an entertaining display of both traditional kenjutsu swordsmanship and samurai values.

Kojima Sohonten sake brewery in Yonezawa has been brewing Toko sake rice wine has been since 1597 by the same family. The current chairman, Kojima Yazaemon, is the 23rd descendant of the brewery’s founder.

From 1603 until the end of the Edo period, Kojima Sakaya was the chief brewer of sake for the ruling samurai Uesugi clan. They must have been pleased with the sake.

The Toko Sake Museum was opened in 1984 and housed in a restored Meiji-period kura brewery. It contains giant wooden fermentation vats, a large cedar tank used to steam the rice, reconstructed chambers and historical artefacts such as a 400-year-old Bizen pottery vessel used for sake brewing. And, of course, you get to sample Toko sake.

If you join the Samurai Train Tour, you can see a dramatic iaido (居合道) demonstration at the museum, during which a swordmaster slashed through vertical rolls of wet tatami mats as substitutes for human bodies in weight and density. Nevertheless, iaido’s ultimate goal, according to the master, is to become so inherently dominant that you avoid any fight in the first place. ”

Founded in 1803 by the Aizu domain, Nisshinkan was created during the Edo period to educate the sons of high ranking samurai officials who entered the school at 10 years old. It was one of the most prominent samurai schools in the country. At Nisshinkan, the boys learned not only academics but also the spirit, behaviour, and manners of samurai.

Nisshinkan’s history is laced with the tragedy of the famously devoted Byakkotai troop of 19 teenaged boys. When the Byakkotai, composed of boys aged 16 to 17, retreated from the battlefield through theTakizawa Pass and the cave of the Tonoguchi, and reached Mt. Iimori, the boys saw the castle tower of Tsurugajo Castle covered in smoke. They decided to die like a samurai rather than being caught and humiliated by the enemy and killed themselves with their own sword.

In the battle of 1868 that signified the end of the Samurai era, the school’s buildings were burnt down. Today the school has been restored, you can visit the halls, and the swimming pool, which is said to be the oldest in Japan, and even try your hand at the archery range with real wooden arrows and a real bow.

Denkoku no Mori in Yonezawa, Yamagata, is situated adjacent to Matsugasaki Park, home of the Uesugi Shrine. The museum offers a fascinating display of artefacts of the Uesugi Clan that flourished as warriors.

Notable among the many artworks is the Uesugi Rakuchu Rakugai Zubyobu (Folding Screen), considered a national treasure. Take a close look for an overview of life, complete with fauna and flora, of the 2,500 people depicted on the screen some 450 years ago. It was a gift from the famous samurai warrior Oda Nobunaga to the warlord Uesugi Kenshin.

The Uesugi Shrine, located on Yonezawa’s Matsugasaki castle ruins inside the park, was built to honour one of Japan’s most coveted warriors, Uesugi Kenshin, who became a chief general at the tender age of 16 years old. He is regarded as the most powerful warlord of the Warring States period.

It is also a popular place to see the cherry blossom, which looks magnificent in the spring.

Elsewhere on the grounds is the Matsumisaki Shrine, devoted to Uesugi Yozan, who became the feudal lord of Yonezawa at the age of 17 and reformed the Yonezawa domain through political innovation economically. The shrine has special meaning for Yonezawa for the locals and you will often see couples posing for wedding photographs, children wearing kimono for ceremonies, or locals simply out for a walk with their dressed-up dogs.

This restaurant, just around the corner from Denkoku no Mori and Matsugasaki Park, not far from Yonezawa train station, is a convenient place to enjoy traditional Japanese cuisine in a dining room flooded with natural light.

Try the Yonezawa beef, considered to be one of Japan’s top three beef brands. If you enjoy it then explore the shops of Uesugi Joshien and buy a slab or Yonezawa beef for later. Other must-buys are local cherries or a bottle of locally produced pear and grape juice for which the region is so famous.